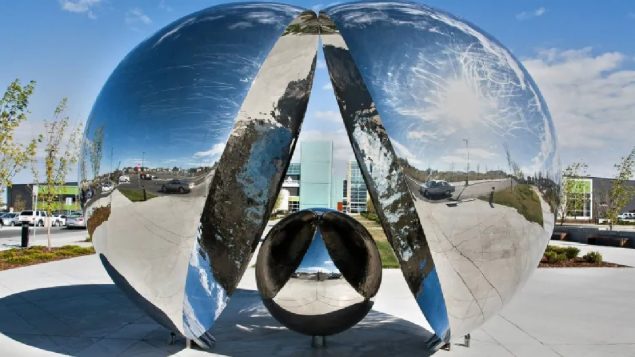 Public art commissioned or mandated by politicians in connection with new developments,has very often been controversial, but rarely is it deemed a safety hazard.

As in Calgary’s case, not all of these works have been well received, but one was deemed a bit too hot, too dangerous. 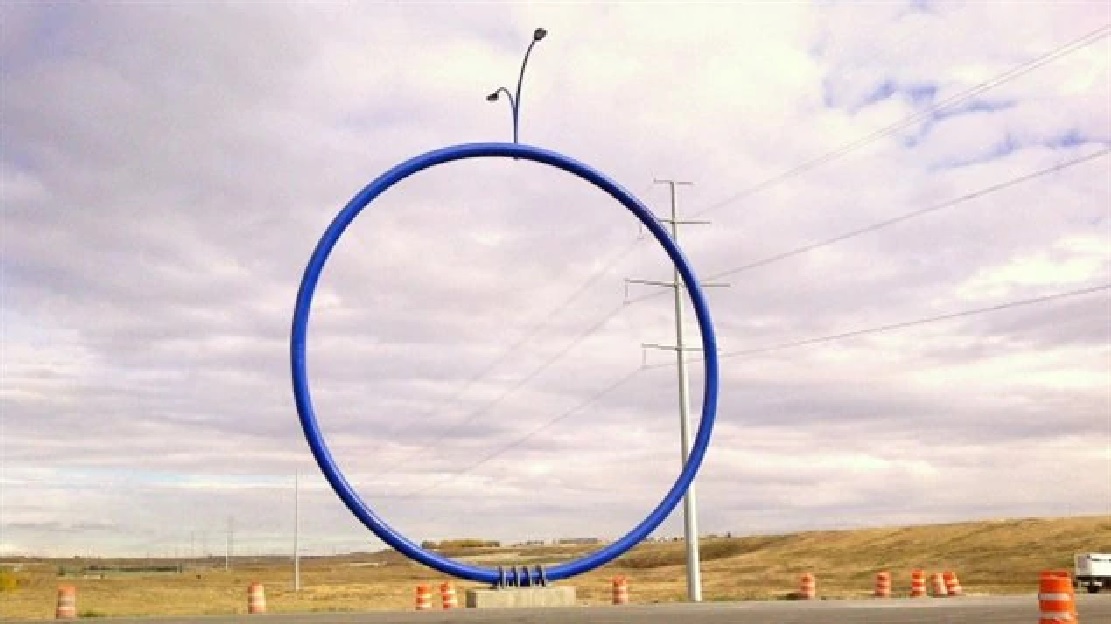 Another controversial public artwork in Calgary, although for aesthetic reasons, as opposed to ‘safety’. The blue ring is 17 metres tall with street lights on top. Designed by a German art collective, it’s called “Travelling Light”. Selected by a committee, the mayor had called it “awful”.
Photo Credit: CBC

Costing over half a million dollars ($559,000) it was installed in 2012 in front of the Genesis Centre of Community Wellness in northeast Calgary.

However, soon after it was installed, the mirror-like surface of the art reflected the sun unto a visitors jacket with such intensity it caused burns through the material. Soon afterward the piece was fenced off and in 2014 it was removed and placed in storage in a warehouse where it has remained out of sight, and out of the sun, ever since. 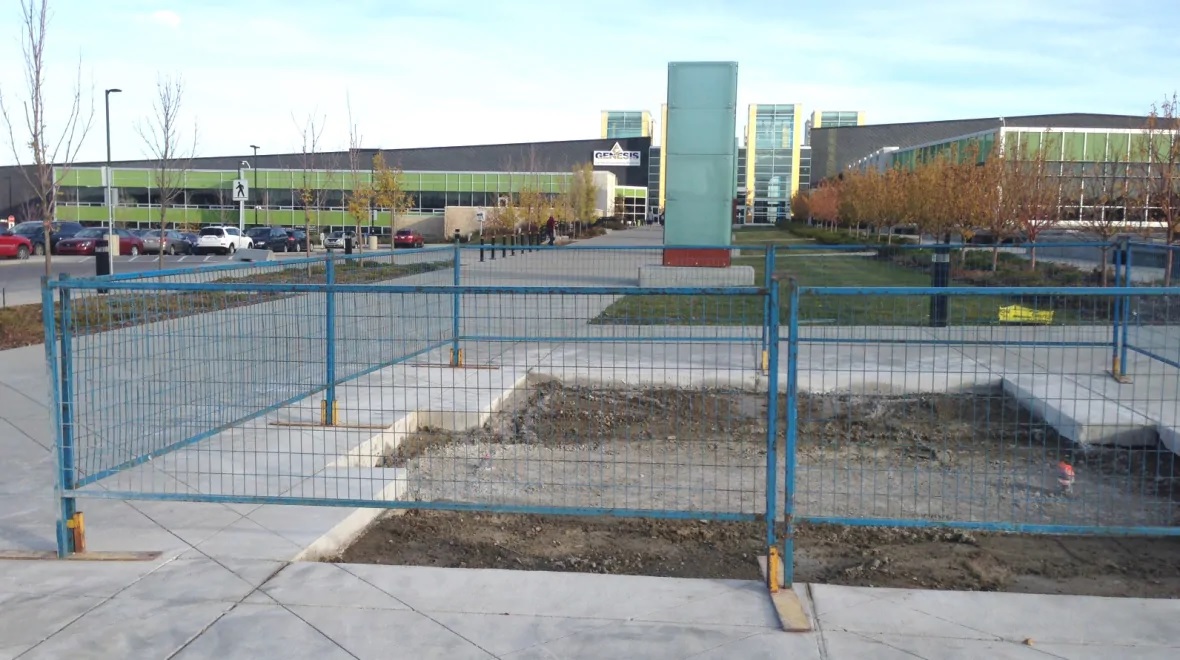 After being deemed a safety hazard the work was removed from public display and placed in storage. (CBC)

Estimates to ‘correct’ the problem set the cost at around an additional $180.000, but that upset many city councilors at least one of whom called it “crazy”.  Some felt the money should be spent on other city needs, and the the piece could simply be moved to a shady or indoor location. 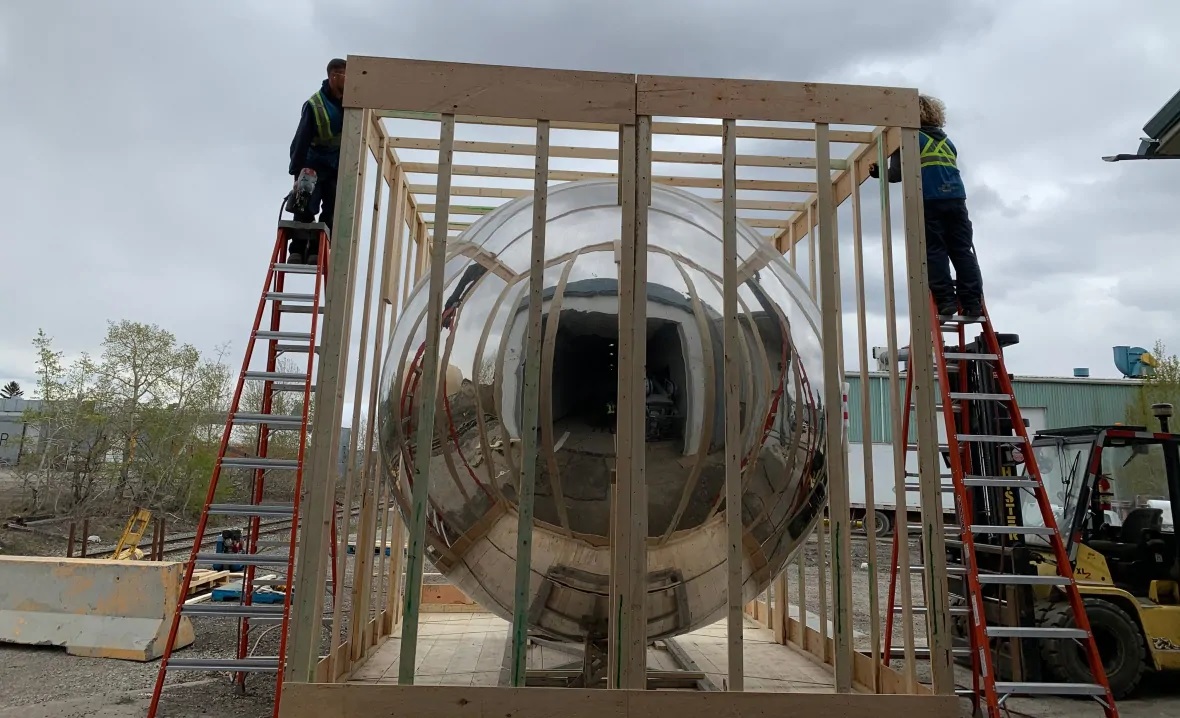 City workers give an indication of size of the crated work. After years of warehouse storage, a private company is working with the city on a new, presumably shady location to return it to public display ( City of Calgary)

Now years later, the city is talking to a private company about proposed installation saying tests have been run at the site and it appears to be safe.  Apparently the company will finance costs of the placement which could come in 2021.