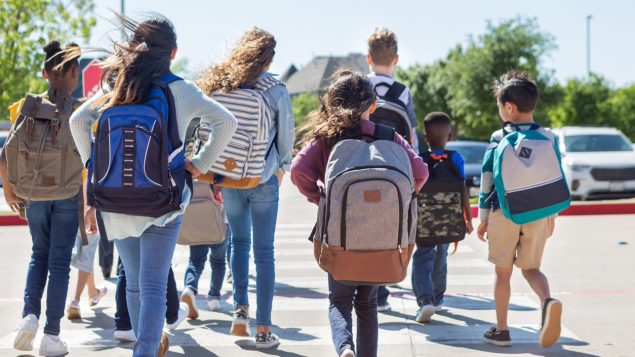 Having more children walk or cycle to school reduces traffic congestion and the risks of injury in school zones, according to an injury-prevention charity. (iStock)

More than one quarter of Canadian elementary students are not going to school regularly, but most parents say that has not improved safety in school zones. In fact, most say congestion and driver behaviour have either worsened or not improved. These are the findings of a September 2020 survey conducted for Parachute, a national charity dedicated to injury prevention and its partner the Aviva Canada insurance company. 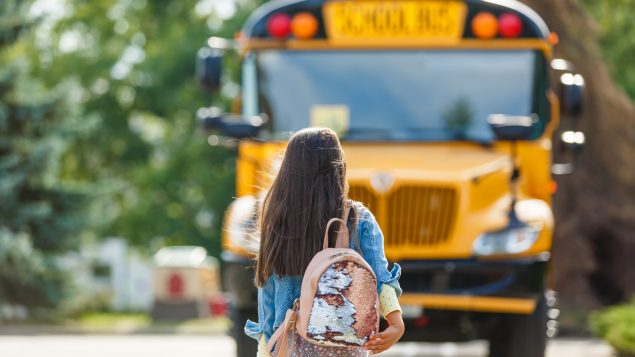 According to the survey, 20 per cent fewer elementary school children are taking school buses or public transport. (iStock)

The survey found 34 per cent of parents have made notable changes to how their children travel to and from school since the pandemic started. More are  being driven by car or are walking. The survey was designed to assess the impact that pandemic health measures are having on school attendance and school zone safety issues.

In September, 71 per cent of elementary students were being driven or were walking versus 45 per cent before the pandemic began. Some 20 per cent fewer are taking school buses or public transport.

The biggest reasons for the changes are concerns around physical distancing to minimize transmission of COVID-19 and changes to work schedules for parents.

One might think that fewer students going to school would improve traffic situations but more than a quarter of respondents said congestions had gotten worse and 42 per cent said it remained the same. Among the biggest concerns were congestion, drivers who speed, don’t obey traffic signs and reverse dangerously.

A key way to improve school zone safety and to reduce injury is to reduce the number of children who are driven to school and instead, have them walk or cycle, says Parachute.

Parents were asked what measures would increase the likelihood that they would have their children walk or cycle to school. Some 41 per cent said none of the suggested measures would encourage them to allow that.

“We want parents and communities across Canada to know that there are proven and effective ways to reduce the risk of injury to children in school zones, “said Pamela Fuselli, President and CEO at Parachute in a statement. “For example, we can improve school zone safety by having fewer vehicles dropping off and picking up, making sure drivers follow the speed limits, and changing the road environment around the school.”

Parachute and Aviva have partnered to bring safer school zones to communities that it has identified as needing change the most. Their Elementary Road Safety program helps communities and schools identify and address the risks to children going to and from school.