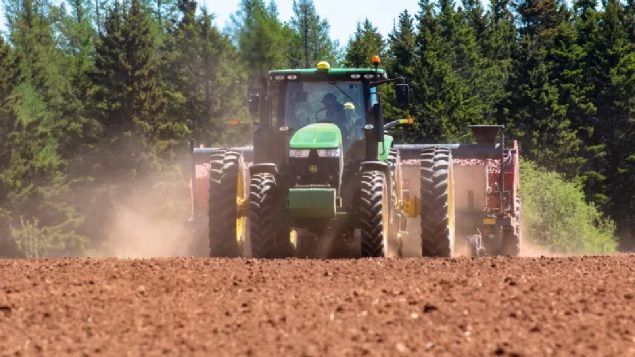 Nitrous oxide has 300 times the warming effect compared to C02, A new international study shows N2O increasing in the upper atmosphere, and most of that comes from farm fertilizers. (Brian McInnis)

While most have heard about the great concern from carbon dioxide and global warming/climate change resulting from burning of fossil fuels, methane gas has become another concern. Released from being from sources such as thawing permafrost and from livestock herds. methane is considered up from 20 to 30 times more potent as a heat- trapping greenhouse gas.

But, there’s a third and rising concern from nitrous oxide which is far more potent still.  One molecule of N2O has the equivalent in its heat trapping ability to some 300 molecules of CO2..

A new study has shown that N2O levels are increasing every year and while some of that gas is from natural sources, and some used in medicine (laughing gas) as a mild sedative, and as a by-product of nylon manufacture and other industrial production, but the greatest amount (about 70%) of the added N2O in the atmosphere is coming from world agriculture and use of nitrogen fertilizer.

The report involving dozens of researchers from 14 countries, was published this month in the science journal Nature under the title, A comprehensive quantification of global nitrous oxide sources and sinks (abstract here) 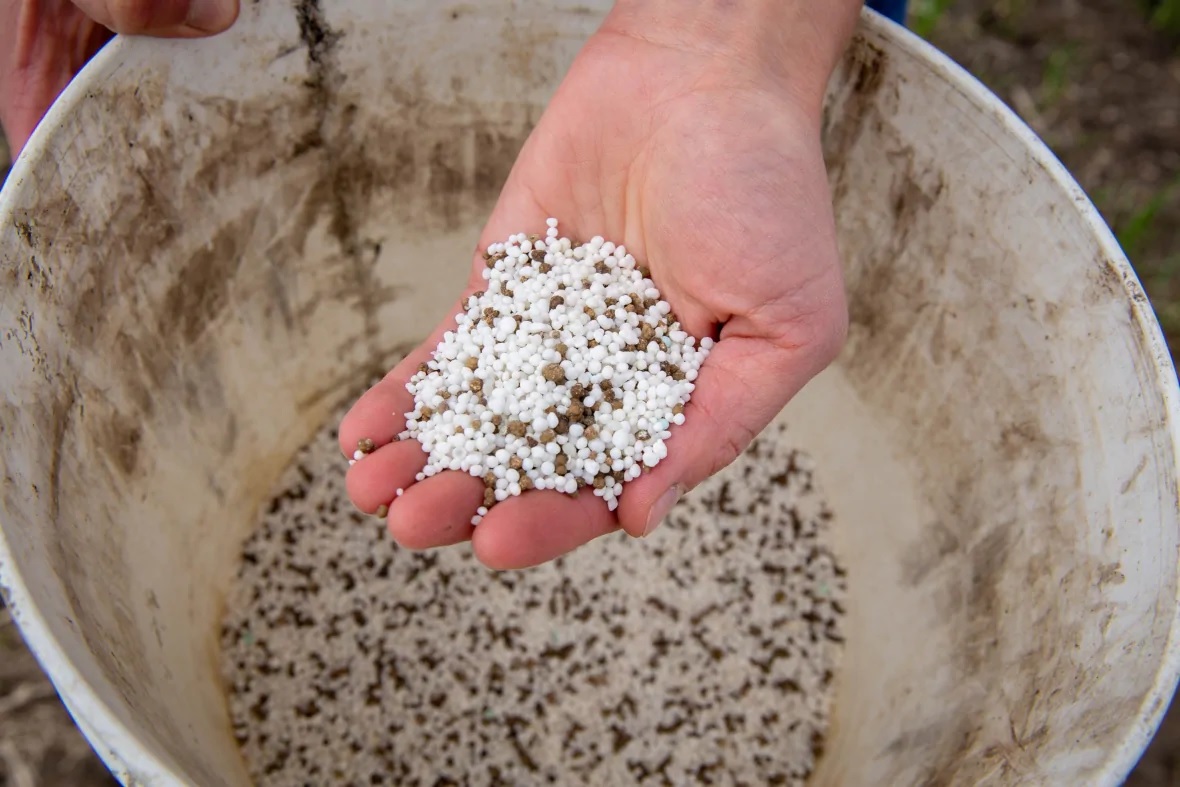 Farmers in western Canada have increased their use of manufactured fertilizer by 150 per cent since the 1980s, according to Agriculture and Agri-Food Canada. Many are trying news methods to reduce its use while maintaining production. In some cases this includes high-tech analysis programmed into equipment to deliver nutrient only to areas of the field where they are needed. (Matthew Howard/CBC)

The study says the increase in N2O has “contributed to stratospheric ozone depletion and climate change“ and that if it continues on its current trajectory it could push the world average temperature up by three degrees Celsius above the pre-industrial average by 2100.

This is far above the target to limit global warming to a 1.5 C rise set by the International Panel on Climate Change (IPCC) for the end of the century and towards the ‘worst case’ climate scenario.

Quoted by the CBC, co-lead author Parvadha Suntharalingam of the University of East Anglia’s School of Environmental Sciences said, “I don’t think many people know about nitrous oxide, I would say, in terms of the magnitude of the emissions. Comparing it to CO2 concerns he said of nitrous oxide, “even though the magnitude of the emissions … is less, the potency of the gas is much stronger”.

The authors noted that 70 per cent of the recent rise in N2O is due to agricultural practices. The study shows that N20 is coming from developed countries in East Asia, South Asia, Europe and North America. but the fastest increase in nitrogen fertilizer users are in China, Brazil, and India.

As for Canada, the federal agency Statistics Canada show that nationally nitrogen fertilzer use has been increasing steadily

In a statement by Farmers for Climate Solutions, Dr. David Burton, professor at Dalhousie Universityin Nova Scotia is quoted saying, “Over the last 50 years in Canada, we have increased our agricultural production by using more nitrogen fertilizer, which has negative impacts on our air, water and soil. We now need to work together as scientists, farmers and governments to ensure we can maintain agricultural productivity and even improve farmer livelihoods while doing so in more efficient ways that use nitrogen from all sources”.

Darrin Qualman, Farmers for Climate Solutions member and Director of Climate Crisis Policy & Action at the National Farmers Union (NFU) was also quoted saying, “There are many promising ways to reduce nitrogen fertilizer use that are being employed on Canadian farms, but despite this, overall nitrogen fertilizer use is increasing across the country,If we’re serious about reducing agricultural emissions, we urgently need government programs that support farmers to scale up and expand these practices.”

Farmers for Climate Solutions is a farmer and rancher-led coalition working towards agricultural climate solutions. The group recently issued their own report on reducing agriculture’s effect on climate. The document entitled “A Better Future Starts on the Farm: and their report called, Recommendations for recovery from COVID-19 in Canadian agriculture”,  details five actions that the Canadian government can take to help farmers reduce emissions, increase resilience and protect Canada’s food supply.

The international authors of this new research say it, “identifies the factors driving the steadily increasing atmospheric levels of N2O, and highlights the urgent need to develop effective mitigation strategies if we are to limit global warming and meet climate goals.”

They say also that agriculture is important and fertilizer is needed but study co-leader Dr Josep ‘Pep’ Canadell, of the Commonwealth Scientific and Industrial Research Organisation (CSIRO) in Australia said in Science Daily, “This new analysis calls for a full-scale rethink in the ways we use and abuse nitrogen fertilizers globally and urges us to adopt more sustainable practices in the way we produce food, including the reduction of food waste.

Noting that Europe as reduced its use of nitrogen fertilizer with no loss of crop production, Dr Parvadha Suntharalingam said  “You just need to make sure that how much you apply when you apply it and how you apply it is carefully managed, and you can maintain crop yields, but you can definitely reduce the emissions from the soils. Managed fertilizer application is a very important mitigation strategy”.

CBC- In our backyard: Aug 5/19: Prairie farmers reduce emissions by changing fertilizer use