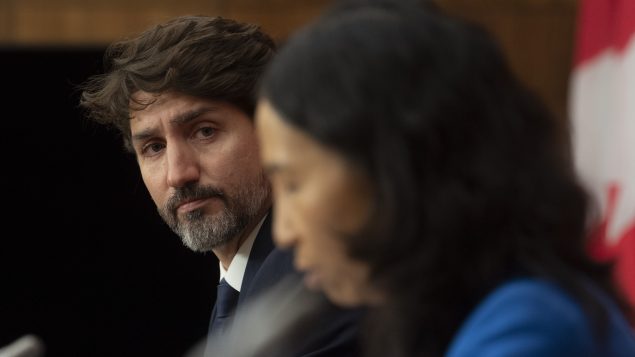 The federal government is doubling up on its efforts to finance the creation and production of a Canadian vaccine against the novel coronavirus and will be investing $214 million towards that goal, Prime Minister Justin Trudeau said Friday.

Ottawa will be providing up to $173 million for Quebec-based pharmaceutical company Medicago, to advance their vaccine candidate and create a production facility in Quebec City, he said.

The federal government has also reached an agreement with Medicago to purchase up to 76 million doses of their vaccine once it’s ready and approved, Trudeau said.

Ottawa is also investing $18.2 million in the Vancouver-based biotech company, Precision NanoSystems, which has also advanced in their work on a vaccine candidate, Trudeau said.

In addition to these two investments into projects that are in fairly advanced stages, the federal government is also investing over $23 million through the Industrial Research Assistance Program for earlier-stage vaccine candidates being developed across the country, the prime minister said.

“From Dartmouth to Burnaby, Canadian researchers are doing great work and we’re here to support that,” Trudeau said.

“When a vaccine is ready, Canada will be too,” Trudeau said.

Health Canada officials announced in early October that they received the first submission to approve a COVID-19 vaccine developed by pharmaceutical giant AstraZeneca in partnership with the University of Oxford.

When asked for a more precise timeline on when the vaccines will be available in Canada, Trudeau said he’s hopeful that vaccines can be deployed in the early part of 2021.

“Nothing will be distributed in Canada until Health Canada is absolutely certain that the safety of Canadians is being properly covered and taken care of,” Trudeau said.

“We were hoping that the vaccines would arrive yesterday, but they won’t. There’s still more months of work to do. We all want to get this crisis behind us as quickly as possible. We’re working on a vaccine safely, responsibly and quickly.”

Trudeau said Canada has also received hundreds of thousands of the Abbott Panbio rapid tests, which are currently being distributed across the country.

Two trucks of the other Abbott rapid test – ID NOW, have also arrived in Ontario, with more coming soon, he added.

“In the weeks to come, we will continue to support the provinces and territories as we get tests out to the frontlines,” Trudeau said, adding that it would be up to the provinces to decide how they use these rapid tests.