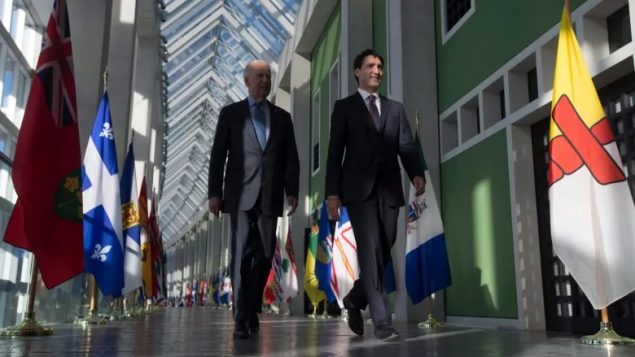 Then-Vice-President Joe Biden and Prime Minister Justin Trudeau walk to a meeting at the First Ministers and National Indigenous Leaders Meeting in Ottawa in 2016. (THE CANADIAN PRESS/Adrian Wyld)

I just spoke with @JoeBiden, and congratulated him again on his election. We’ve worked with each other before, and we’re ready to pick up on that work and tackle the challenges and opportunities facing our two countries – including climate change and COVID-19. pic.twitter.com/wldIwLSz5H

Sources told the CBC’s Kathleen Harris that the COVID-19 pandemic was the primary focus of the discussion.

As well, Harris reports, “the two men also discussed the bilateral trade relationship and the Buy American policy, China and the prolonged arbitrary detention of Michael Spavor and Michael Kovrig, the Keystone XL pipeline and participation in international bodies.”

Trudeau delivered his message Saturday morning shortly after their victory was declared.

Please read my full statement on the result of the US presidential election: https://t.co/ouQ2U1vnnc

“On behalf of the Government of Canada, I congratulate Joe Biden and Kamala Harris on their election as the next President and Vice-President of the United States of America,” read the statement.

“Canada and the United States enjoy an extraordinary relationship — one that is unique on the world stage. Our shared geography, common interests, deep personal connections, and strong economic ties make us close friends, partners, and allies.”

(President Donald Trump has not conceded and he and the Republican Party are waging a series of legal challenges to the vote because, they say, it was fraudulent. They have submitted no evidence to back the charge.)

Conservative Erin O’Toole, the Leader of the Oppostion, also tweeted his congratulations.

As the world awaited the results of last Tuesday’s U.S. vote, Trudeau and O’Toole said little–other than promising to uphold Canadian interests whatever the outcome.

Both also said they were prepared to work with Trump, should he be re-elected.

Singh and Bloc Quebecois Leader Yves-François Blanchet had previously expressed their desire to see Trump ousted from the White House. 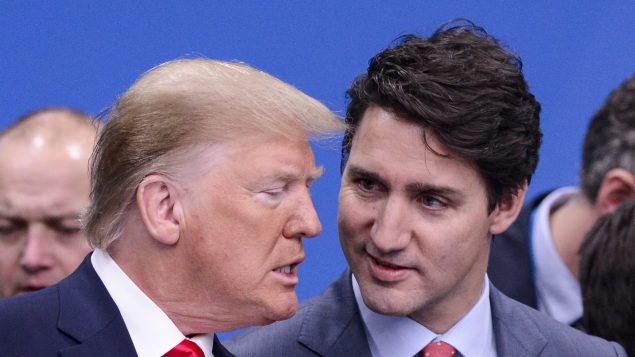 The election results will please a great many Canadians.

A recent Léger poll found that 84 per cent of the Canadians it polled supported Biden over Trump.

However, a sizeable number of people in Alberta said they would support Trump over his Democratic opponent.

The Léger poll found 68 per cent of the Albertans polled supported Biden while 32 per cent supported Trump. 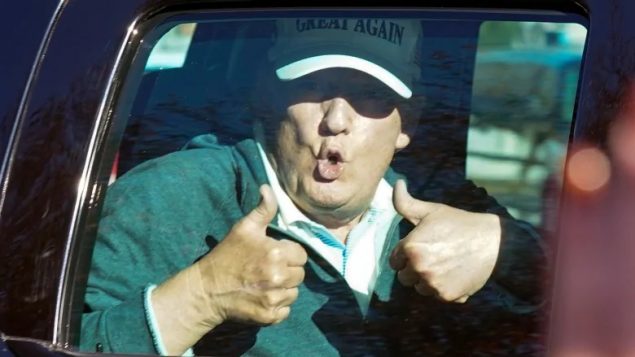 U.S. President Donald Trump gives two thumbs up to supporters as he departs after playing golf at the Trump National Golf Club in Sterling, Va., on Sunday. Trump and his supporters have promised more legal challenges to the U.S. election result and they’re looking to raise millions of dollars to finance the campaign. (The Associated Press/Steve Helber)

“In international affairs, stability and predictability are key elements in order to build these relationships. So certainly we look forward to doing that,” Champagne said.

“We’ve seen for more than a century now this close relationship between our two countries. And we can be a force for good in the world.”

With fIles from CBC, CP