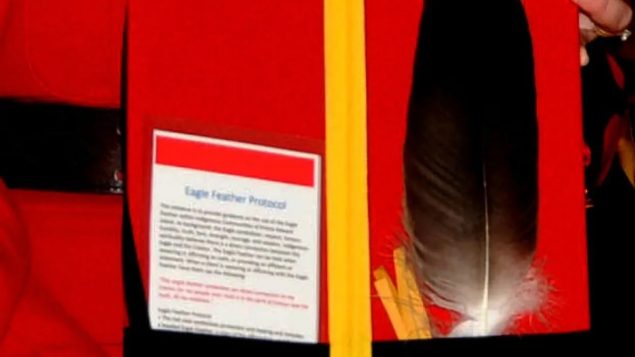 In an effort to improve the relationship between Canada's Indigenous communities and the country's national police force, all RCMP detachments in Prince Edward Island now have an eagle feather that can be used in the same way as a Bible or legal affirmation in swearing oaths. (PEI RCMP)

Another milestone has been passed as Canada continues to inch toward reconciliation to repair a fractured relationship with First Nations peoples.

People living in the tiny Maritime province of Prince Edward Island can now swear oaths with an eagle feather, a deeply revered symbol in native culture.

Every RCMP detachment on P.E.I. now has an eagle feather that can be used in swearing an oath, in the same way as a Bible or legal affirmation can.

The change follows a collaboration between the Mi’kmaq Confederacy of P.E.I.’s Indigenous Justice Program and Canada’s national police force. 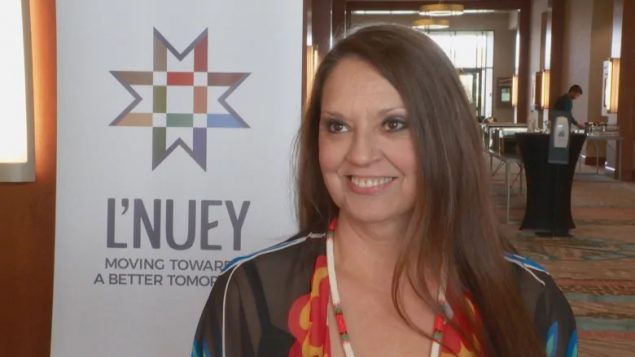 “In our culture the eagle is considered to be the messenger to the creator,” Darlene Bernard, chief of the Lennox Island First Nation, told the CBC’s Tony Davis.

“To be given an eagle feather is a huge honour in our culture.”

The RCMP’s commanding officer in P.E.I., Chief Superintendent Jennifer Ebert, says enhancing relationships with Indigenous communities is a priority for the force, which has been dealing with charges of racism–including a heated conversation between the force’s commissioner and the prime minister--through much of 2020.

“It’s our hope that the ability to provide this option of an eagle feather during all interactions at our detachments provide comfort, and strength and guidance to all Indigenous persons,” Ebert told Davis. 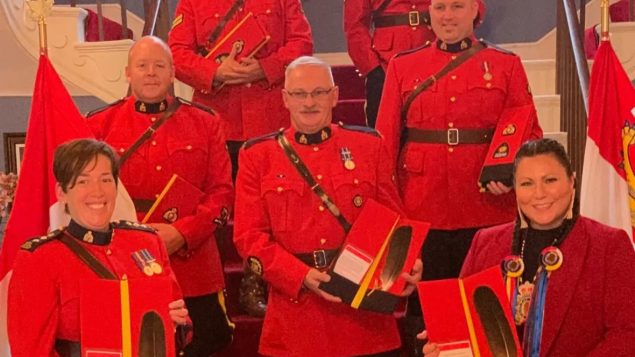 Chief Bernard said the RCMP and Indigenous people need to come together to solve issues between the two communities, which she described as not all “sunshine and roses.”

“Now with social media, people see what’s going on in other places. When there is a disruption in another Mi’kmaq community and the police are brought in and something happens,” she told Davis.

“People see that and that kind of reverberates throughout the whole of Mi’kma’ki.” 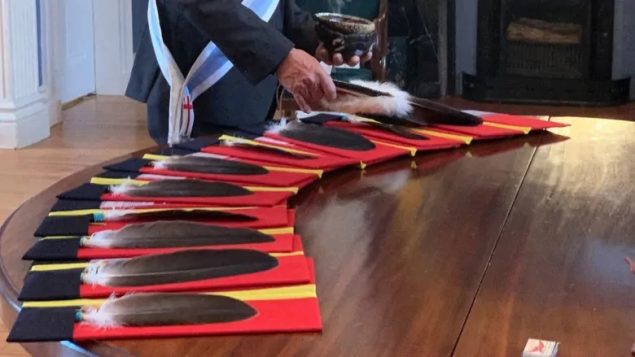 Before the feathers were handed over to Island RCMP detachments they went through a smudging (cleansing) ceremony. (Mi’kmaq Confederacy of Prince Edward Island Indigenous Justice Program/Facebook)

“We need to have the RCMP standing at our side not in front of us.” she says.

“We need them at our side.”

P.E.I. is the latest province to make the cultural adjustment.