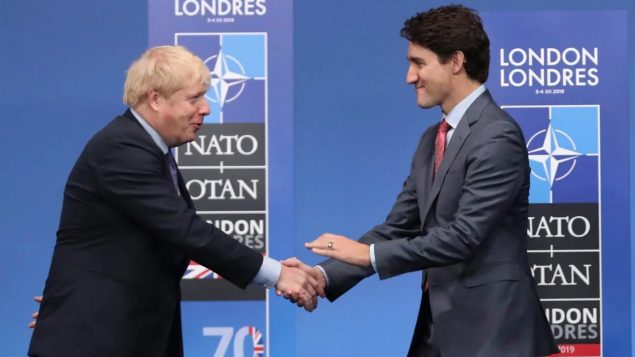 British Prime Minister Boris Johnson, left, welcomes Prime Minister Justin Trudeau during official arrivals for a NATO leaders meeting at The Grove hotel and resort in Watford, Hertfordshire, England, Dec. 4, 2019. The two prime ministers spoke earlier this week about Canada-U.K. trade ties. Trudeau says he is confident a new trade agreement can be reached by the enc of this year. (The Associated Press/Francisco Seco)

A post-Brexit trade agreement between Canada and the U.K. will very likely be in place by the end of the year, according Prime Minister Justin Trudeau.

Although the United Kingdom left the European Union in January, the terms of the EU’s Comprehensive Economic and Trade Agreement (CETA) with Canada continue to apply until Dec. 31.

Until then, Britain remains a member of the EU and is still bound by the continent’s sweeping free-trade deal with Canada on goods and services.

Appearing at a digital event hosted by the Financial Times on Wednesday, Trudeau said he spoke this week with British Prime Minister Boris Johnson and they both believe a deal can be done by Jan. 1. 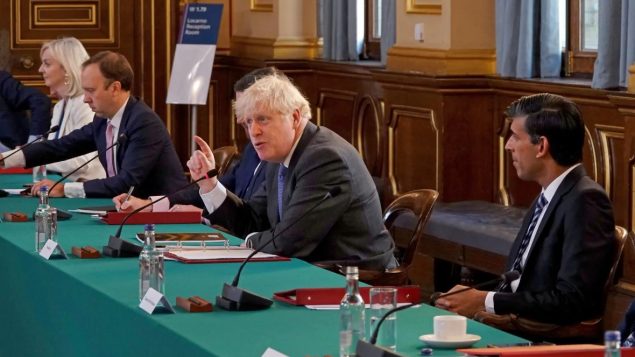 Trudeau says a deal should be relatively straightforward to manage but added that “negotiation rust” in the U.K., which has not had to work on a trade deal of its own in years, could present a challenge.

“Canada is a really easy one — we’re there for it, we’d like to do it, so I’m very hopeful that it’s going to get done, but that is really up to the U.K. government,” Trudeau said.

“We know how to negotiate trade deals,” Trudeau said, noting that over the past several years, Canada has negotiated the North American Free Trade Agreement (known now as the USMCA) signed the Trans-Pacific Partnership agreement  and negotiated the Canada-EU trade agreement.

Canada exports to the U.K. totalled US$14.92 Billion during 2019, according to the United Nations COMTRADE database on international trade.

With files from The Canadian Press, CBC (Janyce McGregor)