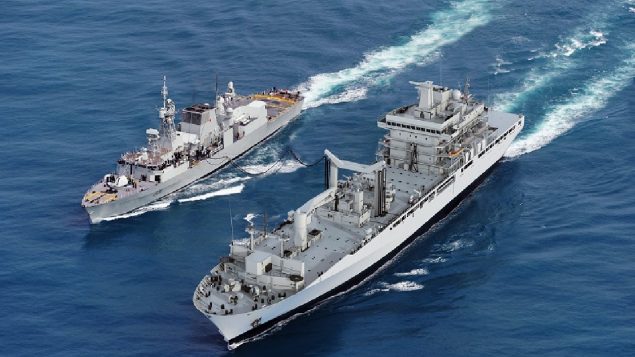 Artist rendering of a new Joint Supply Ship. The ships are under construction, but a study shows it may be much cheaper to have gone with converted cargo ships. ( Govt of Canada)

Anyone who follows Canada’s military procurement knows it is and long has been, fraught with issues, delays, changes, and costs.

A new report suggest Canada could have had new naval supply ships, if it hadn’t delayed the original programme years ago, and/or if it decided to buy converted cargo vessels.

Plans for replacement of the two then existing supply ships dates back to 2004, with three new ships to be available by 2012.  Various delays and cost overruns stalled the programme which was restarted in 2010.  However, both existing ships encountered serious and costly issues resulting in them being withdrawn early, leaving the Navy with no supply vessels. 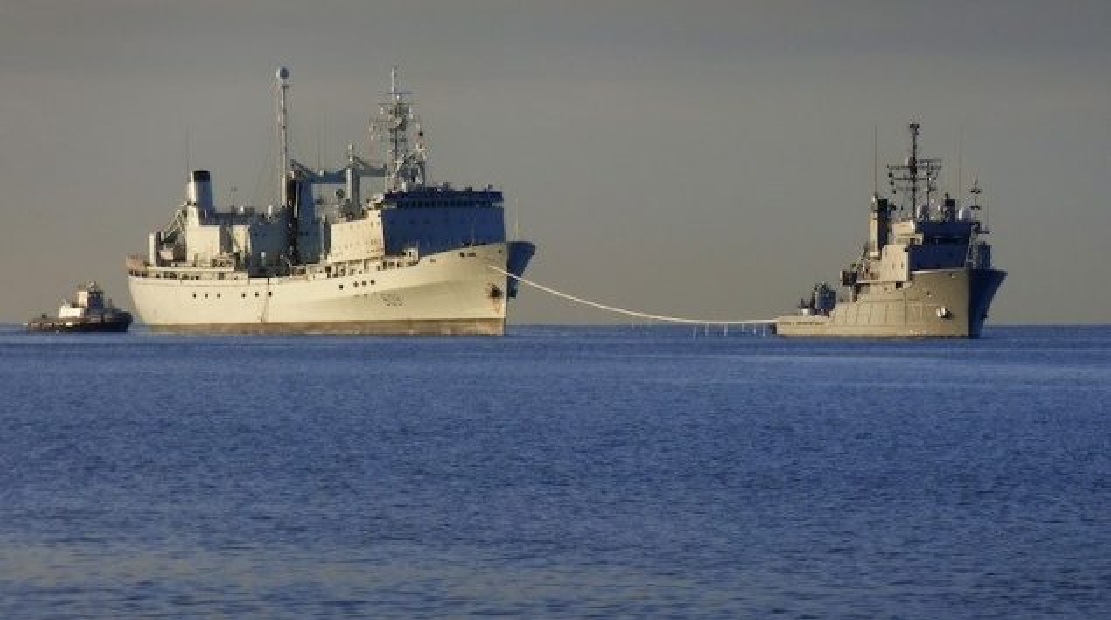 HMCS Protecteur, being towed to Hawaii in 2014 after a major engine fire. It would later be towed to Canada, where repairs were deemed too costly for the aging ship. The other supply ship, HMCS Preserver was withdrawn also in 2014 due to rust and ongoing electrical problems and was paid off in 2016 leaving Canada with no supply ships ( U.S Navy)

To deal with the issue, the Conservative government let a sole-source $700m contract to Davie Shipyard to acquire and convert a commercial ship into a supply vessel in 2015. The newly elected incoming Liberal’s  then wanted to pause and re-examine the deal. The navy however needed the ship and a controversial political battle ensued with the Liberal government charging a high ranking naval officer with breach of trust for allegedly leaking confidential documents. Eventually the government dropped the case and the ship, MV Asterix, was completed and is now leased to the Royal Canadian Navy and known as an Auxiliary Oiler, Replenishment ( AOR).  The Davie Shipyard in Quebec is pushing for the navy to acquire a second such ship which would be known as, MV Obelix.  The

But what about the military ships?

Canada has ordered two ‘Joint Support Ships’ (JSS) being built in Vancouver. But as is expected, costs have risen from the original $3.4 billion, to $4.1 b.  The first ship is expected to be completed in 2023, the second two years later. 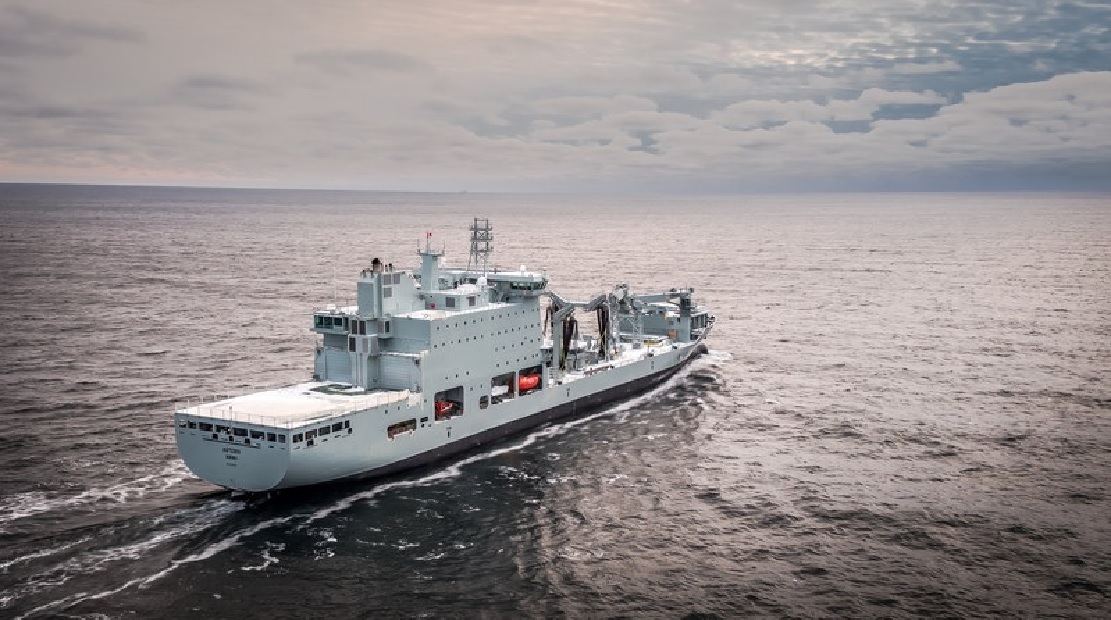 Now the Parliamentary Budget Officer, Yves Giroux, has released a report on the comparable costs. The study was launched in June at the behest of a Conservative Member of Parliament and the Parliamentary committee on operations and estimates.

The report says the government could buy, not lease, the two converted ships for about $1.4 billion, far less than the cost for the two JSS.  The PBO admits that the various capabilities of  the converted ship and the purpose-built military ship were not considered in his study.

The Department of Defence quickly responded and defended the JSS programme in a statement today saying the two types of vessels are in fact vastly different:

“These additional features provide a survivability that is critical to ensure the safety of our sailors in high-risk areas, as the Royal Canadian Navy (RCN) must have the capability to maintain a persistent presence in high-threat areas if the security of Canadians demands it. No modifications to MV Asterix could provide the survivability offered by a built-for-purpose ship. Purpose-built warships like the Joint Support Ships provide the best available protection for our sailors with a military design that incorporates higher damage control standards and counter-measures against threats from torpedoes, mines, or missiles.” 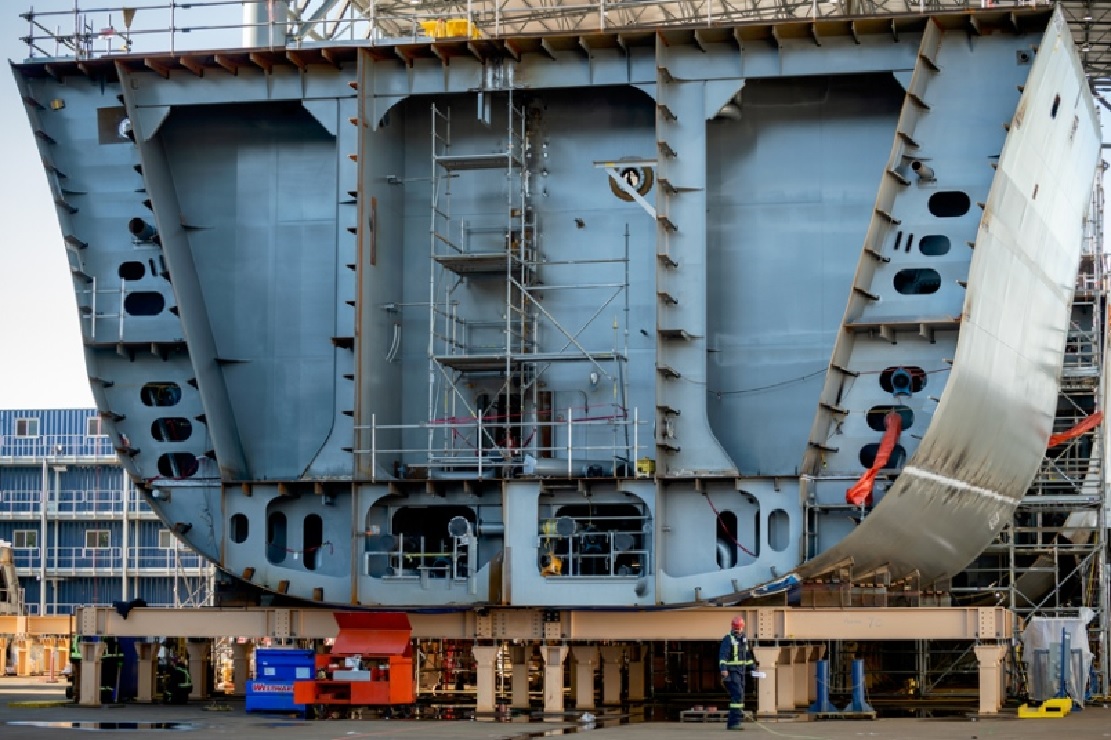 Still, at least one expert is not quite convinced. Quoted by the CBC, defence analyst Dave Perry says the argument that the supply ships must be ready for war zones may be a stretch. He says in a conflict area supply ships are moved away from danger as they are “floating gas cans”. He also wondered about the value of the $3 billion difference in the two options. Davie Shipyard also discounts the claim saying MV Asterix has been serving the RCN for two years with no issues.

The question may be moot however as Yve Giroux noted it’s probably too late for the government to back out of the JSS programme. He also said that had the government followed through on the original plan, the RCN would have more capable ships at a lower price than the $2.3b they had then budgeted for.