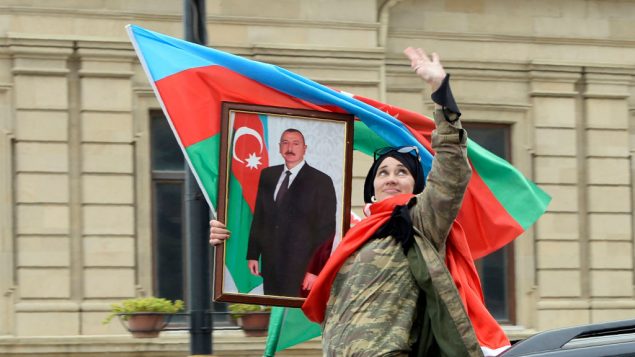 A woman holds the national flag and a portrait of Azerbaijan's President Ilham Aliyev as people celebrate in the streets of the capital Baku on Nov. 10, 2020, after Armenia and Azerbaijan agreed a ceasefire following a string of Azeri victories in fighting over the disputed Nagorno-Karabakh region. (Tofik Babayev/AFP via Getty Images)

The Nagorno-Karabakh Knot – Episode 4: A prelude to peace?

The conflict in Nagorno-Karabakh has left deep scars and festering wounds in Armenia and Azerbaijan, affecting every aspect of social, economic and political life in both South Caucasus countries.

Radio Canada International spoke with Azerbaijani author and journalist Arzu Geybullayeva about the impact of the Nagorno-Karabakh conflict on the Azerbaijani society and what Azerbaijan’s victory in the latest war means for the country’s future and the prospects of an eventual peace with Armenia. I reached her in Istanbul, Turkey. 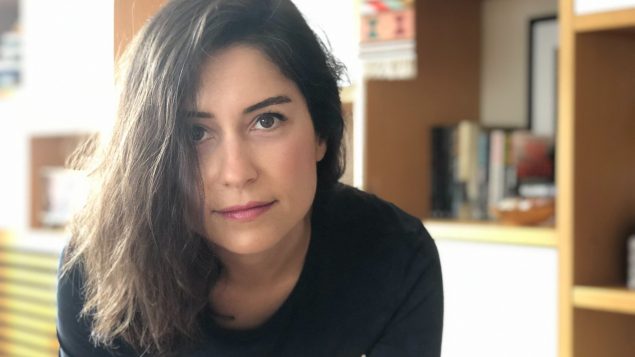