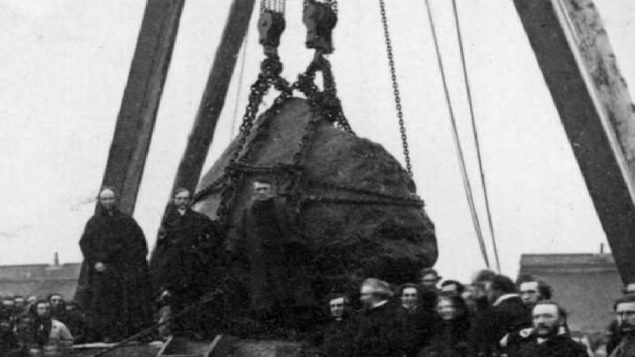 On this date in 1859, contractors placed a 30 ton 3m tall black rock "The Irish Commemorative Stone" at the Montreal entrance to the railway bridge they built across the St Lawrence. It was placed in memory of the thousands of Irish immigrants who died there of typhus before they could start their new lives in Canada ( William Notman-McCord Museum)

If one looks at the city flag of Montreal it shows symbols representing the four founding peoples of the city, the fleur de lys of the French, the rose of the English, the thistle of the Scots, and the shamrock of the Irish. In 2017, a fifth symbol, a pine tree, was added to represent the Indigenous population of Mohawk

The Irish were an important contribution to the development of the young city. But there was tragedy for them in the new land as well. 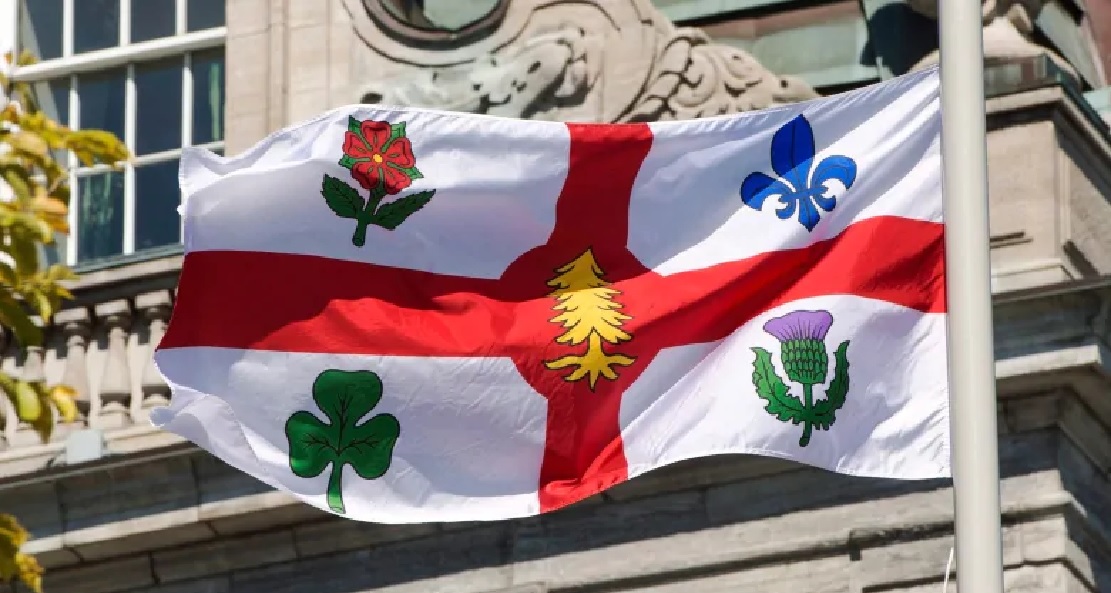 It was on this date in 1859 that the contractors of Peto, Brassey, and Betts erected a huge black rock to commemorate the loss of many lives of those who left the Irish famine hoping for a better life in the new land.

Around 1847 aboard cramped ships in terrible conditions, many of the tens of thousands would became victims of typhus, also then known as “ship fever”.  Possibly a few hundreds or more were buried at sea. Others died when they reached the colony of Canada in New Brunswick. Still more were taken off at the isolation point of Grosse Isle a quarantine island just downstream of Quebec City.  Those thought to be alright were allowed to proceed upstream to  Montreal.

Alas, thousands were not alright and developed the fever along the way. As they arrived, those with the disease were isolated into special buildings called ‘fever sheds’ in the Point St Charles district. With few resources, and limited medical knowledge at the time, some 6,000 never survived.

The stone sits on a narrow median in the middle of two busy lanes of traffic, and few know that there are vast numbers of bodies buried beneath ( Google streetview)

To Preserve from Desecration the Remains of 6000 Immigrants Who died of Ship Fever A.D. 1847-48 This Stone is erected by the Workmen of Messrs. Peto, Brassey and Betts Employed in the Construction of the Victoria Bridge A.D. 1859″  (inscription on the rock)

They were buried in mass graves in and around the area. Indeed it is believed to be the largest single Irish gravesite outside of Ireland.

A decade later as the contractors built the still standing Victoria Bridge for the Grand Trunk Railway, they erected the huge black rock as a memorial at the entrance to bridge and atop what is believed to be one of the mass graves.

The memorial however has been difficult to get to as it sits on a narrow median between the two busy roadways to and from the bridge. 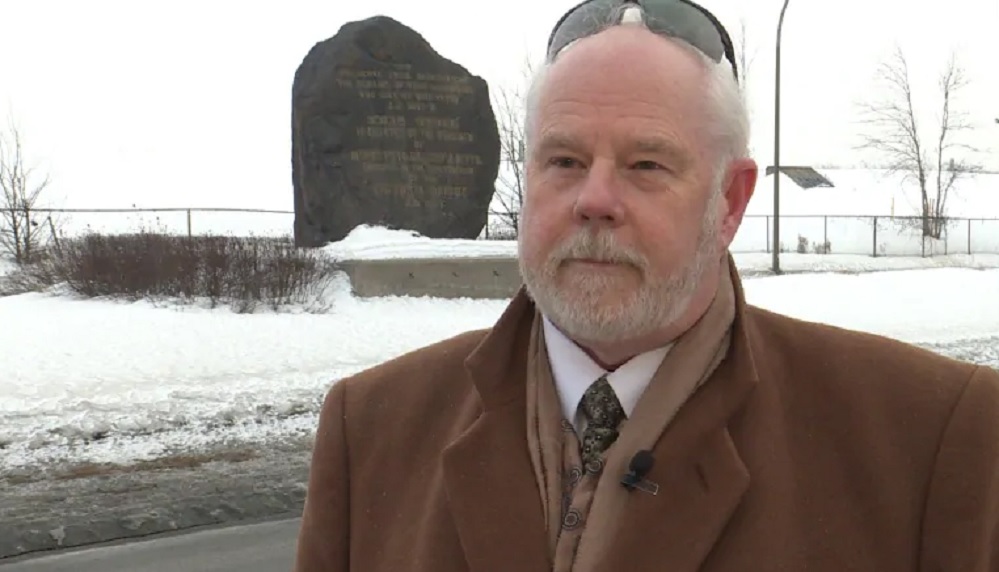 Victor Boyle is a director with the Montreal Irish Memorial Park Foundation. He stands in front of the huge stone dredged from the St Lawrence during construction of the bridge. For many years the foundation has been seeking a more appropriate, accessible setting for the memorial (Matt D’Amours/CBC)

The local Irish community has long lobbied for a park space for the memorial as a suitable and easier access site to commemorate those thousands of lost lives.

With plans to develop a light rail station in the area the effort has gained momentum as the stone is only a short distance from one of the pylons supporting the railway will be  located a short distance away. Indeed as the large tube-like hole was created, the bone fragments of some 14 people were found in just that tiny area along with fragments of wood believed to be from coffins.

In 2017 a nearby parcel of industrial land was purchased by Hydro Quebec for a substation, and it was thought the area sought by The Irish Memorial Park group was lost. However, the group and Hydro Quebec are now working towards setting aside a small parcel  or that the city might relocate a road and ii is hoped that a small park like area can be set aside for the stone and to the memory of those thousands of hopeful Irish immigrants who succumbed to typhus.