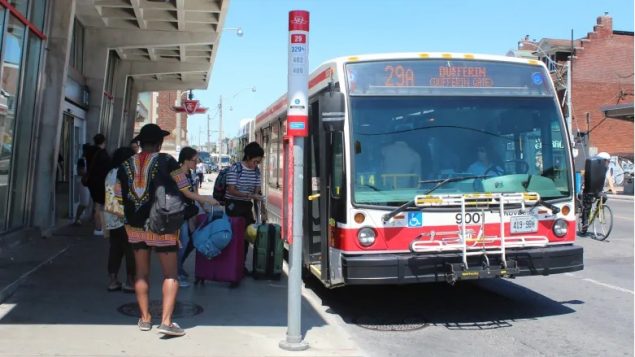 Passengers board a TTC bus. The TTC is exploring the idea of 'platooning' of two or more buses on busy routes or busy periods. (Lauren Pelley CBC)

You’re waiting at the bus stop with several other people and coming your way you see two or three buses. There’s nothing unusual about that as it is a very busy route which often has two or more buses arriving at the same time to handle the passenger load. The vehicles come to your stop, but the first one is crowded so you board the second, but wait, there’s no driver?

This could be the case in future in Toronto, Canada’s biggest and most densely populated city.

The idea is called ‘platooning’ where the first bus has a driver, but the following buses do not.

With various individual sensors of their own, they are also linked to the first through wireless technology to follow and exactly mimic the actions of the ‘controlling’ first bus and driver.

In its October 2020 fleet procurement strategy and plan, the Toronto Transit Commission (TTC) describes platooning this way, “Bus platooning is the linking of two or more buses in a tightly grouped convoy. The bus at the head of the platoon would act as the leader and would be operated by a human driver. The buses behind, connected through a virtual coupler comprising of sensors, cameras, and wireless tethering, would react in real-time to the leader’s commands to steer, accelerate, or brake”.

The report notes that while the technology has not yet been developed for buses, platooning is already being used in commercial trucking on public roads and in some subway systems. 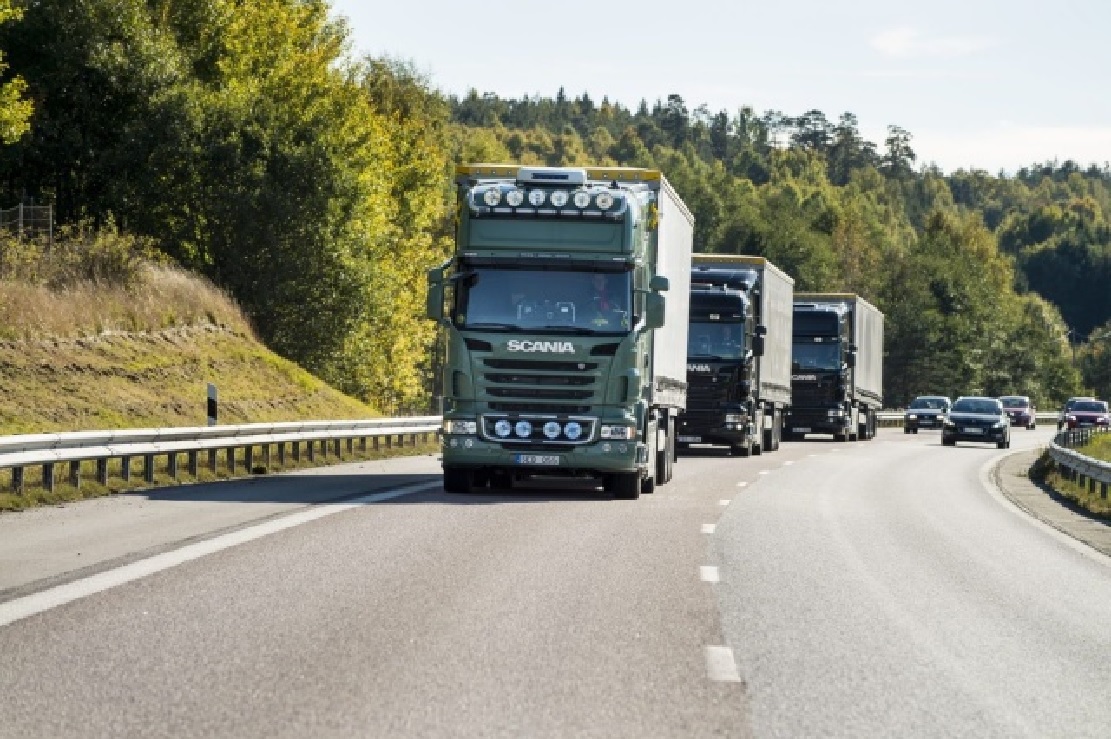 An example of truck platooning. Only the first truck has a driver in this Scania vehicle test in Singapore in 2017 (Scania-Dan Borman)

Such a semi-autonomous technology could be available years before fully autonomous vehicles but provide many of the same benefits.  The TTC is consulting with bus manufacturers towards demonstration trials in 2021.

The TTC is also looking towards new safety systems with a view towards reducing collisions involving both busses and streetcars (trams) especially when the vehicles are making turns.  Between 2014 and 2019, TTC transit vehicles were involved in almost 16,000 collisions and costing several million dollars annually in claims.

Other projects being explored include ‘virus’ mitigation technologies aboard the vehicles and policies to reduce concerns for passengers, not only for the current SARS-CoV2, but also “the risk of the next virus”.