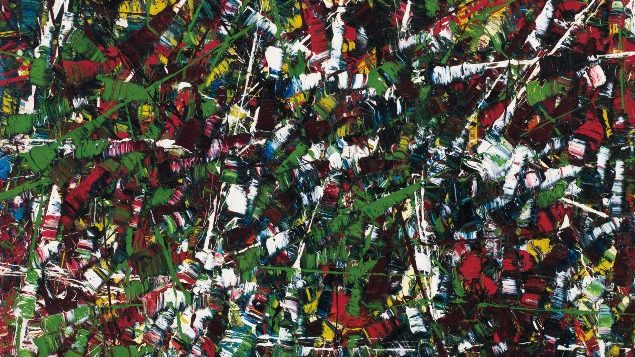 More than 100 pieces by Canadian artists were presented to a global audience at an online auction on December 2, 2020. Major art works by Jean Paul Riopelle, James Wilson Morrice and Alex Colville were highlighted. Overall, the sales amounted to $15 million.

The Heffel Fine Art Auction House presented more than 100 of what it calls museum-quality artworks which clients could see from the comfort of their homes. Heffel specializes in Canadian art having sold more than half a billion dollars worth since 1978.

Seven works by Jean Paul Riopelle were sold at this event. An untitled work called 1953 Sans titre sold for $1.44 million. La Ligne d’eau, a large scale canvas from his series of iceberg paintings sold for $1.26 million. 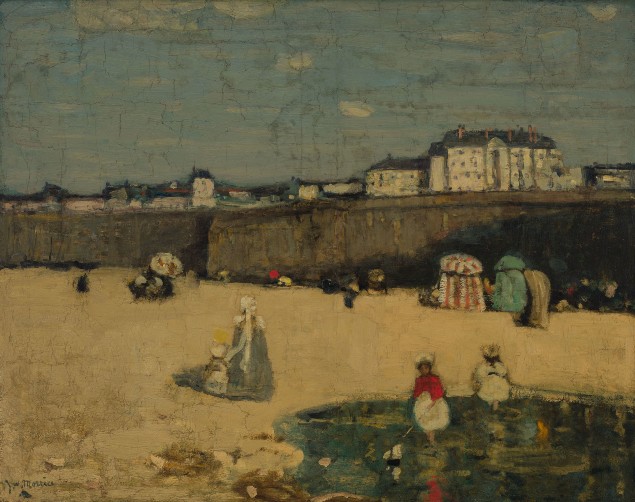 Paintings by Alex Colville are said to be rare to come to market. His dramatic Woman with a Revolver sold for $841,250.

There were important works from the renowned Group of Seven. This group, also called the Algonquin School, was founded by seven landscape painters who called themselves modern artists. They presented images of the dense, boreal forest and the rocky Canadian shield. “Their depictions of Canada’s rugged wind-swept forest panoramas were eventually equated with a romanticized notion of Canadian strength and independence,” notes The Canadian Encyclopedia. Often they used bright colours and bold, dynamic forms. Among the works by this group that were sold at this auction were Sand Lake, Algoma by Lawren Harris  and Ontario Mining Town, Cobalt  and Winter Morning, Laurentians at St-Tite by A. Y. Jackson.