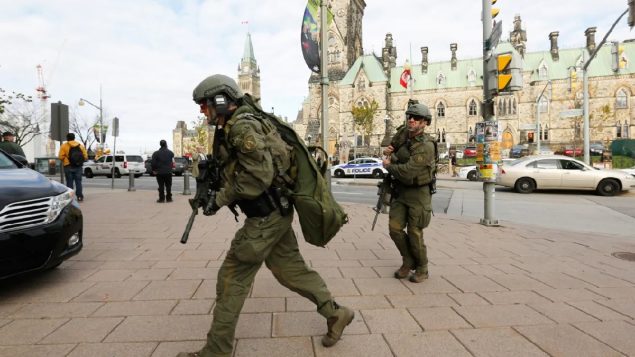 Members of the RCMP tactical squad take up positions across from Parliament on Oct.22, 2014 after a gunman entered the Centre Block (seen in the distant background) and began a shootout inside with security guards ( Reuters)

It was an episode that shocked Canadians across the entire country, and made headlines around the world.

Wednesday, October 22, 2014 started as a typical workday morning as people were going about their business, and Members of Parliament were gathering for the day’s session.

Just before 10.00 a.m., a gunman came from behind the national war memorial in Ottawa and shot and killed Cpl Nathan Cirillo, a ceremonial guard at the Tomb of the Unknown Soldier in the national capitol. 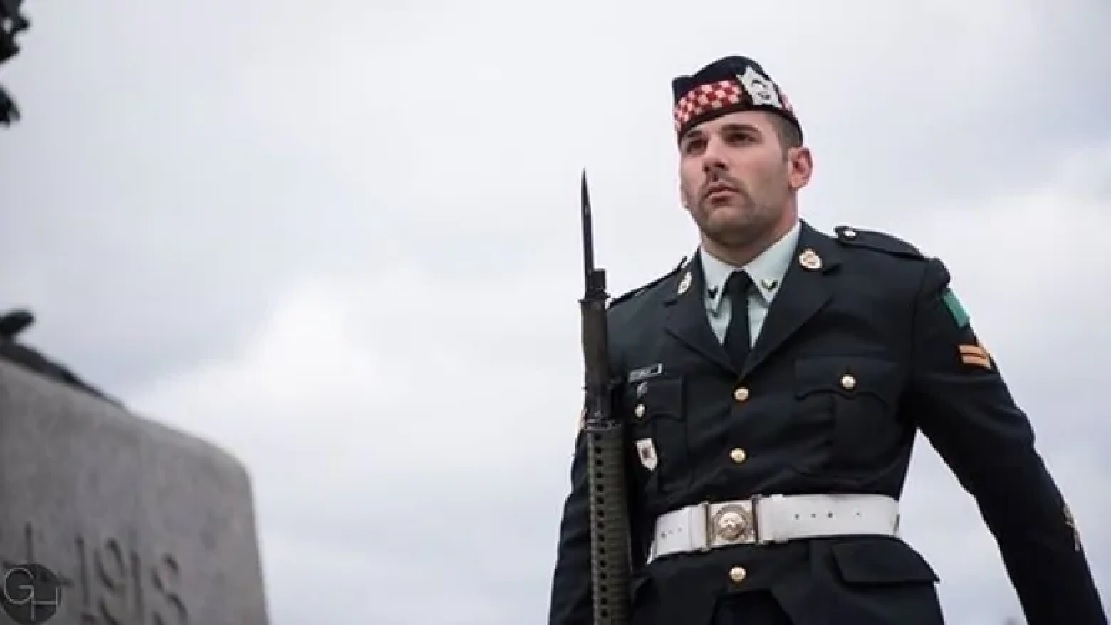 Photographer Cody Slavik took this image of Cpl. Nathan Cirillo as he was guarding the National War Memorial in Ottawa hours before he was shot and killed on Oct. 22, 2014. (Cody Slavik via CBC)

He then ran across the street and into Canada’s Parliament buildings where a gun battle with security staff and RCMP ensued in the Hall of Honour between the front entrance and the Parliamentary library. After several minutes of gunfire, the shooter, Michael Zehaff-Bibeau of Montreal was killed. It was later discovered he was a sympathizer with Islamic militants.

Some 50 shots were fired during the battle leaving holes and scars in the walls and doors of the building. 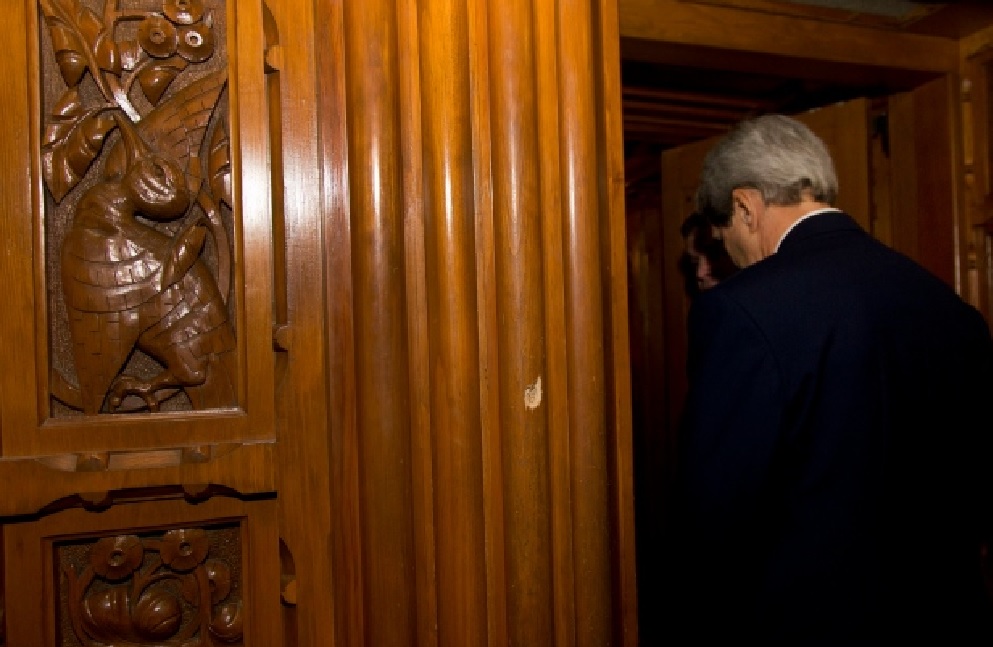 A  close up of a bullet hole in the outer door frame of the library. Other chips in the stone work from bullet impacts will also be left as is during the renovations (AP Photo-Carolyn Kaster, Poo)

Parliament is currently undergoing extensive renovations to the building which is now over 100 years old. it’s the first major renovation since the centre block was completely rebuilt following a destructive fire in 1916. Only the magnificent library at the back of the building was saved from that fire and retains ifs original structure. 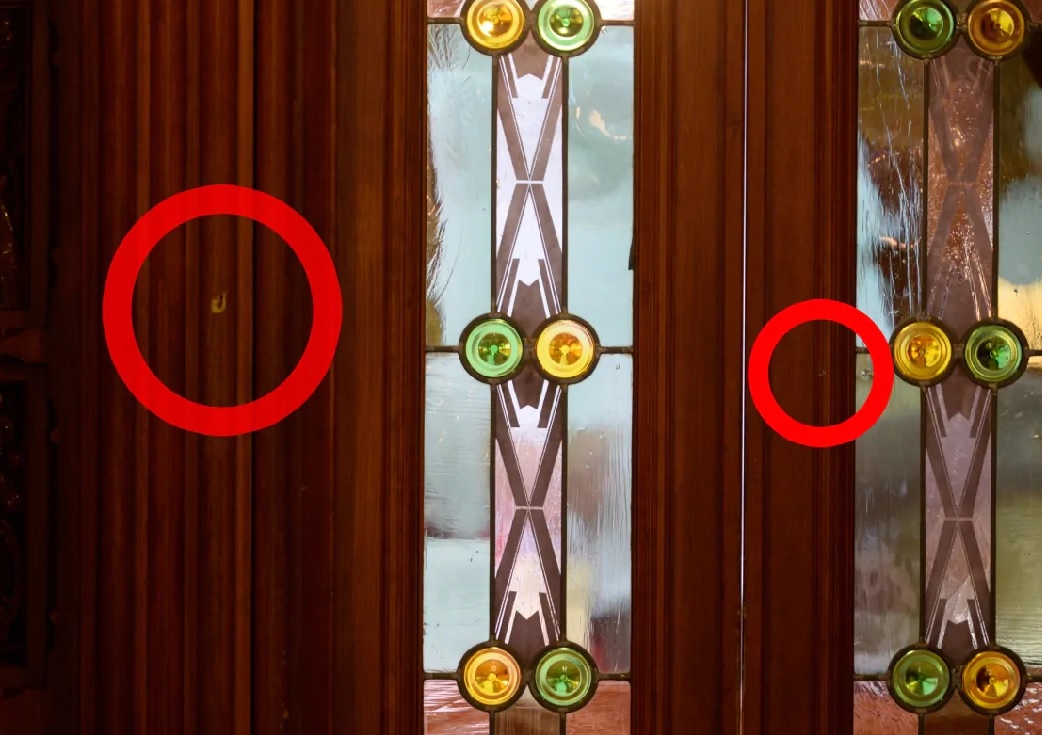 There was initially a debate about whether or not to repair the bullet damage and Parliamentarians were divided on the issue but it has been now decided not to repair the holes and impact damage but instead leave them as part of the building’s history.

Rob Wright is assistant deputy minister for Public Services and Procurement Canada and the official responsible for overseeing the renovations.

Quoted in the Canadian Press he said, “It’s been decided that’s part of the heritage fabric  of the building now, so we plan no changes to that”. 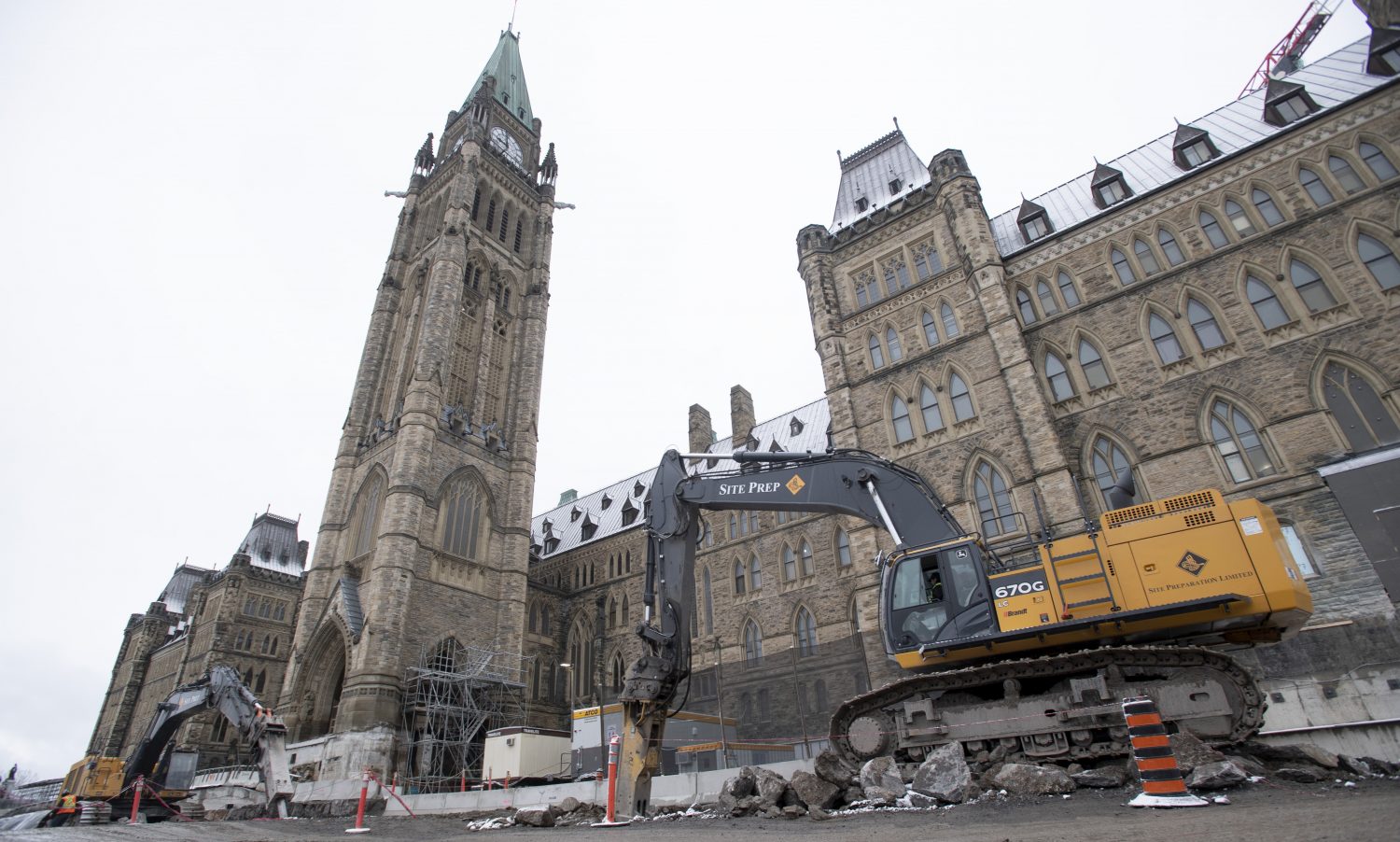 Heavy equipment machinery works on breaking up the ground in front of the Centre block Wednesday December 2, 2020 in Ottawa. The Centre block is undergoing major multi-year renovations. THE CANADIAN PRESS/Adrian Wyld

There is no timeline yet for the renovations although ten years has been suggested. There is also no final budget but so far about $120 million has been spent in stripping the interior of the building, including the removal of tonnes of asbestos.

The work is to prepare for installation of modern heating, wiring, and IT capabilities, before returning the carefully removed interiors to their original heritage state.