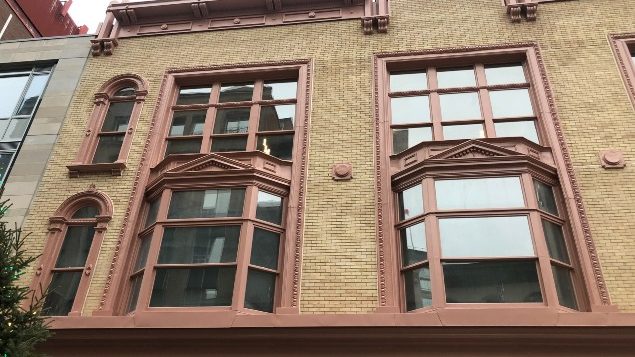 Original materials or new ones chosen to match were used around the the windows at 106-116 Sparks Street in Ottawa. (©choocommunities)

Heritage building gets a face lift in national capital

A developer has carefully restored the heritage facade of a building on the historic Sparks Street in Ottawa. The street is a stone’s throw from Canada’s Parliament Building and is of great historical significance.

The street was named for Nicholas Sparks who, in the mid-nineteenth century, found the land too rocky for farming. He sold off parcels of it and several government offices and homes for parliamentarians were built there. Parliamentarian and journalist Thomas D’Arcy McGee was assassinated outside his home on the corner of Sparks and Metcalfe Streets in 1868. He advocated for minority rights at a time of great turmoil around ethnic and religious identity. 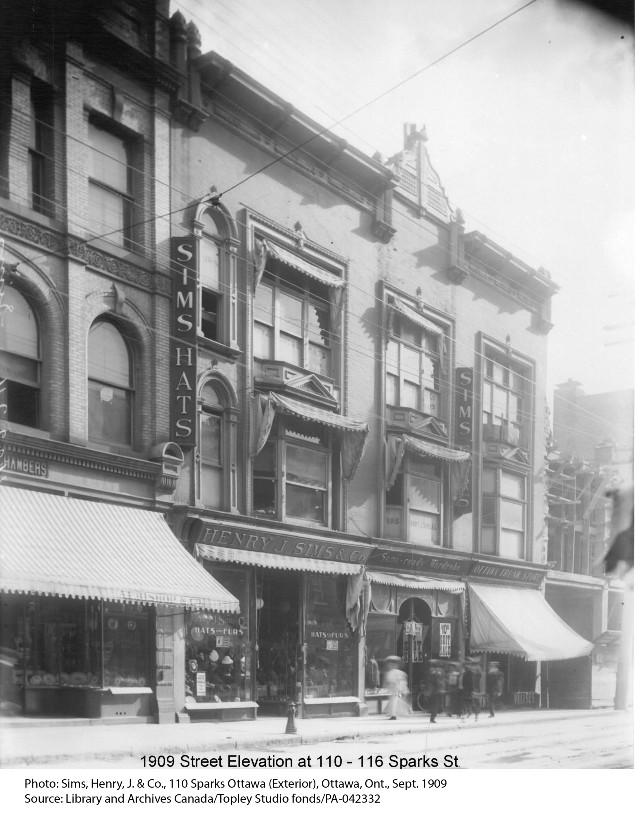 This was the photo used as a reference to help rebuild the facade accurately.(Library and Archives Canada/Topley Studio fonds/PA-042332)

The street became a commercial centre in the late 1900s and early 20th century with banks and lumber companies setting up offices there. Later, the city expanded and government offices and businesses moved elsewhere.

Sparks Street is now a pedestrian mall and the Choo Communities company has developed the building at 106-116 as a luxury mixed-use building. Great care was taken to preserve and rebuild its facade with the help of experts from Canada’s National Capital Commission, Ventin Group Ltd and Roderick Lahey Architects . The edifice was originally built between 1870 and 1875 as a commercial and retail building.

During the recent six years of work, the facade was reconstructed using the original components which had been carefully preserved. Wood, trims and metal surrounding the windows were salvaged and, where new materials were needed, they were matched to the originals and what could be gleaned from a 1909 photograph. The construction was completed in October 2020 and will be presented to the public at a special event on December 10 from 5pm to 7pm.

There are several historical buildings on Sparks Street which provide pleasant viewing for those out for a stroll.