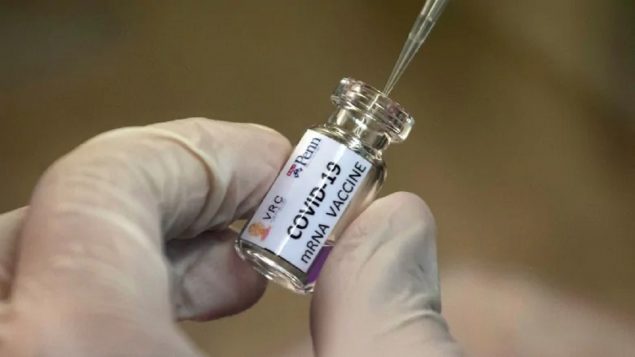 The Canadian government assures people that it has studied the COVID-19 vaccine by Pfizer and deems it safe and effective. ((Sakchai Lalit/Associated Press)

In a huge country like Canada, the second biggest in the world, delivery and administration of an eventual COVID-19 vaccine will be an enormous task of logistics

The U.K. has just approved the Pfizer-BioNTech vaccine, the first country to do so and could also be the first to start vaccinations, possibly as early as next week. In the U.S, the Food and Drug Administration might give approval next week.

Health Canada is expected to conclude its study and provide approval within weeks.

While there are several promising vaccines coming on stream, presumably the first vaccines will possibly be from Pfizer-BioNTech, and very soon after another from Moderna.  Adding to the logistics problems are that the first must be transported and stored at -80C, and the second at -20C.  Vaccines from AstraZenaca and Johnson&Johnson may soon follow.

To deal with the enormous logistics challenges including distributing the special freezer units the government has bought, politicians have turned to the military. Specialists in logistics on a massive scale. 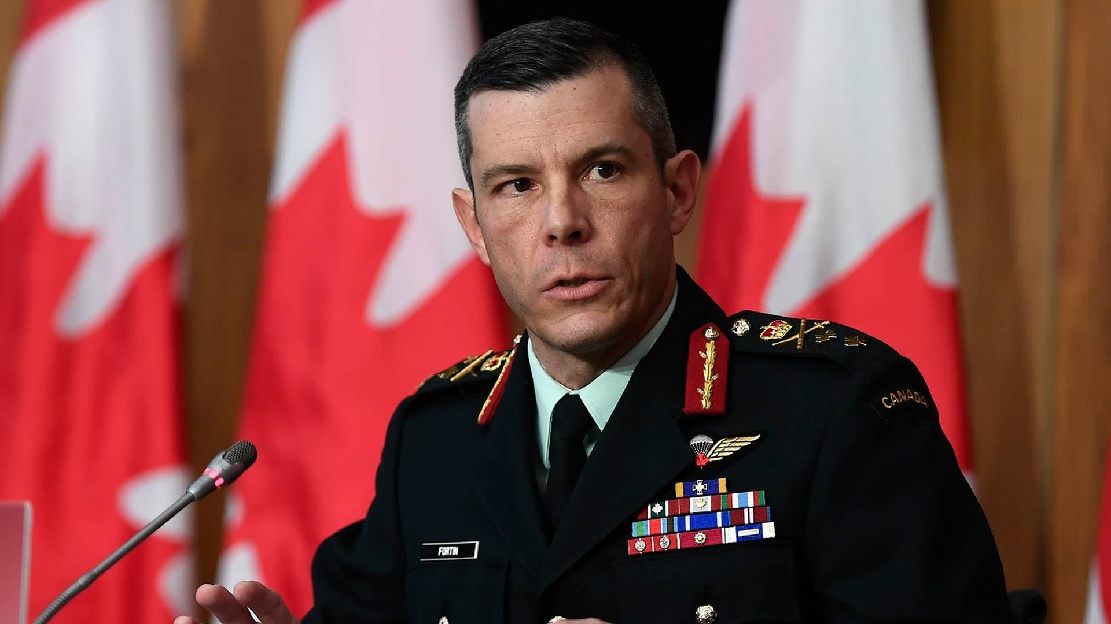 Maj-Gen Dany Fortin has been chosen to head the team working on logistics of vaccine distribution across the country. ( via CBC)

On the federal scene,  Maj-Gen Dany Fortin has been tasked with heading the operation. The former NATO commander in Iraq is leading the logistics issue at a newly set up operations centre within the Health Agency of Canada. The 14 ultra-cold freezer units set up at locations across the country should be ready to receive vaccine doses by the middle of the month. 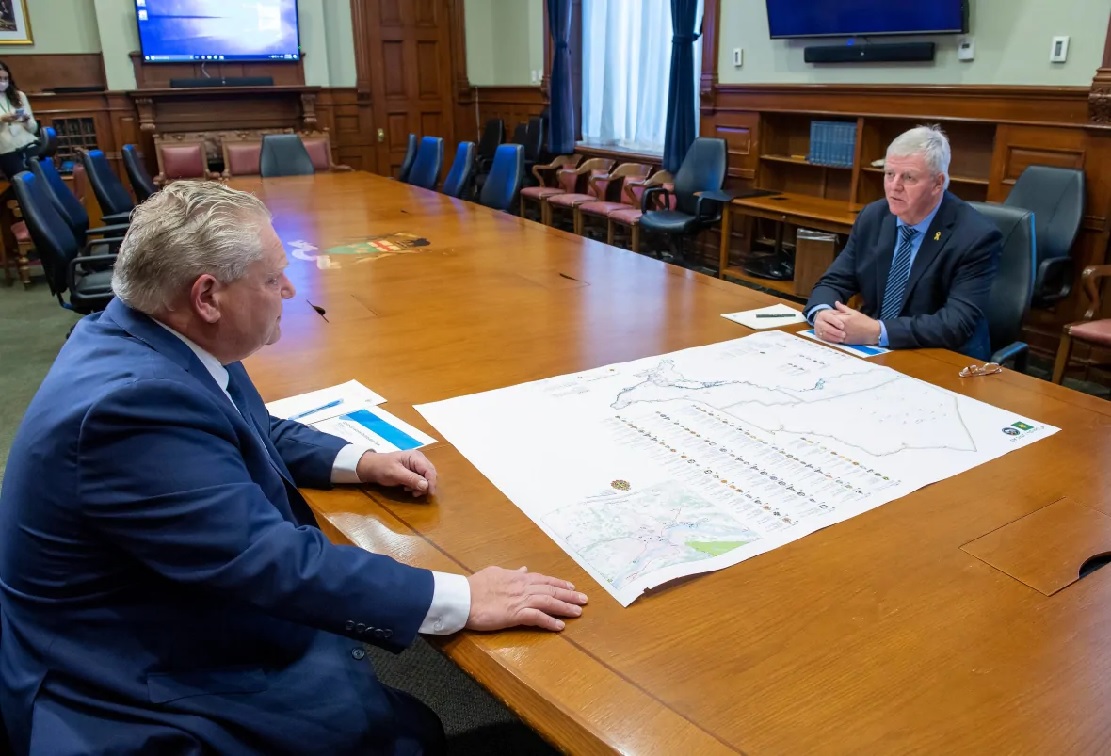 Ontario Premier Doug Ford (L) and former head of the Canadian Armed Forces Gen.(ret) Rick Hillier look over a map in the premier’s office at the Ontario Legislature in Toronto on Friday. Hillier is to lead a new task force that will oversee the rollout of the COVID-19 vaccine in the province. (Frank Gunn/Canadian Press)

He and the task force members ran a ‘table top’ exercise this moring on distributing the first 100,000 doses. A meeting this afternoon will discuss which segments of the province’s 14-million population will be prioritized when vaccines arrive.

On the national level, a trial distribution exercise will be held on Monday.

There will be 205 distribution points across the country where health officials can administer the vaccine.