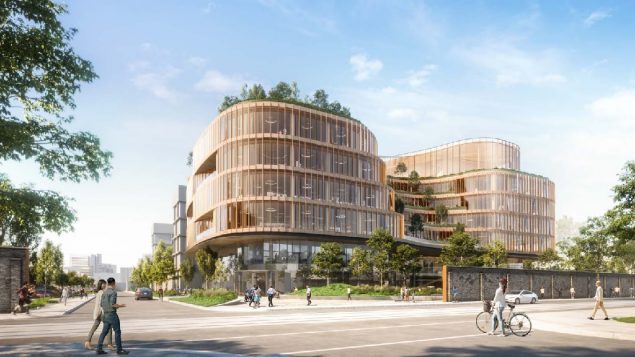 The CAMH research centre in Toronto will be Canada’s largest hybrid mass timber public building, and will showcase how the structural technology can be used in a curvilinear building. ( via Canadian Architect)

The annual awards for architectural design in Canada have been announced.

The Canadian Architect Awards of Excellence is an annual competition for design and construction phase projects.          Six projects were selected from the 132 entries this year.

The Taza Water Reservoir in Calgary was designed to highlight the growing city’s relationship with the Tsuut’ina First Nation. 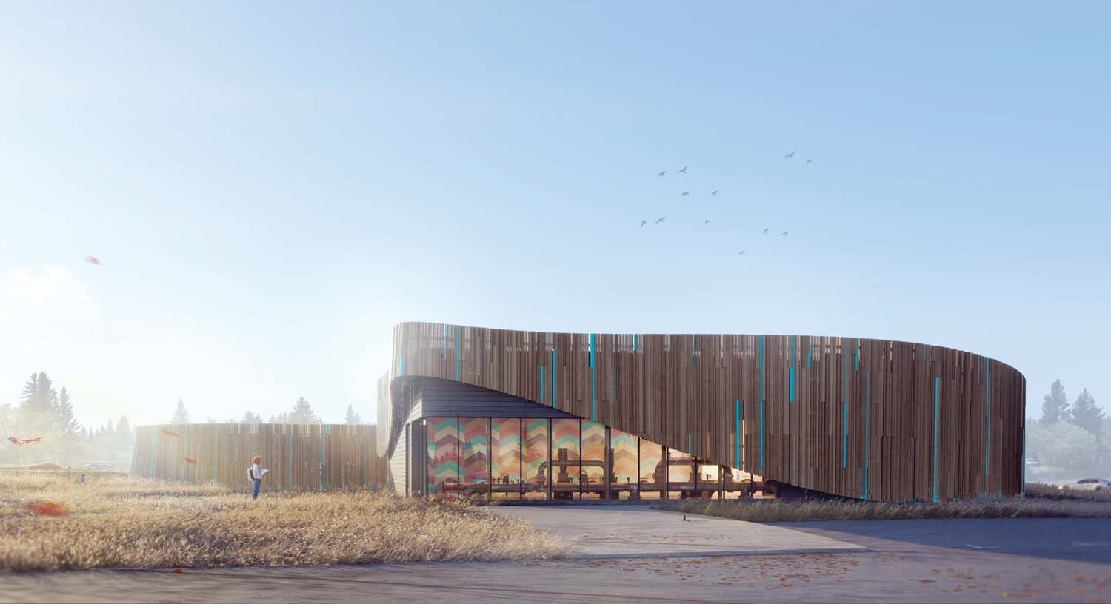 A curvilinear fence provides a secure enclosure for the water reservoir, while referring to beaver dams and Indigenous teepee structures. The fence’s southern exposure supports a solar panel array. A pathway will lead through a park-like area of native buffalo grass around the structure ( via Canadian Architect)

Housing an underground reservoir, ‘the security fence around the buried reservoir takes form as a wooden structure whose posts are a mix of cedar poles from western Canada and repurposed poles from the Tsuut’ina Nation. This curvilinear fence safeguards the reservoir, provides structural support for solar panels, and transforms the project into a bold gateway marker to Taza Park. The space also offers the unique opportunity for a permanent art installation from the Tsuut’ina Nation’.

It is designed as a net-zero emissions operation with the solar panels providing most of the pumphouse building’s electrical needs. It should be completed by October 2022

The new Calgary Japanese Community Association wants to replace two aging older buildings on its property and reverse its declining membership. The architects studied Japanese traditions in proposing the design. 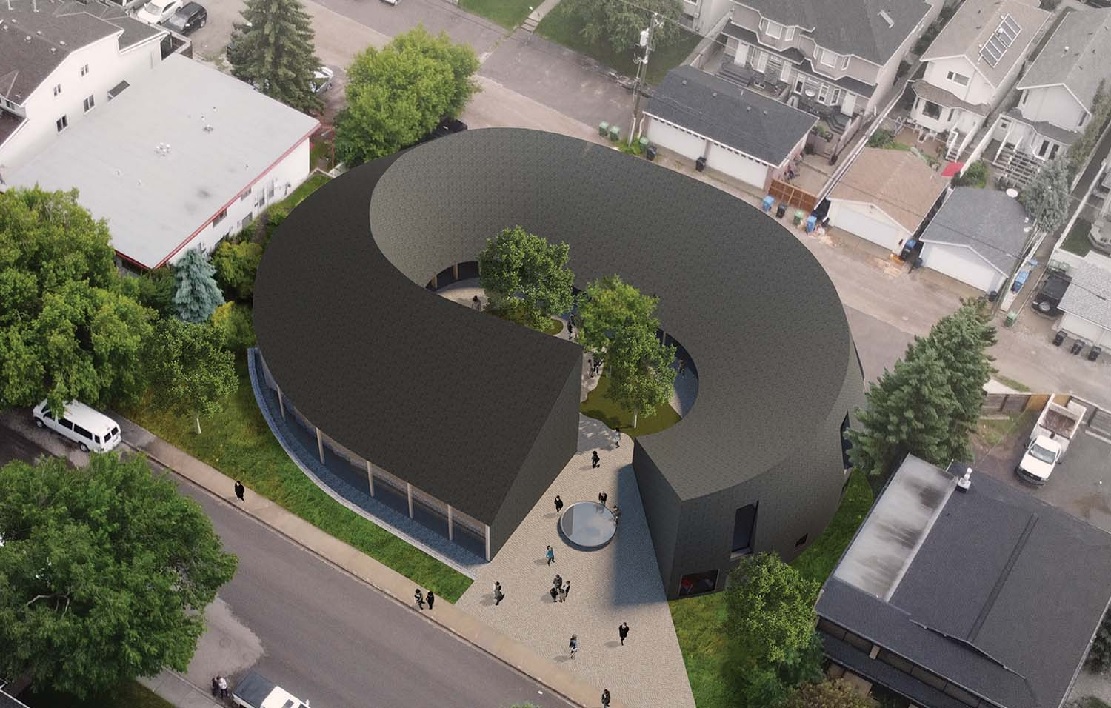 The community centre’s sculptural form refers to the Japanese concept of ma, or balancing solid and void with a traditional garden in the centre ( via Canadian Architect)

According to one of the jurors, “This is a quiet project that creates a wonderful space in the centre. It does a lot of things very beautifully and almost effortlessly, with its approach to structure, light, and fitting into its urban context. Some of the spaces are really fantastic, like the main hall opening up into the garden, even if there are other moments in the plan that are a little awkward based on the circular plan.”  The building will be clad with charred cedar shingles, The charring resists rot, fire, and insects. Anticipated completion is set for 2023

In Toronto the Centre for Addiction and Mental Health (CAMH) received the award for its ‘qualities of delicacy and softness’ to an building that will be quite busy. 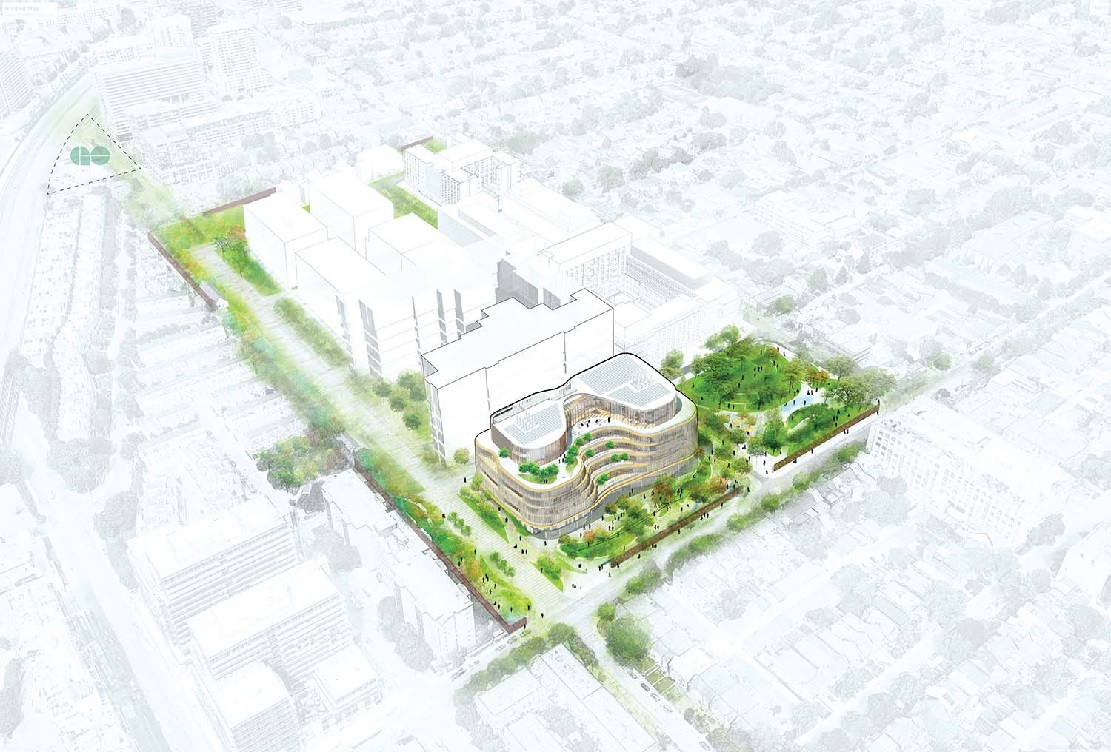 Portions of the original 1850’s brick wall when the location housed the provincial lunatic asylum have been retained ‘as a frame for—and threshold to—an inclusive and inviting hub of activity supporting mental health’.

Wardell- an addition to  an existing two-storey semi-detached house is owned by an architect-turned-baker and consultant wife who sought more space with the birth of their first child. It won for its imaginative use of common brick. Completion is set for 2022. 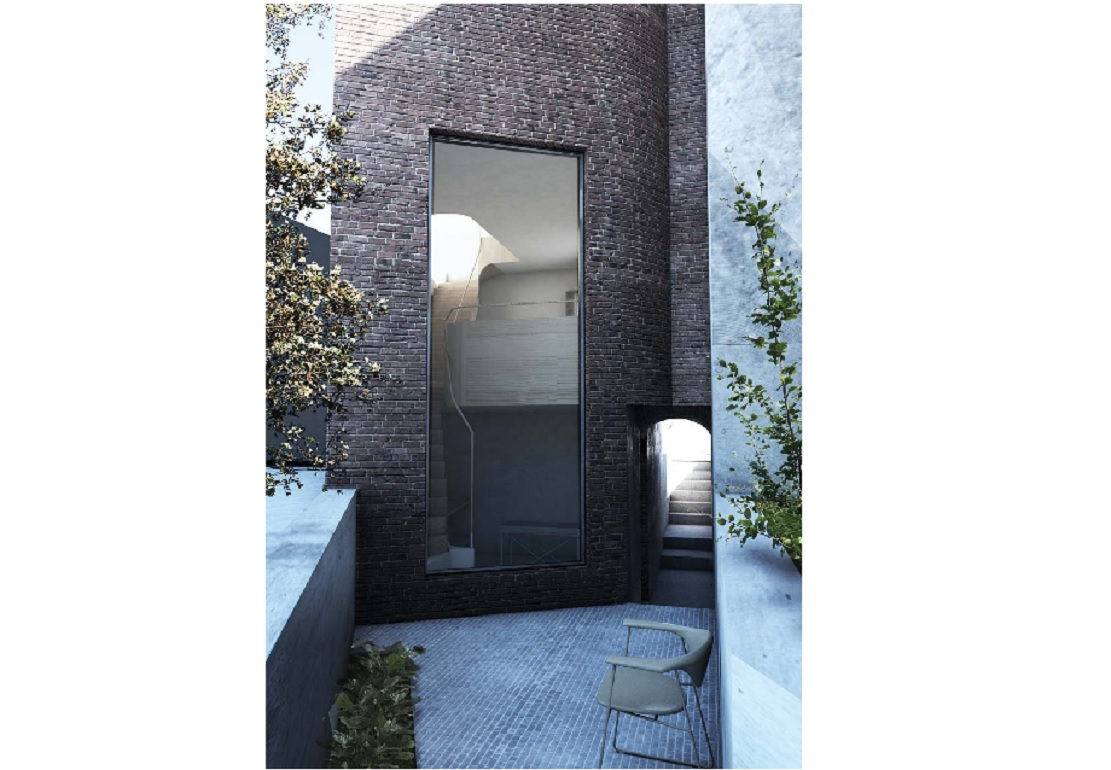 The sculpted 3-storey brick addition houses cooking, dining, office and living spaces for an architect-turned-baker and family. Here a passageway under the addition leads to a small back patio. (via Canadian Architect)

In Montreal the Théâtre du Nouveau Monde new expansion won for imaginative new construction on a very limited footprint in the heart of downtown.  Above the existing hall, the architects added a new performance area and new rehearsal area, administrative offices and corporate lounge, It should be completed by January 2023. A variety of plants in ‘an open meadow’ will flower at different times during the season 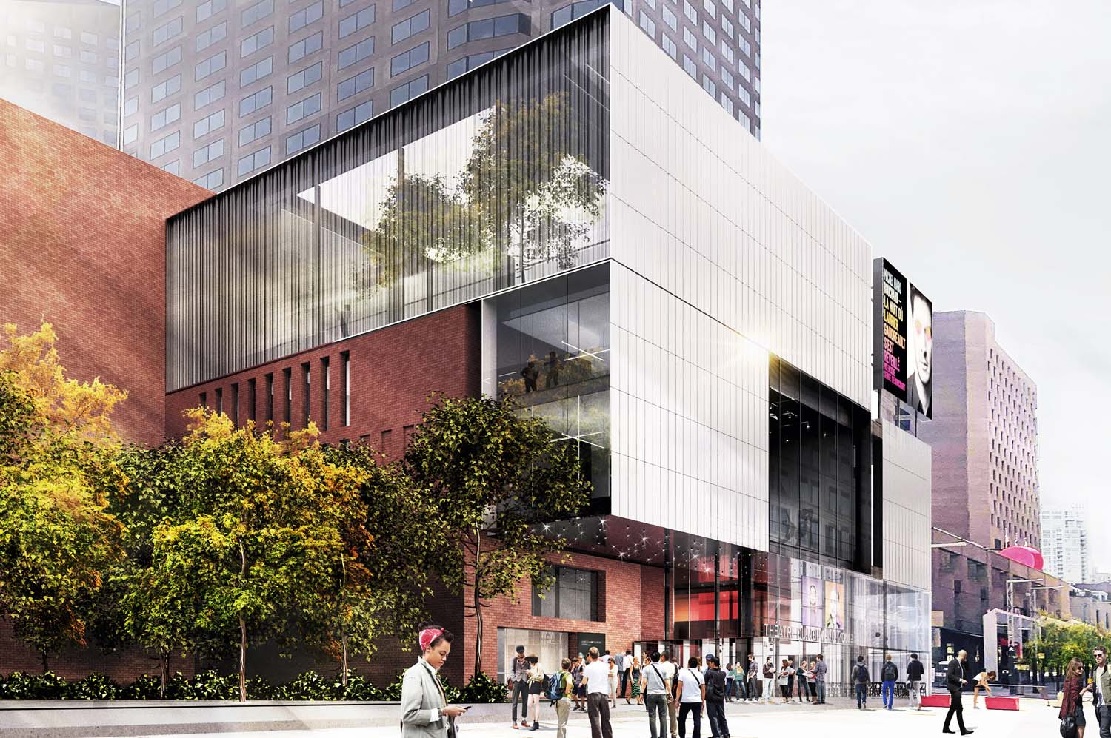 Also in Montreal is the sixth and final winner, an open park-like space called “Place des Montrealaises- to honour the memory of 21 women who were important to the evolution of Montreal. A variety of 21 flowers will bloom at varying times to  provide continuity throughout the season and will be accessed through the existing Champs de Mars subway station.