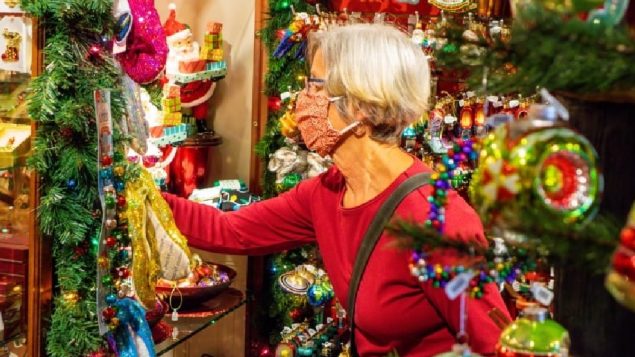 A shopper at Ottawa's Tinseltown Christmas Emporium Nov. 10. 'This won't be a popular answer, but sadly I don't think [family gatherings] will be a safe thing for us to do in most areas of Canada,' said Dr. Susy Hota, medical director for infection prevention and control at University Health Network in Toronto. A new poll shows most Canadians are reducing social contacts and the potential to spread COVID-19, but not all (Jean Delisle/CBC)

Politicians and health officials are urging Canadians to stay home this Christmas, not travel, and not have typical gatherings with extended family and friends.

It’s a campaign to attempt to reduce the number of COVID infections which have been increasing all across the country.

Perhaps due to so-called COVID fatigue from months of restrictions a new poll suggests many will not be heeding those official requests.

A new poll by the independent Angus Reid Institute in partnership with Cardus an independent think tank, conducted the online survey of  5,003 Canadians about their attitudes and intentions during this holiday period.

It showed that most were reducing social contacts, although not eliminating potential spread entirely. In 2019 just over half of respondents said they visited friends or family in other communities or provinces (51%).  This year 10 per cent said they would do so this year.

Although down significantly from 2019 when over 80 per cent said they would visit family and friends locally, 30 per cent responded saying that this year still intended to do so in spite of COVID. 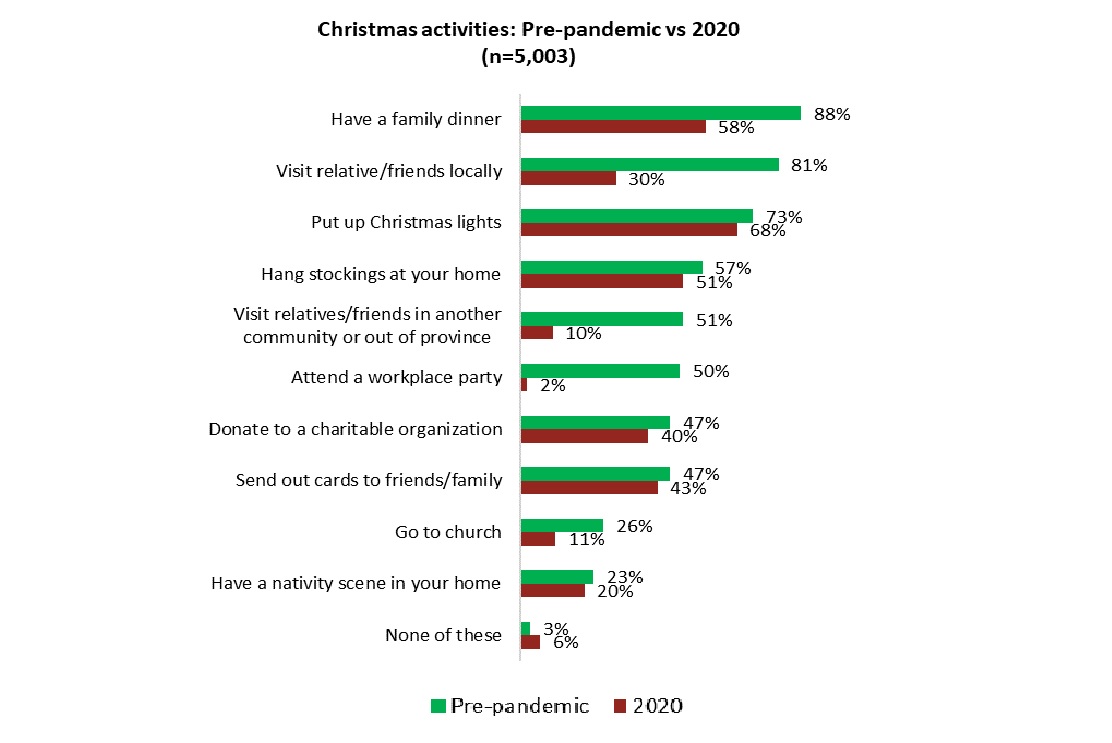 Those numbers can be compared to four out of five (81%) who nonetheless say they’re concerned about friends and family becoming ill from the virus. And  the number who believe the worst is yet to come has risen as well to 74 per cent of respondents in terms of illness or deaths, and higher still as to how many think the worst is coming in terms of job and business losses ( 84%). 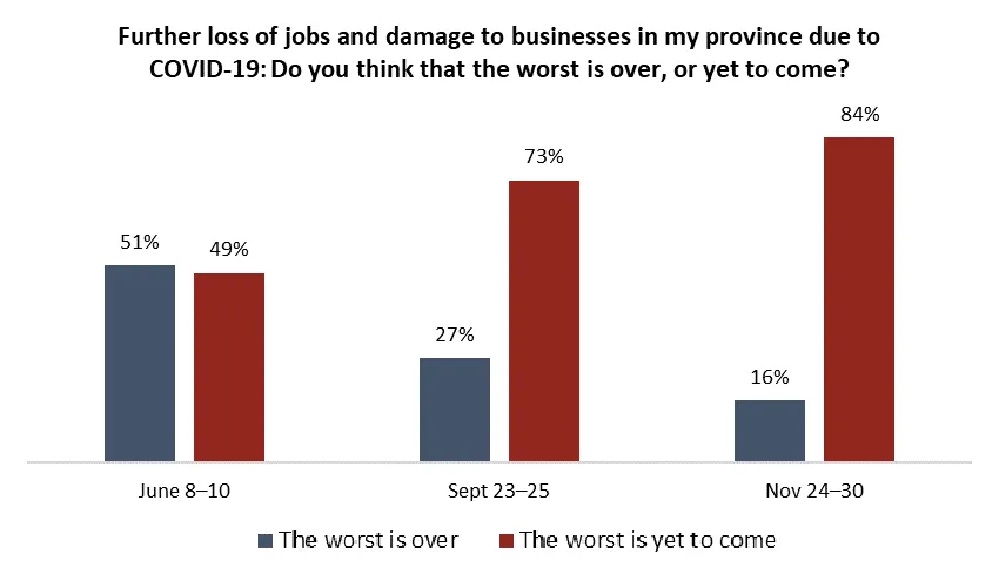 Along with that is a general trend showing people are reducing their outside contacts. Although November numbers are up from August for those socializing with one or two people outside their household,  numbers fro socializing with 3 or more people are down.

In spite of all the concerns and restrictions however, most people still look forward to the holiday period this year as did last year. 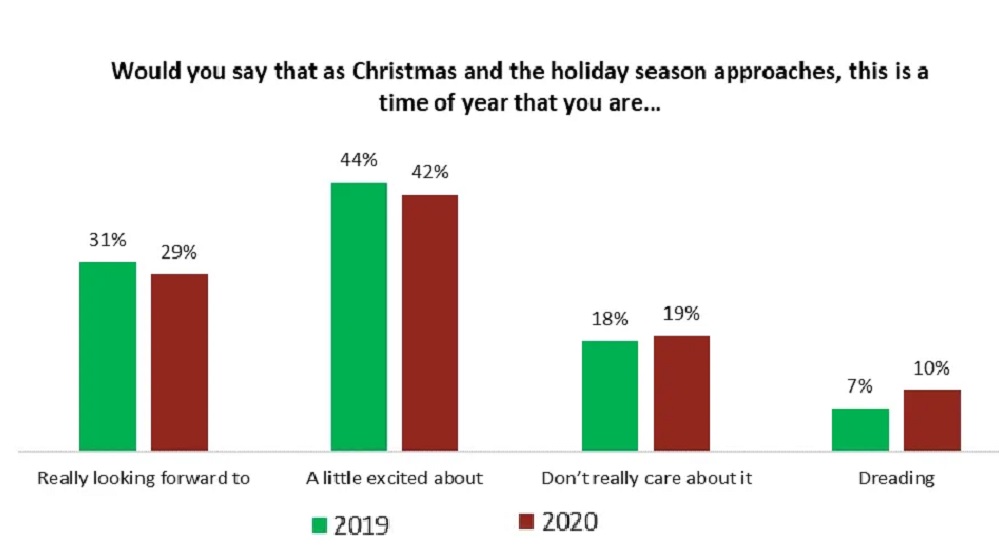