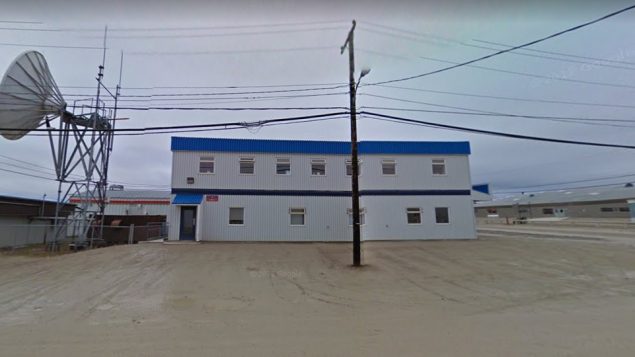 The Canada Post office in Cambridge Bay, Nunavut. The approximately 1,800 residents are temporarily without access to mail and parcels due to rudeness and racist comments by some residents ( Google streetview)

Rude? Racist? No mail as fed up postal workers quit

It seems the COVID situation has been stressing out many people and for a variety of reasons. There have been incidents of rudeness, even physical attacks related to wearing of masks for example. Another incident involved a nasty confrontation after a shopper wanted to go down a store aisle which had indicated it was ‘one way’ as per COVID regulations.  There have been many similar incidents across the country as the tension, fear, and frustration build up due to various COVID imposed restrictions.

In Cambridge Bay, in Canada’s Arctic, it’s proven to be too much for the postal workers.

At the height of the Christmas seasonal mail rush, the two permanent staff of the local Canada Post outlet have both quit saying the rudeness of some residents has gotten out of hand. 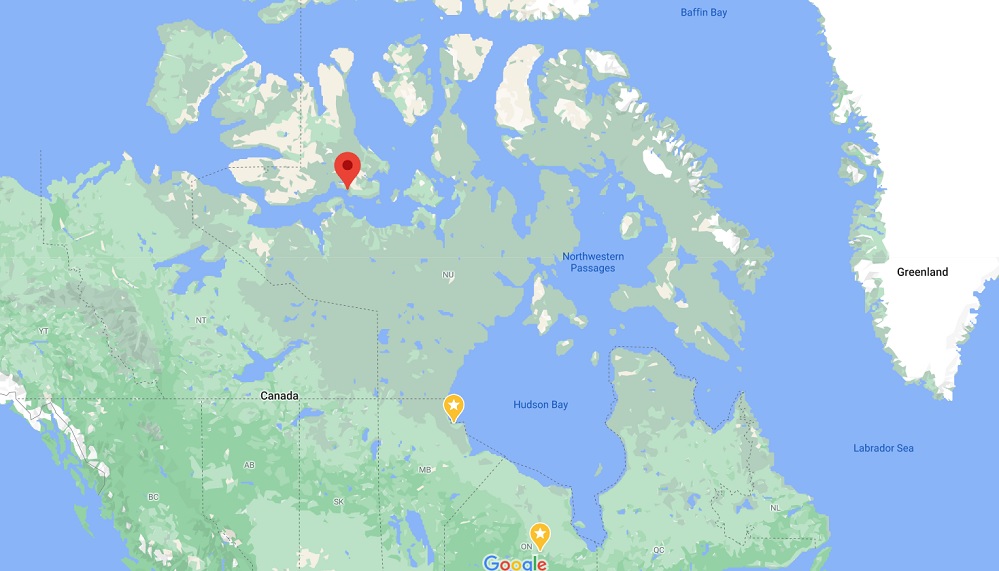 The hamlet of Cambridge Bay, Nunavut in the high Arctic. ( google maps)

On Monday, Postmaster Bo Wallenius who has worked there for 11 years posted a sign in the post office window saying, “”Due to continued rudeness by some people, I quit.. Have fun trying to get your parcels”.

Xan Moffatt-Toews is the president of the Alberta, Northwest Territories and Nunavut Branch of the Canadian Postmasters and Assistants Association. Quoted in Nunatsiaq News, she said aggression against postal workers is not unique to Cambridge Bay and the situation has become much worse since COVID noting “ the aggression from customers to workers has gone up 98 per cent.”

Also quoted in Nunatsiaq News Wallenius said “I have put up with racism and other remarks and been accused of theft, taking people’s mail and things of that nature for 11 years. I decided I had enough”.

The feeling was further explained by him to the CBC, ‘”I was accused of being a racist because somebody wanted a parcel and the parcel wasn’t in. I was called a f—ing qablunaq because I apparently took their job. Being cursed because I’m the white guy who’s working away … how is that my fault”? 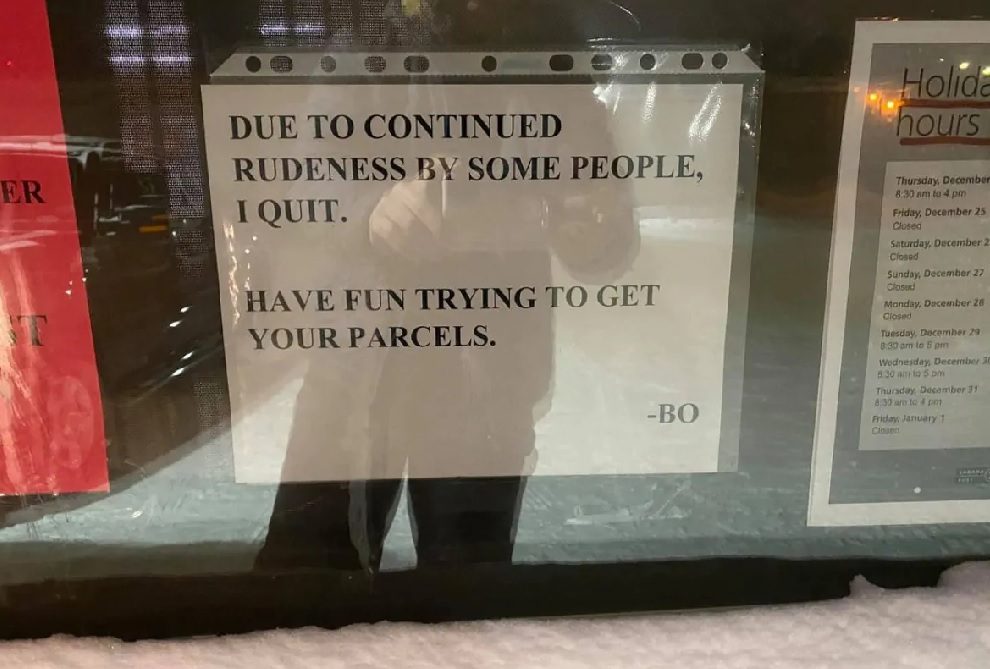 This sign greeted visitors to the post office in Cambridge Bay on Monday. Former postal worker Bo Wallenius said he regularly dealt with rudeness on the job. (Kale Aitaok/Facebook via CBC

He explained that some people get very upset when their expected parcels or cheques don’t arrive which could be due to weather or mechanical problems delaying flights to the Arctic, but he gets blamed.

He noted that most people in the town are wonderful but a few nasty ones have been too much and he won’t go back.

The local mayor expects Canada Post to appoint someone on a temporary basis to help get some of the mail moving, but permanent staff are not expected to be named until next year. The mayor added that it was hoped the situation would make people more mindful of what they say to others.