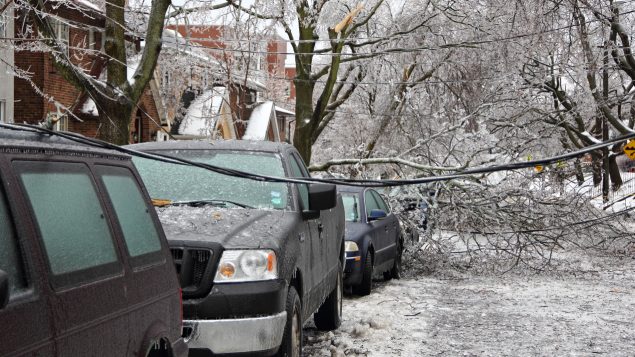 While not as bad as the ice storm of 1998, that of December 2013 left hundreds of thousands of people in Toronto without electricity. (iStock)

Nearly two-thirds of people who live in Canada’s largest city of Toronto agree that emergency preparedness is more important to them than it was previously, according to a survey for Toronto Hydro Corporation. The electrical utility says that “with extreme weather events expected to increase in the coming years” it is preparing and its customers should as well.

Power failures are serious business in a country that can get as cold as Canada does in winter. In January, Toronto has an average high temperature of 0 C and an average low of -7. Toronto’s cold is mitigated by its proximity to the large Lake Ontario. More central provinces like the western provinces of Alberta are much colder. The average low there is -30 in January and February and the temperature can dip to -40. Many homes are heated by electricity and many that are heated by gas or oil require electricity to fire up. 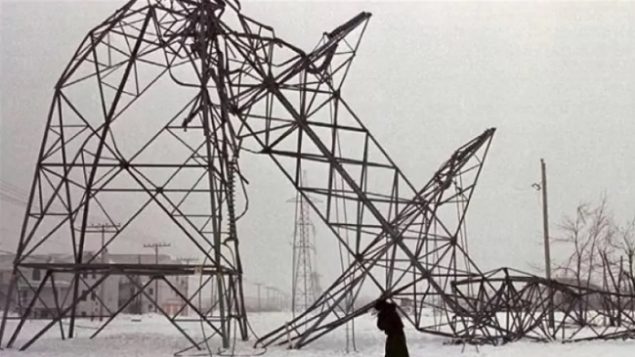 Huge electrical pylons were toppled by accumulated ice in January 1998, cutting power to homes in four provinces and parts of the bordering U.S. (Robert Galbraith/Canadian Press)

Ice storms can down power lines

While Toronto was not affected by the 1998 ice storm, all Canadians heard the news of this extreme weather event that toppled electrical pylons and deprived residents of eastern Ontario, Quebec and parts of New Brunswick and Nova Scotia for up to two weeks. Thirty-five people died. Toronto had its own ice storm in December 2013 which downed power lines depriving hundreds of thousands of electricity.

Toronto Hydro says it has taken steps to prepare for this and other kinds of severe weather. It has formal assessments of vulnerability and is “proactively preparing for extreme weather events by addressing how climate change could impact our infrastructure.” It says it factors climate impacts from extreme weather into its construction standards, system design and maintenance processes. It monitors weather patterns all the time and works with city officials “to build a city that is resilient to climate change.”

While the utility prepares in this way, it says the power grid can still be affected by extreme weather such as wind, freezing rain and wet snow. So, it has several suggestions for citizens to ensure they are prepared for a power failure or other emergency. It asks that they download the utility’s Emergency Preparedness Guide which is available in eight languages. It asks citizens to prepare an emergency kit with things such as water, non-perishable food, a flashlight, a battery-powered or hand crank radio, extra batteries, a first aid kit and cash. The kit should be kept in an easy-to-access location known to all family members and it should be checked twice a year.

Toronto Hydro serves about 782,000 customers and distributes approximately 18 per cent of the electricity consumed in Ontario.