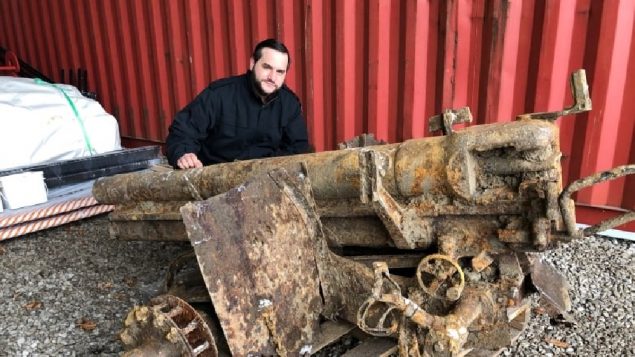 Amherstburg's manager of policy and committees Kevin Fox says the WWI war trophy is a rare find. it appears to be either a 7.7-cm Feldkanone 96 neuer Art (7.7-cm FK 96 n.A.), or the slightly modified Nahkampfkanone (7.7-cm NK) a close support version (Dale Molnar/CBC)

It certainly came as a shock to the heavy-equipment operator who was digging the foundation for a new school in Amherstburg, southwestern Ontario.

When  his shovel brought up a large twisted piece of metal, he at first thought it was interesting but possibly just an old bit of farm equipment. He certainly was surprised when the next thing he brought up was a large piece of artillery.

It turns out it was a German 7.7 gun from the First World War, but how it came to be buried was a bit of a mystery.

After the war, Canada brought back thousands of ‘trophies’, usually artillery and heavy machine guns, which were doled out to communities and armouries across the country. Many ended up guarding local cenotaphs to the war dead. 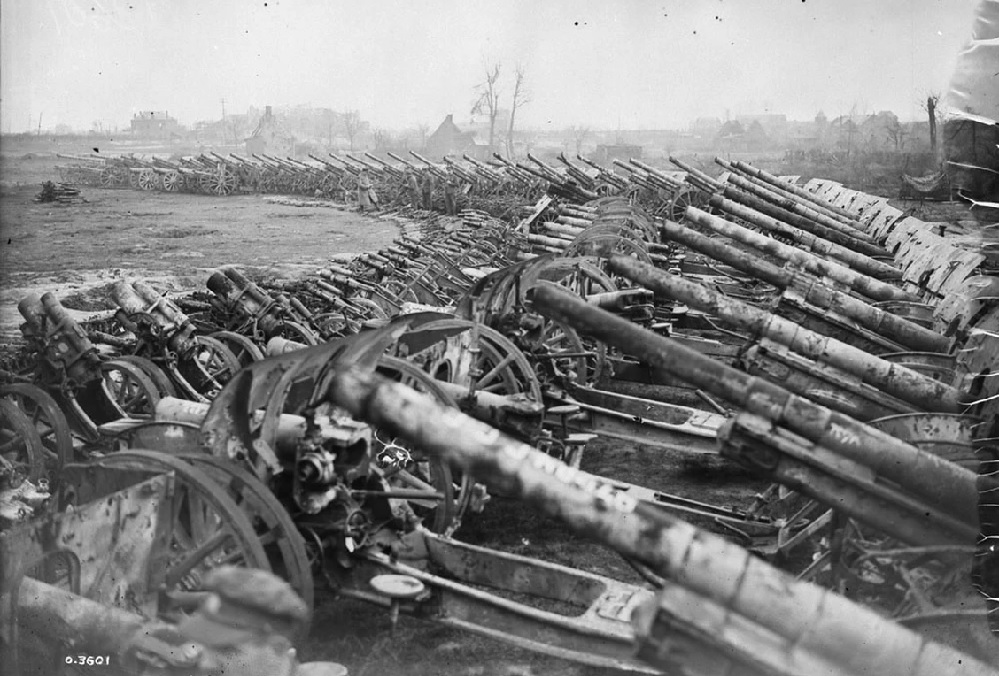 German guns and other weapons captured by Canadians towards the end of the war. Many were sent back to Canada as trophies, ( Library and Archives Canada)

This piece came to Amherstburg in southwestern Ontario in 1922 and was displayed for decades at the cenotaph at the General Amherst High School.  The cenotaph was moved to a park in 1971 when the school needed room to expand. 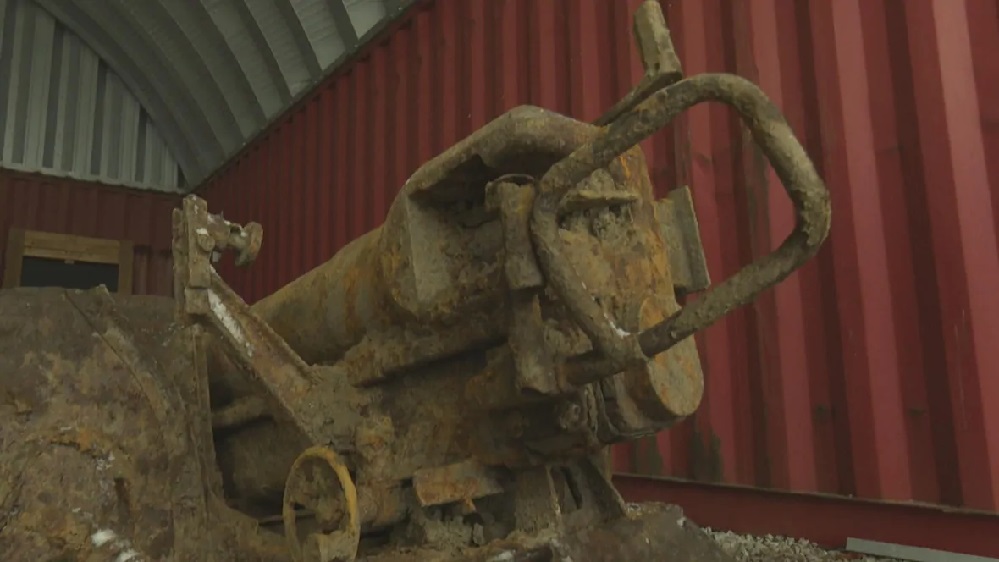 When the Amherstburg cenotaph was moved in the late 1980’s the gun positioned there was deemed too damaged to be moved or further displayed so it was buried and forgotten about. The serial number 4149 can still be seen on the breech. (Dale Molnar-CBC)

When creating that new cenotaph, the gun was deemed to be beyond repair and was buried at the site. A typical case of ‘out of sight, out of mind’  the gun was forgotten about in the intervening years when the cenotaph was moved again in the late 1980’s.

While there had been literally thousands of these war trophies in Canada after the First World War, during the Second World War the government requested many be turned in so the metal could be used to provide material desperately needed.

Thus ‘discovering’ this relic is all the more interesting now. It is currently housed a city site as plans are being made for its future. The city has received literally dozens of calls from people wanting to help in its restoration.