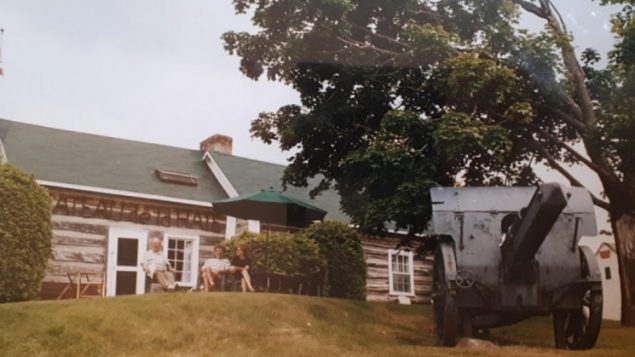 An extremely unusual sight in cottage country, or pretty much anywhere, the antique German Deutsches Heer howitzer commanding the lake in front of the cottage. The name "Chateau de la Haie" created in birch branches can be seen over the doorway. (supplied)

It’s certainly not every summer cottage in a serene setting surrounded by trees and nature that has a large artillery piece commanding the view out over the tranquil lake.

For many decades a German Krupp 150mm heavy howitzer from WWI, itself now over 100 years old, has been silently guarding an historic cottage at Sturgeon lake about 160 kilometres north-east of Toronto in the heart of Ontario’s cottage country.

Now the once deadly, but long since tranquil piece of military history is going to a new home in a more appropriate setting,

Robert Bell and Celia Denov are the current owner of the cottage known as Chateau de la Haie. I spoke to Mr. Bell by mobile phone from Dunsford, Ontario

The story of the WWI German howitzer at a cottage in Ontario,

When the First World War broke out, tens of thousands of young men rushed to be among the first of subsequent vast numbers of Canadian men and women to enlist. Among them were hundreds of Canada’s elite young men, students, graduates, and staff, from the University of Toronto. Eventually over 5,000 university affiliates would serve during the war. Although they joined several different units, the one directly associated with the university was the, 67th “Varsity” Battery, Canadian Field Artillery. 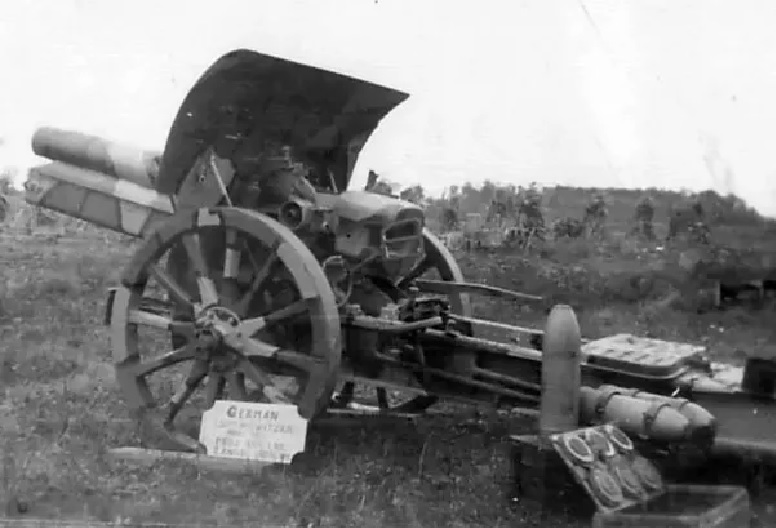 The deadly 15cm heavy howitzer as it would have appeared over 100 years ago. (via militaryfactory com)

After the war, the men formed a tight bond with regular gatherings for decades and even a newsletter. A few years after the war they rented and eventually purchased a log cabin as a fishing and meeting  place to get away from the city and enjoy the peace of nature. 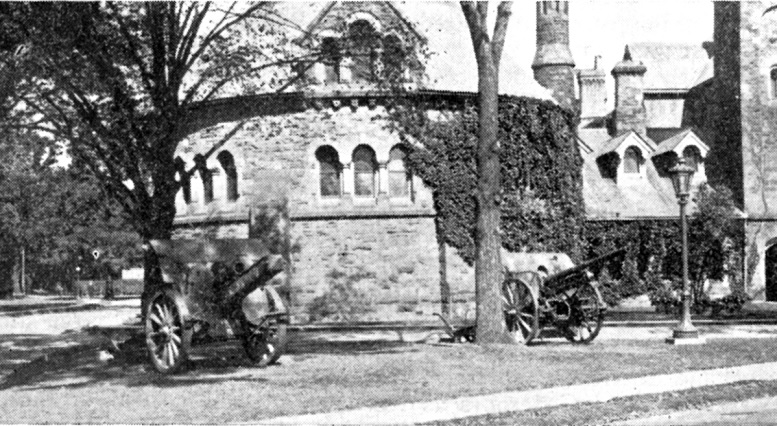 Circa 1923, a 150mm howitzer (L) and a 77mm artillery piece, gifts from the War Records Commission, sit on the front lawn of the University of Toronto. The howitzer is undoubtedly the same one obtained by the 67th Bty veterans for their fishing lodge.( U of T-Soldier’s Tower)

They named it after the Canadian Expeditionary Force headquarters building in France at the Chateau de la Haie.

It also became a repository for many of their wartime artefacts and souvenirs, almost like a small museum. In late 1939 they acquired the Krupp artillery piece and it was moved up to their lodge where it has maintained its silent vigil for all these many decades. 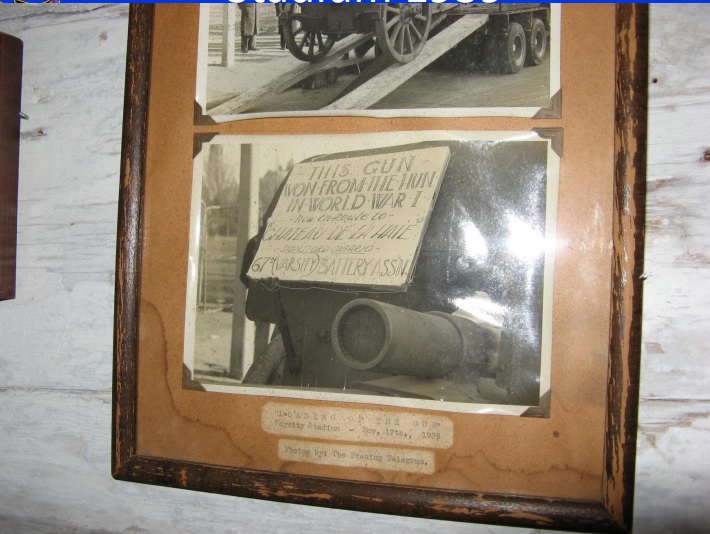 Photos in the cottage from the Toronto Telegram newspaper of Nov 17,1939 as the gun is loaded onto a truck for the trip from Toronto to the veteran’s lodge at Sturgeon Lake. The sign says “This gun won from the Hun in World War I, now en route to Chateau de la Haie, Dunsford Ontario, 67th (Varsity) Battery Ass’n (supplied)

Eventually with time and age and as the former members passed on, it was sold.  Current owners, Robert Bell and Celia Denov recently decided that as time marches on and the cottage may eventually pass to other hands, the historic gun needs a proper, more public, and safe place for preservation and display.

As such it has been donated to the Royal Canadian Artillery museum at the military base in Shilo, Manitoba. 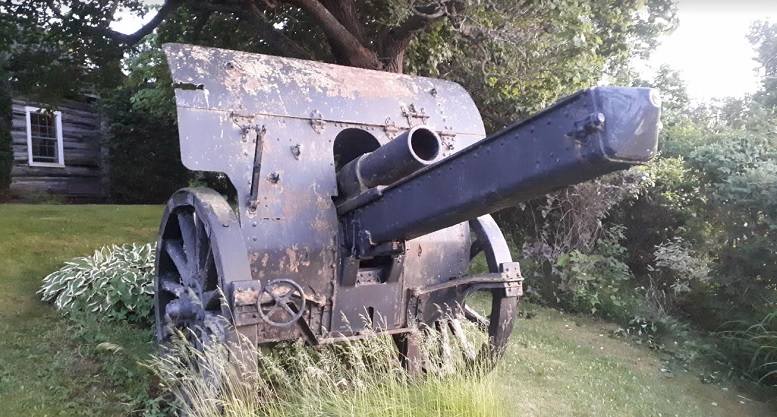 The Krupp 15cm heavy howitzer. The barrel had either been damaged in war or had otherwise slid back beyond full recoil position. This weekend it will head to the artillery museum in Manitoba for restoration and display (supplied)

This weekend there will be music and ceremony with family, friends, other cottagers and local residents and some military personnel. There will also be some heavy equipment to load the gun onto a truck for its long journey out west and some restorative attention before display to the public at the impressive RCA museum.