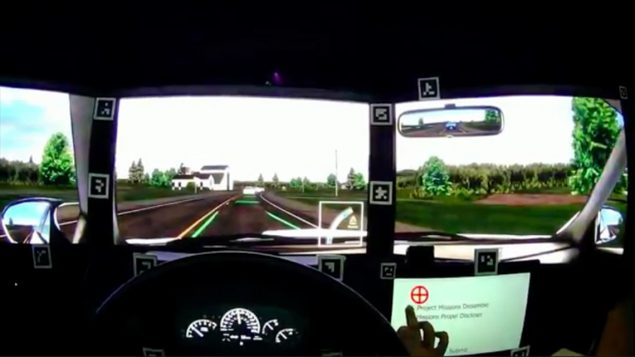 As smart car technology increasingly takes over certain driving tasks, a new Canadian study shows that drivers can be lulled into a false sense of security by automated vehicle technology that is still not advanced enough to handle critical situations without the driver’s input.

The study by a team of researchers at the University of Toronto found that certain types of automated vehicle (AV) displays may lead to “overreliance on automation and impede anticipatory driving.”

The findings suggest that including surrounding traffic information on these displays can better calibrate drivers’ reliance on automation and facilitate anticipatory driving.

The study was conducted by a team of researchers at the department of mechanical and industrial engineering in the Faculty of Applied Science & Engineering and was led by professor Birsen Donmez. It looked at two types of in-vehicle displays and their effects on the driving behaviours using an AV driving simulator and eye tracking equipment.

The findings, published recently in the journal Accident Analysis & Prevention, revealed that drivers can become over-reliant on AV technology.

The study included 48 experienced drivers who were given certain common tasks such as finding a song from the car’s playlist or reading a text message while driving the simulator in various conditions.

The study simulated driving scenarios with two criticality levels: one version of the scenarios did not necessitate an action from the driver to avoid a collision, whereas the other version did.

The first type of vehicle display investigated by the study is known as “takeover request and automation capability,” or TORAC.

A “takeover request” happens when the automated system detects a need for driver takeover and alerts the driver to do so, while “automation capability” indicates how close the automation is to its limit, Birsen said.

“We found that people performed better during takeover scenarios when provided with a takeover request compared to when they were not, however, they also showed a tendency to overrely on the automation to tell them when to take over,” Birsen said.

“In particular, outside of the takeover events, participants monitored the roadway less and showed fewer anticipatory behaviors such as noticing a potential traffic conflict ahead and hovering their foot on the brake pedal.”

Just like the current SAE Level-2 automation systems are not perfect, so are takeover requests implemented within these systems, she added.

One fo the examples she gave was a 2018 crash of a Tesla Model S car that slammed into the back of a stopped firetruck in San Jose, California.

The report by the National Transportation Safety Board found that the vehicle, which was on its Autopilot system at the time of the crash, failed to “detect” the firetruck and accelerated the Tesla toward the stationary truck.

By the time the system detected the stationary vehicle and gave the driver a collision warning—0.49 second before impact —the collision was imminent and the warning was too late, particularly for an inattentive driver, the NTSB report said.

“Driver overreliance on automation is a significant issue in Level-2 systems, and the implementation of takeover requests can exacerbate this issue,” Birsen said. “If the takeover request fails, we would need the driver to still be able to take over control of the vehicle, so the driver has to be attentive to the roadway and automation.”

The researchers also tested a second in-vehicle display system that added information on surrounding traffic to the data provided by the TORAC system, called STTORAC.

“When we provided surrounding traffic information to the participants (on an in-vehicle interface) in addition to takeover requests, this overreliance issue was rectified,” Birsen said.

This type of information may be possible through the use of connected vehicle technologies (e.g., cars “talking to each other”) in addition to driving automation, and increase drivers’ readiness to take back control of the vehicle in advance of critical events even before a takeover request is triggered, she added.

Donmez’s team will next look at the effects of non-driving behaviours on drowsiness while operating an AV.

“If someone isn’t engaged in a non-driving task and is just monitoring the road, they can be more likely to fall into states of drowsiness, which is even more dangerous than being distracted,” she said.