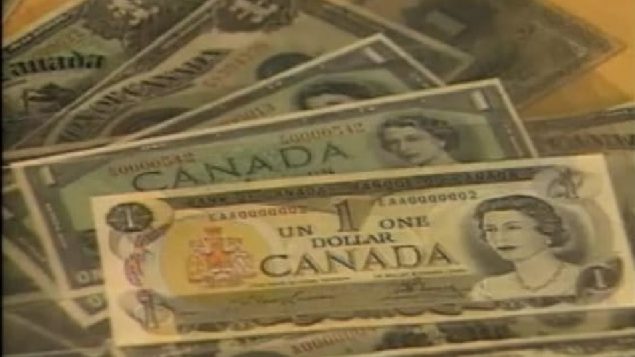 Various years of series of Canadian $1 banknotes. These are among several which have lost legal tender status as of the beginning of this year. ( via CBC News)

If you’re still hanging on to certain older Canadian banknotes, you can’t spend them at stores anymore.

The ‘dollar bill’ and ‘deuce’ ( $1 and $2 bills) were replaced by coins in 1989 and 1996 respectively. The one dollar coin which featured a loon on its face is commonly known as a “loonie’ while the $2 coin featuring a polar bear is known as a ‘twonie’ usually spelled ‘toonie” to match with loonie.

The $1,000 bill (sometimes known as a ‘pinkie’ due to its colour) was discontinued in 2000 as a measure against organised crime. As of Jan 1 this year, they’ve lost legal tender status. ( Bank of Canada)

The $500 and $1000 banknotes were discontinued as part a plan to crack down on counterfeiting, money laundering and tax evasion. The big bills were favoured by the underworld as they made it easier to transport large amounts of cash. The mint stopped producing the $1,000 note in 2,000 but by 2018, it was estimated there were still about 700,000 of them in circulation.

The Canadian $25 note is very rare as it was printed only as a commemorative bill for one year. ( Bank of Canada)

While you can’t buy things at a store any longer with the bills, you can still turn them in for face value at banks. However collectors note that many of the bills are now worth more than face value, although how much more depends on many details, including of course their rarity and condition. 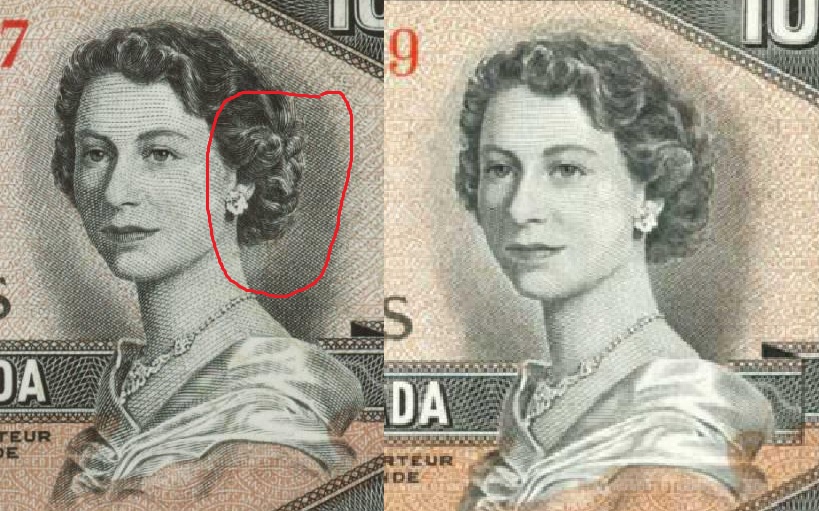 All denominations of the original 1954 series of Canadian banknotes have additional value as the first printing was seen by some to have a devil’s face in the hair of the portrait of Her Majesty (left). This was soon modified (right.) making the first printings of 1954 notes more valuable to collectors.