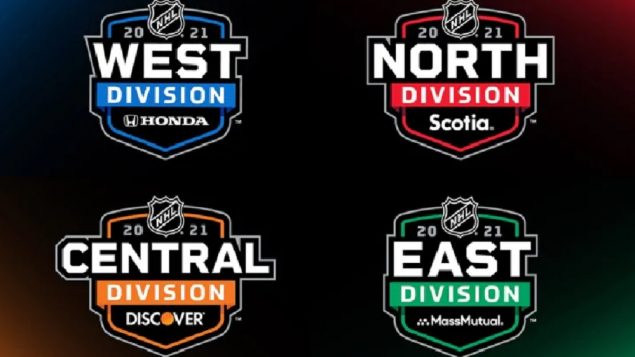 The move to sell naming rights to divisions follows a recent decision by the NHL to allow small advertisements on player helmets. (Twitter/@PR_NHL)

The National Hockey League is north America’s premier professional hockey league, but like other pro sports, it’s been suffering enormous financial losses due to shutdowns caused by COVID.

The league will be starting up this year on January 13 with a shortened season, and as in many other sports, without fans in attendance.

Ticket sales are a major source of revenue for the teams, and even with a startup and televised games, they’ll still be hurting financially without ticket, concession, merchandise, and parking revenue.

The league and teams have been discussing joining other sports in having players become part of advertising in order to increase revenue given their high visibility on televised broadcasts. 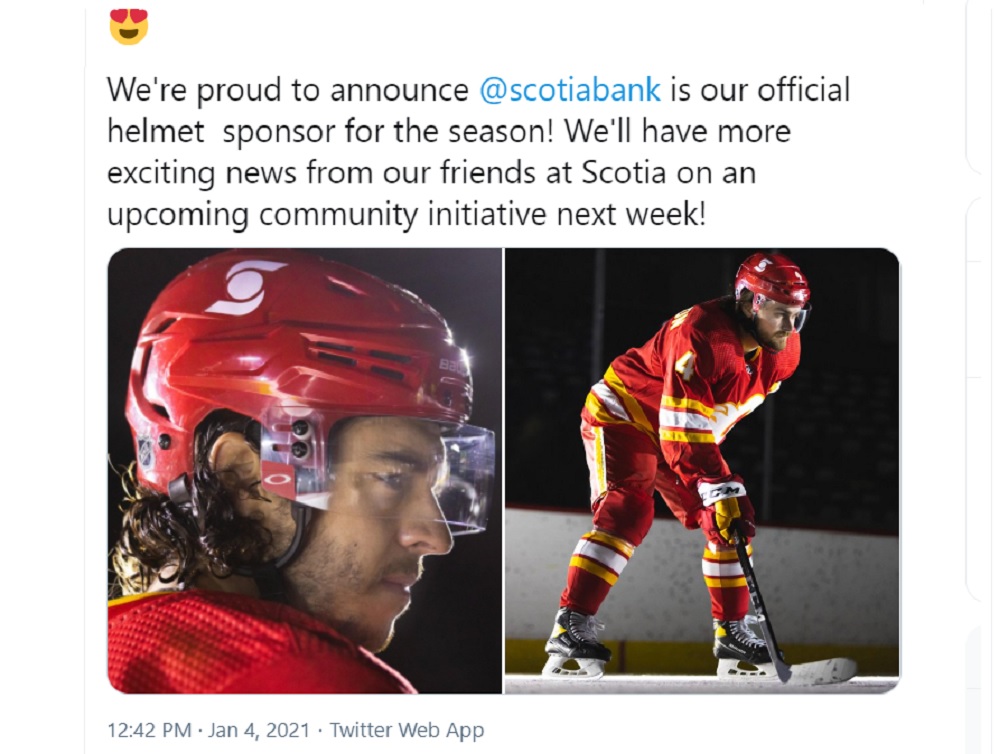 News came out on Tuesday that the anticipated advertising move will occur. The league has been realigned into four new divisions to minimize team travel as a result of COVID and naming rights for the new divisions have been sold to sponsors.

In the U.S. there will be a west, central and east division, while the Canadian teams will play in the north division. Division sponsors are Honda, Scotia Bank, Discover Financial Services, and MassMutual Life Insurance.  Also coming this year are helmet adverts.

Although the new advertising efforts are said to be for one year only, most experts believe they are here to stay. For the time being adverts or sponsorships on jerseys are not planned, although other possible advertising options are being looked at such as banners on the empty seats.