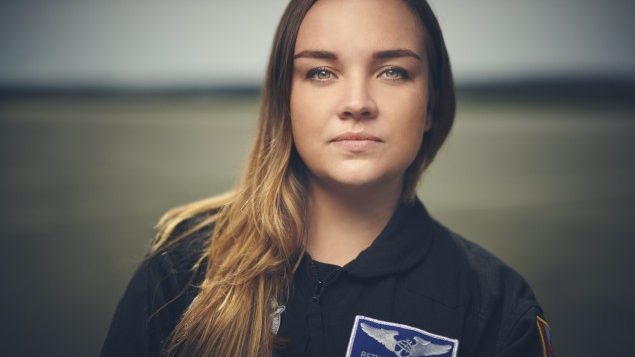 “I want people to be as excited about space science and space technology as I am,” says communications specialist Bethany Downer. (Crockwell Photography)

Bethany Downer has been named Chief Communications Officer for the Hubble Space Telescope for the European Space Agency. Her job will involve taking information collected by the telescope in space and explaining it to the public. She has worked in communications and public outreach with several space and astronomy organizations around the world.

The 26-year old is also training to become a citizen scientist-astronaut with a commercial suborbital research program called PoSSUM (Polar Suborbital Research in the Upper Mesosphere). In this program she is learning how to conduct scientific research on noctilucent clouds in the upper mesosphere. 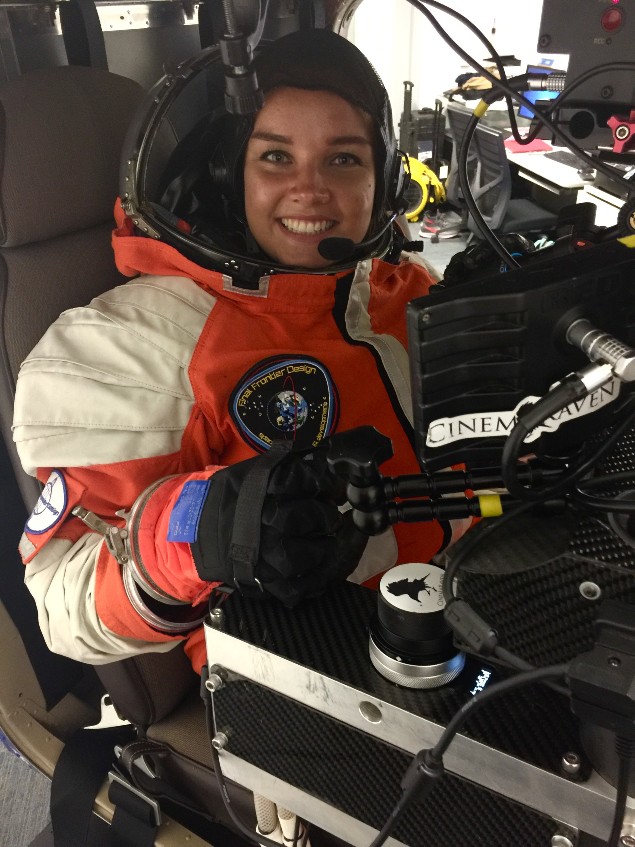 Bedthany Downer practiced technical scientific maneuvers and getting familiar with being in a spacesuit.

‘Aerospace…has the power to inspire the public’

Downer was born and raised in the eastern city of St. John’s, Newfoundland and Labrador. As a child she loved space, later studied at the International Space University in Strasbourg, France and developed a passion for communications specializing in science and technology. “I want people to be as excited about space science and space technology as I am and that starts with awareness and understanding,” she said in an interview.

Downer believes the aerospace sector has the power to inspire the public, particularly since “most things that are being accomplished are being done or discovered for the first time.”

Downer is excited about her training with PoSSUM which included aerobatic and parabolic flights. She practiced being weightless and experienced high-G environments. She got to wear and operate a spacesuit and did some geology training in the volcanic fields of Arizona, U.S.A. 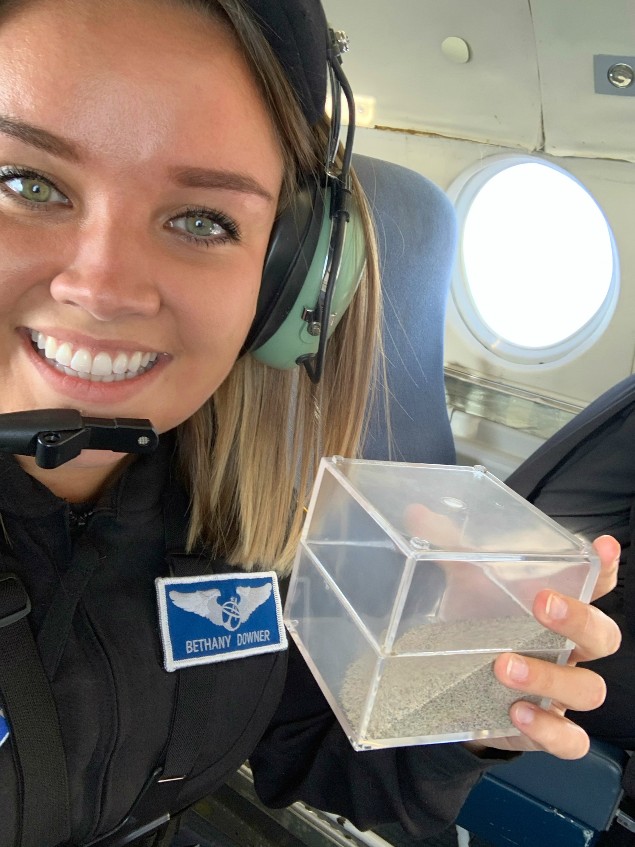 Bethany Downer brought a box of Newfoundland sand on a training flight in order to study how it behaved in weightless conditions.

In October 2019, she brought a box of sand from Eastport, Newfoundland on a flight to study how the grains perform in weightlessness. This kind of study is important for future exploration of surfaces like the moon and Mars. “During the Apollo missions, lunar dust was a surprising problem – the dust got in everything. This is why it’s important to better understand how dust and sand behave in space and I look forward to studying this further in upcoming training opportunities,” she said.

Downer is confident that her training will lead to her first commercial suborbital space flight within the next ten years.