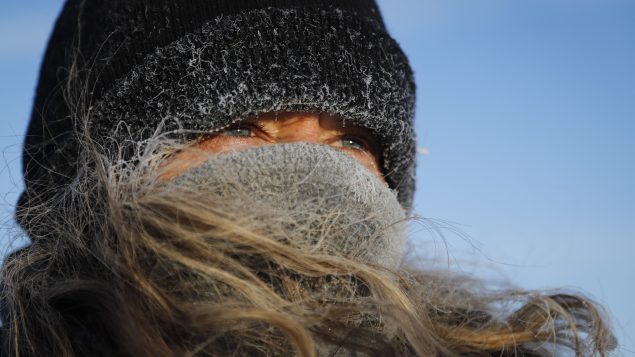 Sue McIntsh, of Healing Hooves Equine Therapy, tries to keep warm while feeding her herd of horses on a -38 C day near Cremona, Alta., Wednesday, Jan. 15, 2020. Environment Canada says a polar vortex could bring bone-chilling cold to parts of Canada by the end of January of 2021. (Jeff McIntosh/THE CANADIAN PRESS)

The relatively mild winter across Canada is about to get much colder as a polar vortex is set to spill out of the Arctic regions into southern latitudes, bringing with it bone-chilling temperatures, according to Environment Canada senior climatologist Dave Phillips.

“The polar vortex is up there in the North Pole, spinning around like a top,” Phillips told CBC News. “And now we see that it’s weakened and weakened [and that] is not good, because it breaks out of its little fence and moves southward.”

Environment Canada’s meteorological models show the effects of the vortex could reach the central areas of Canada in the fourth week of January, Phillips said.

This could result in significant temperature drops from Manitoba all the way to Canada’s Atlantic Coast provinces, he added.

Weather models indicate that overnight temperatures in parts of Western Canada could drop as low as -30 C. 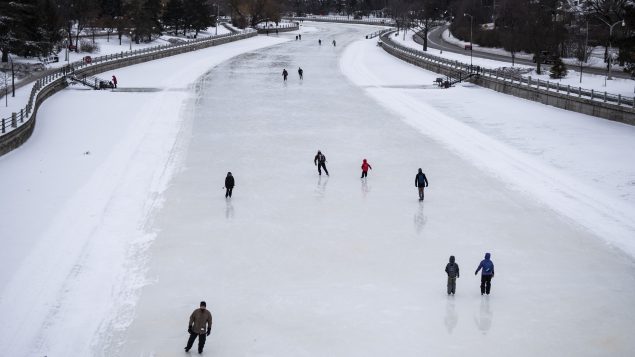 Skaters make their way along the Rideau Canal Skateway in Ottawa on the opening day of its 50th season, on Saturday, Jan. 18, 2020. (Justin Tang/THE CANADIAN PRESS)

So far, however, the winter has been much warmer than expected, Phillips said, calling it a “pandemic gift.”

Phillips said January is generally the coldest month and this winter was expected to be particularly brutal due to La Nina, a complex weather pattern that generally leads to cold and snowy winters.

“It’s been clearly much less brutal than we thought. We were thinking it was going to be the layered-up look with balaclavas and booster cables.”

With files from Wallis Snowdon of CBC News