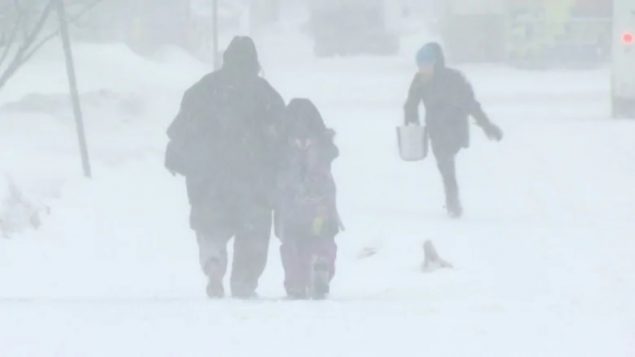 People in Saskatchewan make their way forward following another blizzard

There’s nothing quite like a winter storm to put things in perspective.

Ask the people in Saskatchewan.

Early last November, they got smacked with a storm that left people in the town of Kindersley sifting and shovelling 47.6 cm of snow that fell–a fall that set a 48-hour record. 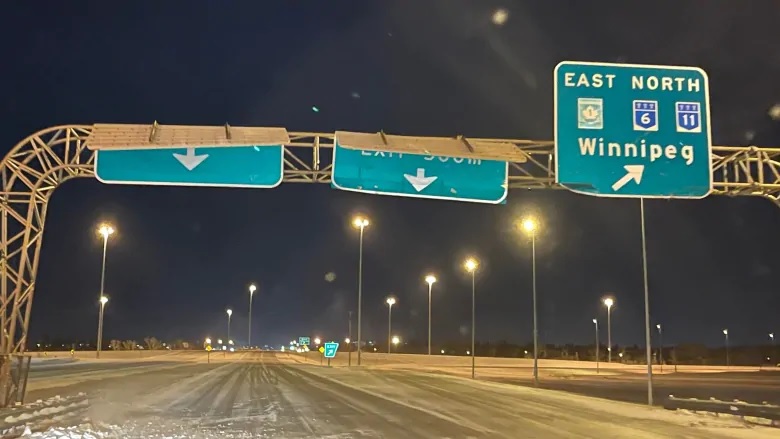 Heavy winds–that rose to 122 km/h at Regina International Airport at midnight–bent large highway signs over deserted highways in and around the the city on Thursday morning. (CBC/Mickey Djuric)

That got people thinking about the blizzards past, including one that battered the province in 2007, dropping up to 55 cm of snow in some places.

Historians, meanwhile, brought up the one in 1906 that lasted two weeks.

So a storm–carrying a mix of snow, freezing rain and very stiff winds–that began Wednesday and continued through the night into today, knocking out power lines and stranding drivers on deserted and treacherous highways, wasn’t all that new.

Still, winds were severe across the province, gusting to a not-so-healthy 143km/h south of Regina.

WATCH/ CBC videographers’ footage of the the Saskatchewan blizzard.

“I was like, ‘I can’t go anymore,'” Jeremy Zens, who spent the night in his truck near Regina, told the CBC’s David Shield.

“The wind was so strong. When my vehicle was in park, it was pushing me all the way to the other side of the lane on the highway part.”

A resourceful Canadian to his core, Zens found a way to make it through the night.

“I’ve got almost half a tank of gas, got some tunes, got the heat going,” he told Shield.

“I’ve been checking the exhaust pipe every 45 minutes, making sure it’s all clear…I’m going to be tired, though!” 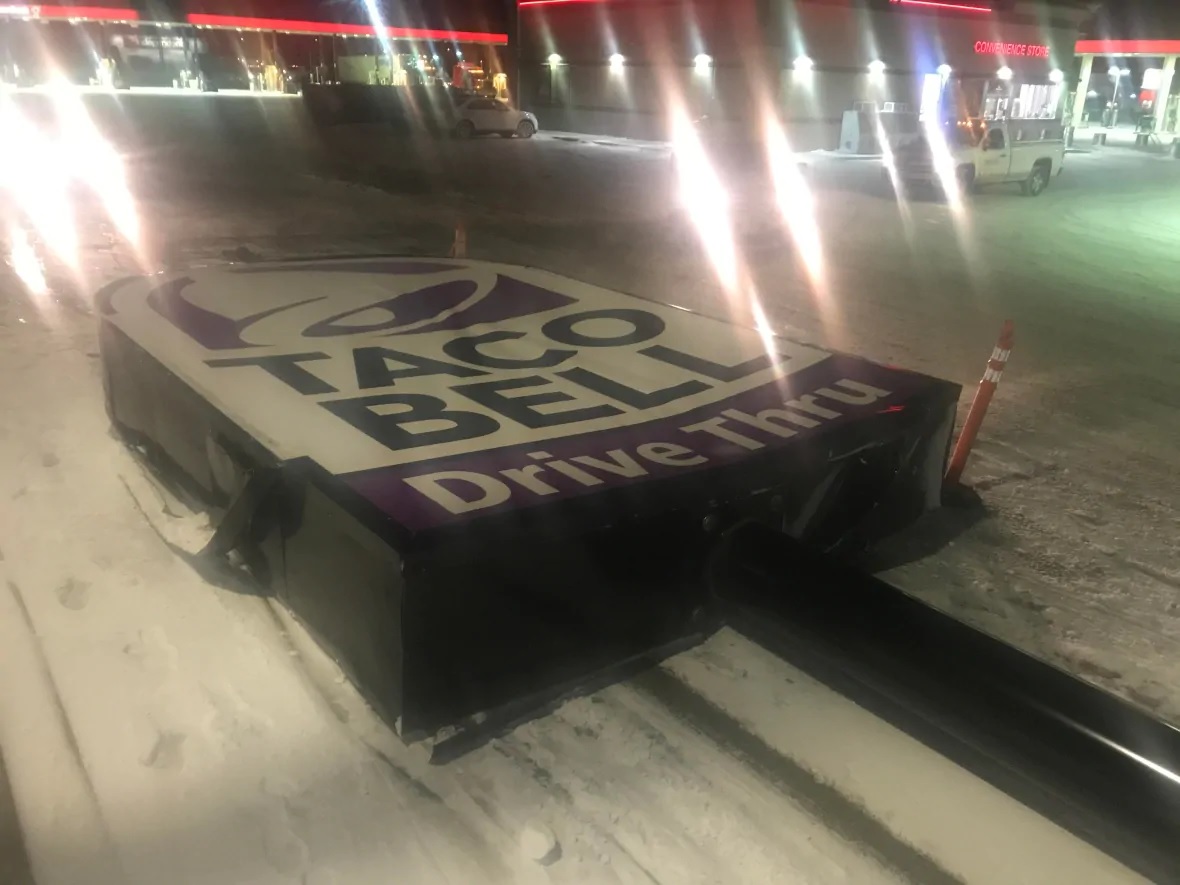 A large Taco Bell sign was blown over by the severe winds. (CBC/Dan Zakreski)

The provincial Ministry of Highways warned people to not venture out onto highways today because conditions remained dangerous.

“So. we’ll wait until the storm front blows through and hopefully our workers can get out and start operations again and safely.” 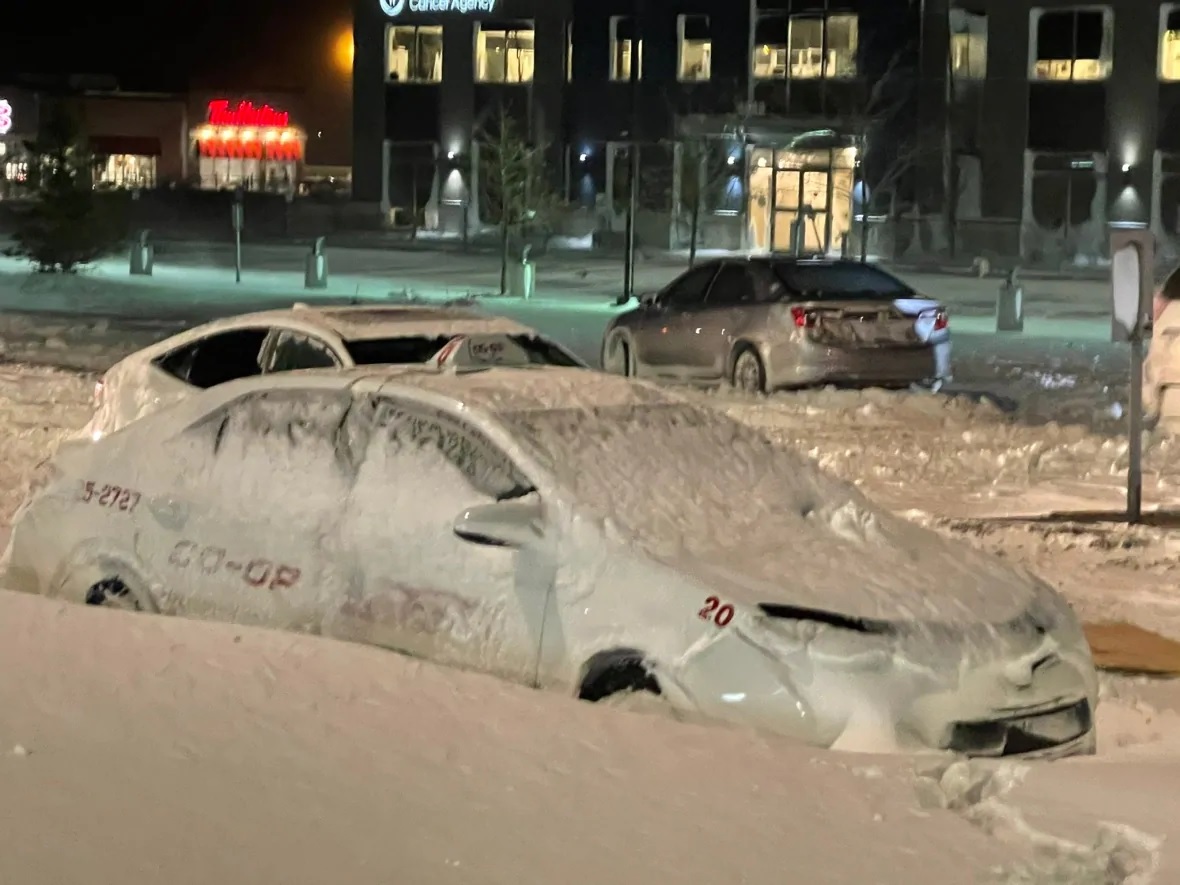 Which is, of course, what happened.

This is, after all, part of what makes Canadians Canadian and Canada Canada. 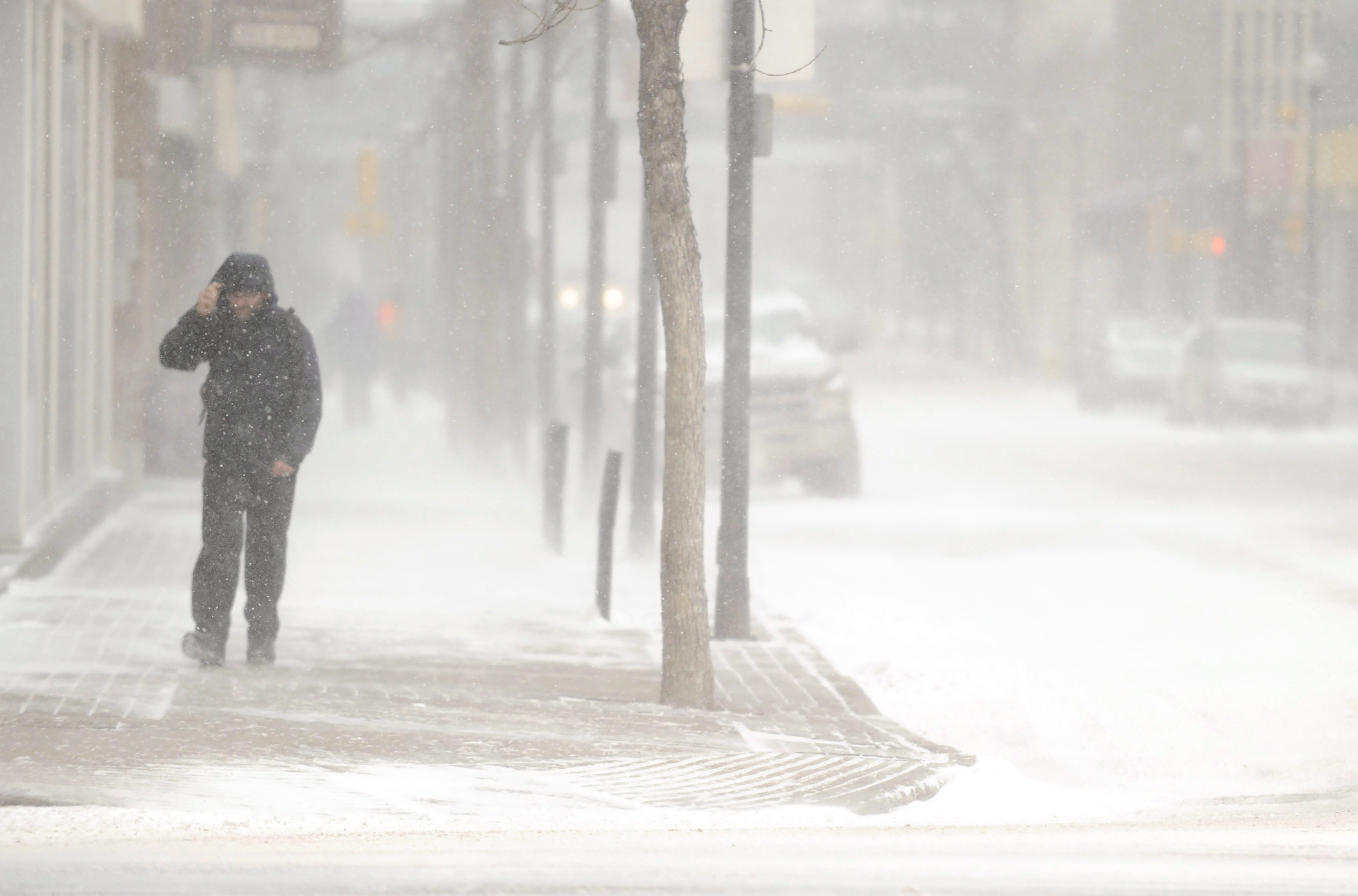 Saskatchewan has seen its fair share of winter storms over the years, including this one on March 6, 2017 when high winds and falling snow made for low visibility in Regina and southern Saskatchewan. Not surprisingly, similar conditions were reported again beginning Wednesday and lasting into Thursday. (THE CANADIAN PRESS/Mark Taylor)

The forecast for Friday: mainly sunny, a high of minus-6C.