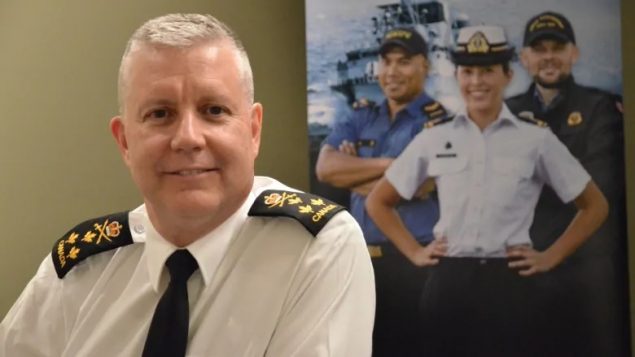 Art McDonald, then the commander of the Royal Canadian Navy, is pictured last December shortly before the announcement that he would take over as Canada's new chief of defence. (CBC/Murray Brewster)

The new leader of the Canadian Armed Forces has apologized to members of the military who have faced discrimination and harassment while serving.

Admiral Art McDonald made the comments as he was sworn in Thursday at a mostly virtual ceremony in Ottawa that lacked the usual pomp and circumstance because of COVID-19.

“I apologize to you, my teammates, our teammates, who have experienced racism, discriminatory behaviour and or hateful conduct. I’m deeply sorry,” McDonald said.

“I want you to know that I will do all that I can to support you, to stop these unacceptable acts from happening, and to put into practice our guiding principle: respect the dignity of all persons. Creating a respectful environment is a responsibility that we all share.” 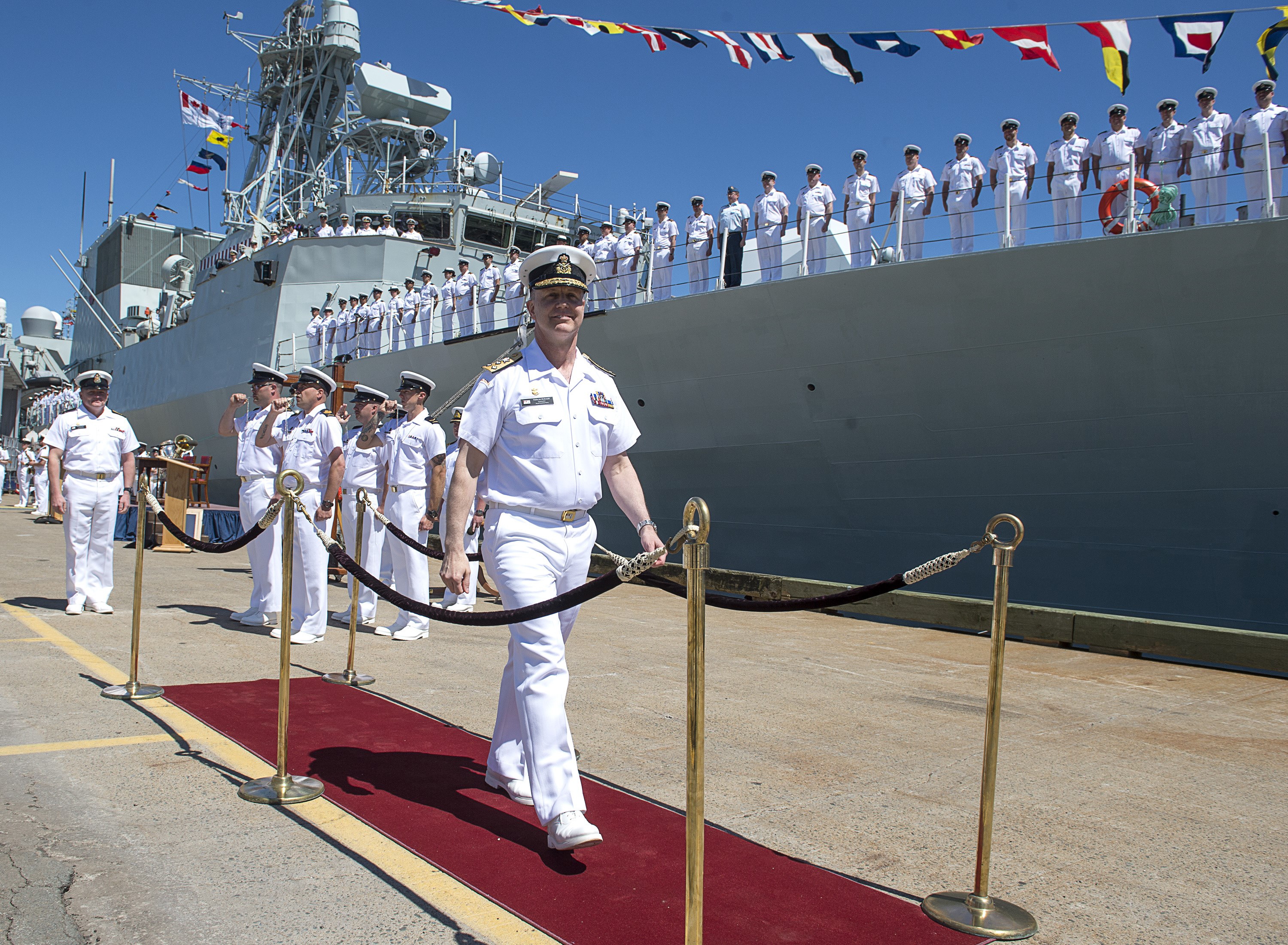 Vice Admiral Art McDonald heads from the Royal Canadian Navy Change of Command ceremony in Halifax on Wednesday, June 12, 2019 after being appointed commander of the Royal Canadian Navy. On Thursday, McDonald became the Canada’s 20th chief of the defence staff. McDonald served in frigates throughout much of career, rising to command HMCS Halifax and was was the component commander for the navy’s deployment when it responded to the 2010 earthquake in Haiti. (THE CANADIAN PRESS/Andrew Vaughan)

Racism and discrimination in the military have come under increasing scrutiny in Canada.

Last December, Defence Minister Harjit Sajjan launched a panel to investigate reports of racism, intolerance and white supremacy in the armed forces, which has come under fire as revelations of some members’ links to right-wing groups and reports of sexual misconduct became public.

Sajjan’s announcement came a week before Prime Minister Justin Trudeau appointed McDonald, who had been serving as the commander of the Royal Canadian Navy, as the new chief of the defence staff (CDS) to replace Gen. Jonathan Vance, who announced his retirement last summer.

At the time, Trudeau told The Canadian Press that he expected McDonald to make eliminating hate from the military a top priority.

Last September, Lt.-Gen Wayne Eyre, the army’s commander, said he was giving individual army units across the country “explicit direction” on how to deal with soldiers suspected of hateful conduct and extremism.

In June, Canada’s top military and civilian defence officials apologized for not responding sooner to questions about systemic racism in the Department of National Defence and Canadian Armed Forces.

Speaking to reporters after yesterday’s ceremony, McDonald said he felt it necessary to make the apology because–even though it was unintentional–he has been guilty of perpetrating some of the problems that the military is now trying to address.

“My case is one that’s representative of many: I think I was doing the things that needed to be done, but then when challenged by some of the circumstances, I thought maybe I didn’t hear a voice,” he said.

“It caused me to realize that if I look around, and I saw a force … that really thought that they were doing the right things. And yet some amongst us — either themselves reporting it or it being reported from outside — they didn’t feel that same peace.”

The physically distanced ceremony was held in a room usually used for press conferences at the National Defence Headquarters building in Ottawa.

Videos of ships, planes and tanks replaced real ones.