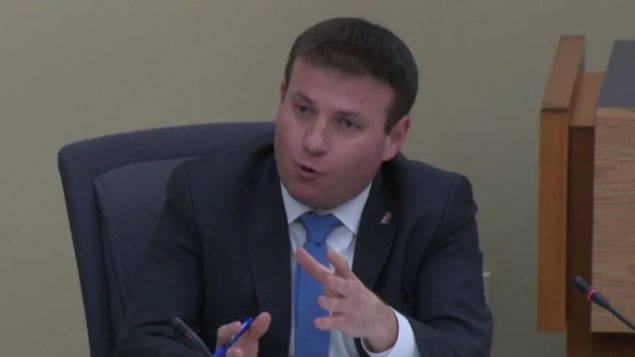 Ontario Premier Doug Ford has kicked a provincial legislator from the governing party caucus for posting an open letter that claims that the province’s pandemic lockdown measures are “deadlier than COVID” and calls for an end to restrictions.

In a statement issued Friday morning, Ford called the comments from the two-page letter by York Centre MPP Roman Baber “irresponsible,” saying he won’t be allowed to seek reelection under the Progressive Conservative banner.

“By spreading misinformation he is undermining the tireless efforts of our frontline health-care workers at this critical time, and he is putting people at risk,” Ford said. “I will not jeopardize a single Ontarian’s life by ignoring public health advice.

“There is no room for political ideology in our fight against COVID-19 — rather, our response has been and will always be driven by evidence and data.” Ford said.

Baber said all he did was write “a respectful letter to Premier Ford, asking to end the lockdown.”

“Look at the data — the virus is real but the crisis is mostly in LTC (long-term care),” Baber tweeted. “Let’s focus on LTC & hospital capacity, but ending the Lockdown is best for our health.”

Baber wrote that the virus is not as deadly as first thought and claimed Ontario’s hospital capacity is “better than pre-pandemic.”

But provincial health authorities refuted many of the claims made by Baber arguing that 40 provincial hospitals are reporting occupancy rates of over 90 per cent.

“Over the last four weeks, there has been a 72 per cent increase in hospitalizations and a 61 per cent increase in intensive care unit (ICU) patients,” Ontario Ministry of Health said in a fact sheet posted on its website. “Further, more than half of the provincial ICUs are full or only have one or two beds left.”

So far, more than 5,200 Ontarians have lost their lives to the virus.

Ontario reported another 2,998 cases of COVID-19 this morning, as well 100 additional deaths of people with the illness.