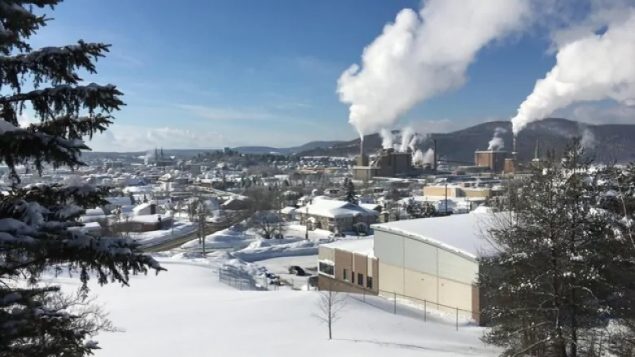 As Ontario and Quebec reported a decline in COVID-19 hospitalizations, officials in New Brunswick moved the northwestern part of their province, including the city of Edmundston (above), to the red recovery phase following a spike in COVID-19 cases. Restrictions took effect Monday at midnight. (Radio-Canada/Bernard LeBel)

Canadians looking for a glimmer of hope in the COVID-19 pandemic battle may be able to take a bit of solace from statistics released Sunday in Ontario and Quebec–the provinces hit hardest hardest hit by the virus.

Officials in both provinces reported a decline in the number of hospitalizations–-a respite for exhausted health workers.

How long it lasts remains to be seen.

The news came as New Brunswick reported a new one-day high of 36 new cases, prompting officials to announce new restrictions in northwestern part of the province, which includes the city of Edmundston .

“We are again reminded of how quickly the COVID-19 virus can spread, and how quickly things can change,” Dr. Jennifer Russell, the province’s chief medical officer of health, told a news conference.

Like other provinces in Atlantic Canada, New Brunswick has–so far–managed to avoid the overwhelming number of cases reported in many other provinces, thanks mainly to the so-called Atlantic Bubble that has restricted travel from regions outside the area

As of Monday morning, New Brunswick had confirmed 947 cases and 12 deaths.

The data came as the man heading the province’s vaccination program distribution program, retired general Rick Hillier, told CBC News that the province wants to have everyone vaccinated by late July or early August,

Quebec, where high school students returned to their classrooms on Monday after a month away, reported 1,744 new infections due to a data issue that omitted some new infections from the tally.

Officials reported 50 deaths as a result of the virus.