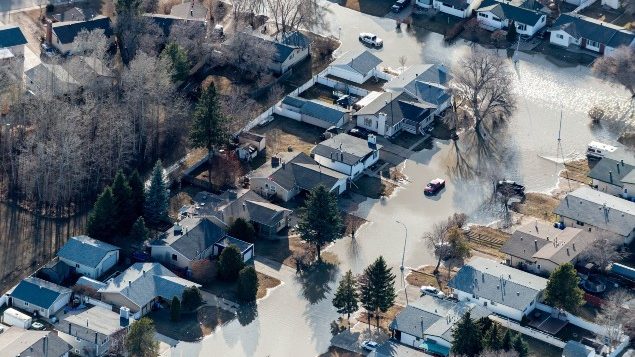 Flooding in April and May 2020 in Fort McMurray caused $562 million in insured damage and was one of Canada’s costliest extreme weather events that year. (Greg Halinda/The Canadian Press)

The Insurance Bureau of Canada publicized the payouts resulting from severe weather events in Canada in 2020 saying they “highlight the financial costs of a changing climate to insurers and taxpayers.” However, a managing director of CatIQ, a Toronto disaster analysis firm, told the Globe and Mail newspaper that while “climate change produces more extreme weather events…continued development of urban areas also plays a significant role” in catastrophic losses.

Insured damage for severe weather events across Canada in 2020 reached $2.4 billion making it the fourth highest year for insured losses since 1983. The highest loss was $1.3 billion incurred after a hailstorm in the western city of Calgary on June 13. Next was flooding in the western city of fort McMurray between April 26 and May 2 which cost $562 million. Storms in the western province of Alberta in July and August cost $221 million. Also noteworthy were: a January rainstorm and snowstorm in Southern Ontario and Quebec at $98 million, a November windstorm in Ontario at $88 million, a January rainstorm in British Columbia at $42 million. 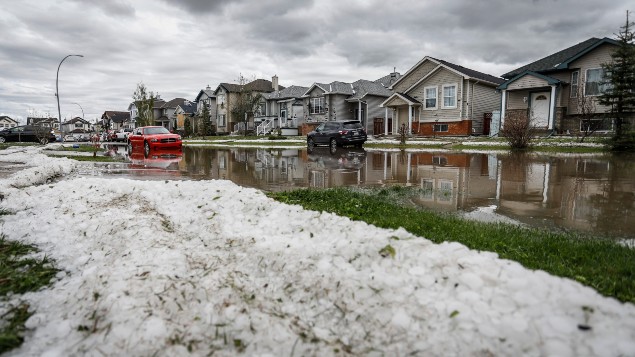 Cost borne by taxpayers too

The Insurance Bureau of Canada says that the cost of severe weather damage is borne by insurers and by taxpayers too. It notes that for every dollar the insurance companies pay, governments and taxpayers pay out much more to repair infrastructure that has been damaged. It criticizes the Canadian government for not having a national adaptation strategy to protect homes and businesses. The bureau praises the government for creating a Task Force on Flod Insurance and Relocation, but says that should be part of a larger plan rather than a standalone effort.

The bureau also commends government efforts to reduce greenhouse gas emissions which includes the creation of an enhanced carbon tax, but says that is not enough. “One of the known impacts of climate change is an increase in the frequency of extreme weather events and the damages they cause.  In addition to reducing emissions, Canada also needs a national adaptation plan to protect and prepare Canadians for a changing climate,” said Dr. Richard Florizone, Ph.D., President & CEO, International Institute for Sustainable Development (IISD) and Chair of the Taskforce for a Resilient Recovery.

The United Nations Environment Programme (UNEP) released a report on January 14, 2021 urging governments around the world to step up their efforts to adapt to “the new climate reality” adding that if they fail to do so they will face serious costs, damages and losses. Wrote Inger Andersen, UNEP’s executive director: “Based on current pledges under the Paris Agreement, the world is heading for at least a 3°C temperature rise this century. If this happens, 2020 will seem like a walk in the park.”