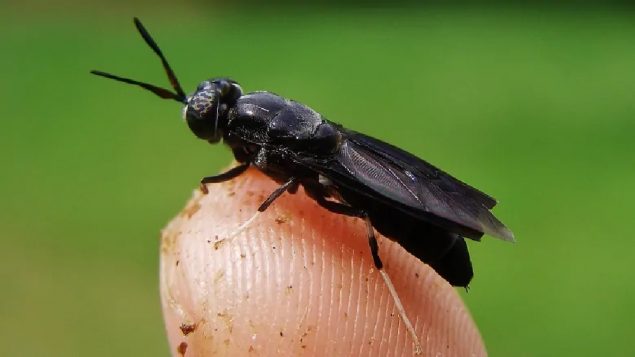 Actually the title is a rather misleading as a British Columbia company is recycling literally tonnes of waste food into useful animal feed and fertilizer every day, and they do it with maggots.

It is said that large amounts of food produced is actually wasted. Agriculture Canada estimates over 35 million tonnes of food are wasted in Canada annually.

One company Enterra was created to try to change that. 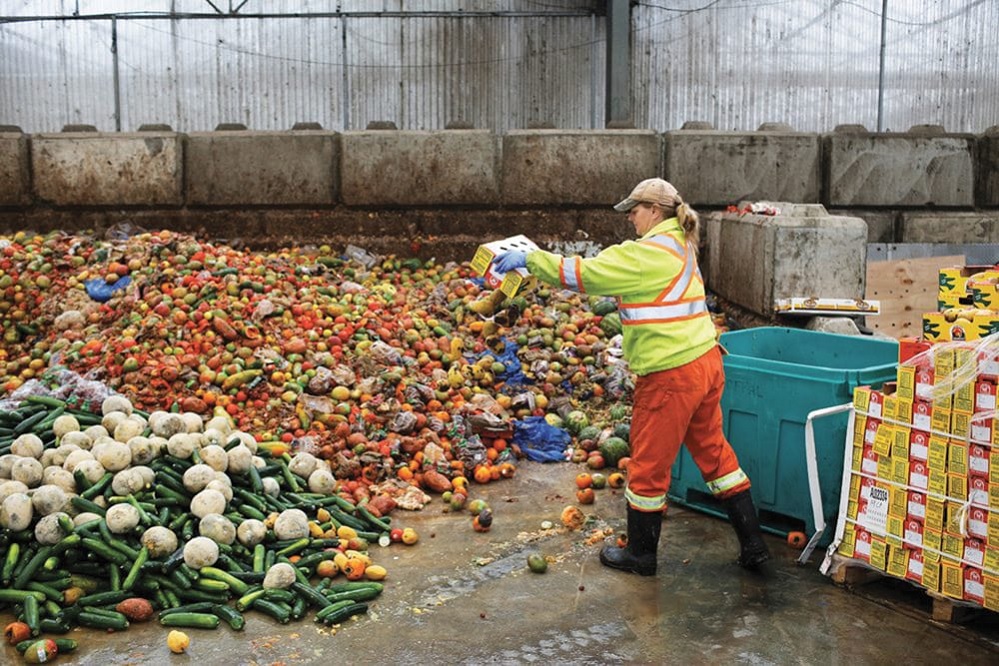 Food that would otherwise go to waste is collected at the Enterra B.C. operation. It will feed fly larvae, which in turn will be a valuable and rich source of fish and animal feed ( Ben Nelms-Reuters)

The firm was given a $6 million loan last year to help establish a new 17,000 square metre $30 million facility north of Calgary, Alberta, which creates animal feed from fly maggots. The loan came through a federal programme called Agri-Innovate, and although granted last year, it was only announced this week by Agriculture Minister Marie-Claude Bibeau.

Co-founded in 2007 by renowned environmental/scientist Dr. David Suzuki, the idea to use flies as animal feed came after seeing vast amounts of wild fish being fed to farmed fish and other farmed animals, and pets.  It has been said that it takes three tonnes of wild forage fish to result in one tonne of farmed fish product. Suzuki and co-founder Brad Marchant realized that with wild fish stocks being depleted, this was unsustainable and they hit on the idea of insect maggots as a high nutrition replacement.

The new facility can process up to 130 tonnes of food waste per day and result in 10 tonnes of high protein feed for the aquaculture, poultry, pet food, and wild bird feed markets. The process also creates 10-15 tonnes of organic fertilizer.  The waste food, usually fruits and vegetables, comes from farms, grocery stores, and other processors. 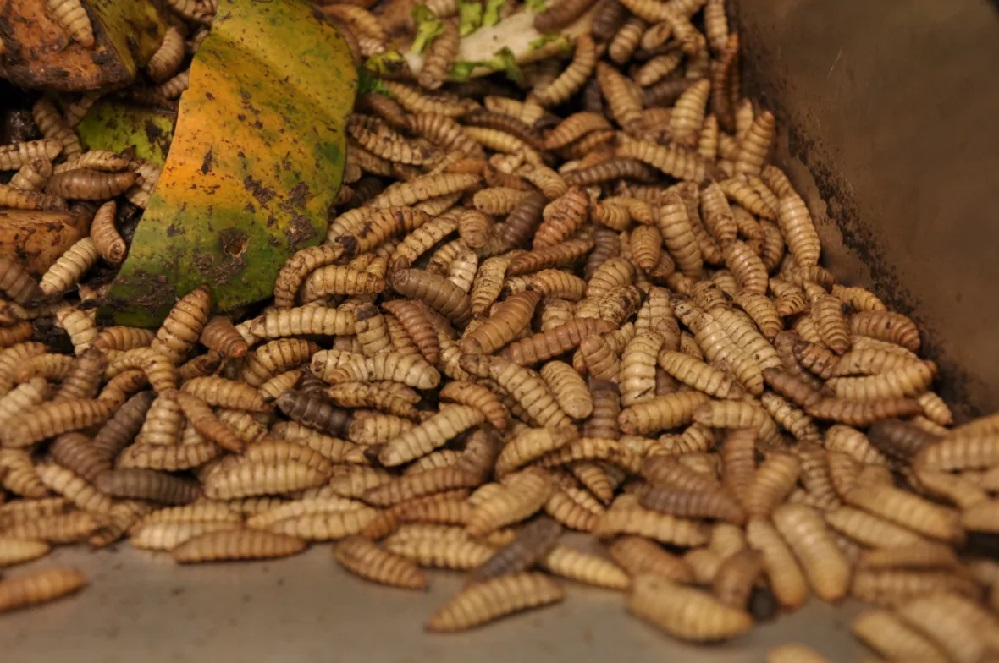 The millions of fly larvae are full of high quality protein and fat. Enterra prefers the term ‘larvae’ instead of ‘maggots’ . Their waste is also collected and sold as organic fertilizer ( Enterra Feed Corp)

The process turns the fatty grubs into dried food which is finding ready markets across the continent and into the European Union.

Enterra says it hopes to eventually expand operations into either Ontario or Quebec, and into the U.S.

In a statement this week Enterra president and CEO Keith Driver said  “Our sustainable approach of using pre-consumer food waste and upcycling the nutrients allows valuable nutrients that are often left unutilized or underutilized to be captured. The resulting products are high-quality feed ingredients with unique beneficial properties that markets are demanding around the world. This work is revolutionary and now Enterra is a world leader in harnessing the power of insects to feed and care for the world.”

While Enterra is not alone in trying to serve these markets, the output of all the alternative producers still cannot meet the growing demand and market research firm, Arcluster, estimates the insect-farming sector will grow to an over $4 billion industry by 2025.