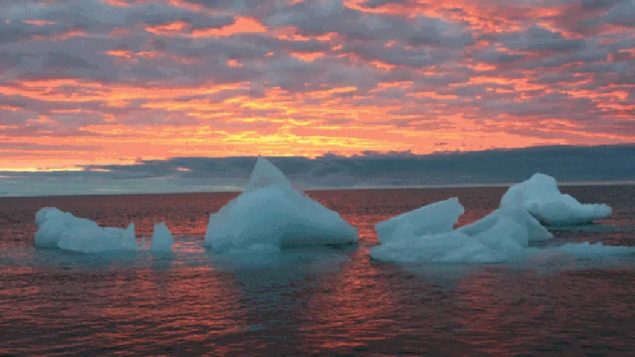 The Arctic oceans may seem a remote and unspoiled environment, but a study shows they contain microplastic fibres from your clothes washing. (Beth Ipsen/Associated Press)

Study shows bits of your clothes are polluting Arctic oceans

They are tiny bits of plastic 5 mm or less in size down to the microscopic level which come from deliberately made to be tiny such as microbeads in toothpaste and other personal care products, are result from the continuous breakdown of larger plastics, or from the textile industry.

Increasingly, evidence shows that these microplastics are ending up in the food chain from zooplankton, fish, seabirds and mammals with as yet undetermined consequences, although there have been many cases of plastics clogging animal guts and killing them.

We’ve known for some time now that microplastics have spread as far away as waters of the remote Arctic, but a recent study gives an indication of their origin.

That origin seems to be in large part your own clothes and washing machine.

Researchers at the University of British Columbia collected seawater samples from 71 locations across the Arctic circle from Norway to the Beaufort Sea from three to eight meters below the surface to 26 in the Beaufort ranging down to below 1,000 metres.  They found microplastic in every sample but one .

They found that 92 per cent of the plastics detected were fibres, with 73 per cent being polyester. 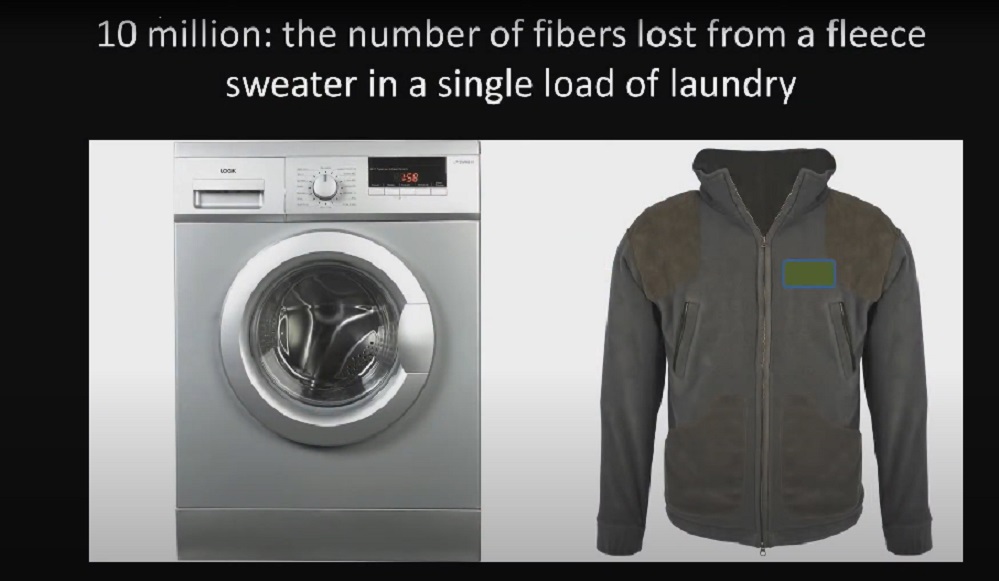 Led by Peter Ross of UBC’s Department of Earth, Ocean and Atmospheric Sciences, the findings indicate the average amount of material found was 49 bits of microplastic per cubic metre of water with the size averaging 14 microns thick and 1.1mm in length. 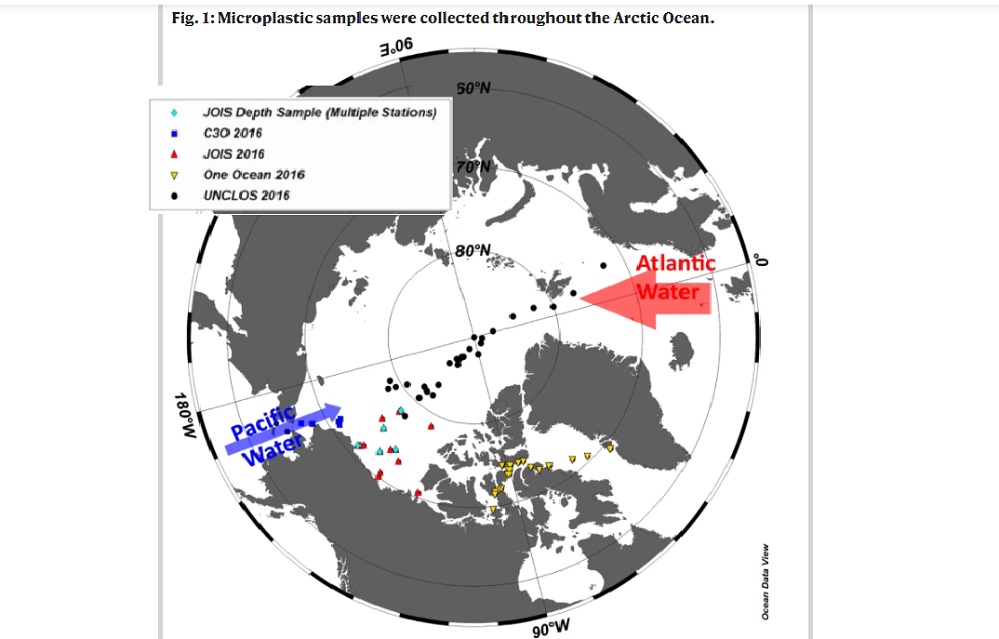 Microplastic (MP) particles were characterized in 71 near-surface (3–8 m depth) seawater samples collected during four oceanographic expeditions in 2016: (i) aboard the CCGS Sir Wilfrid Laurier with samples from the North Pacific Ocean, Bering Sea and Chukchi Sea (C30; blue squares); (ii) the United Nations Convention of the Law of the Sea expedition aboard the CCGS Louis S. St-Laurent along a transect from Tromsø, Norway, passing over the North Pole and into the northern Canada Basin (UNCLOS; black circles); (iii) the Joint Ocean Ice Study aboard the CCGS Louis S. St Laurent with samples from the Canada Basin (JOIS; red triangles); and (iv) the One Ocean Expeditions RV Akademik Ioffe, with samples collected from Greenland through the central Canadian Arctic Archipelago (OOE; yellow triangles). Microplastic samples (26) were collected at six stations in the Beaufort Sea down to 1015 m (pale blue diamonds). Arrows are drawn to provide an approximate representation of the well-described inflows of Atlantic- and Pacific-origin waters into the Arctic Ocean. The width of the arrows is proportional to the volume of the inflow: ~0.9 Sv Pacific water, ~8 Sv Atlantic water (1 Sv = 106 m3/s, e.g. Østerhus et al. 36). (Peter Ross et al)

The findings were released in a study in the science journal Nature Communications, under the title,  ‘Pervasive distribution of polyester fibres in the Arctic Ocean driven by Atlantic inputs’. (Open source here)

Ross says the fibres detected closely resembled those found in the domestic waste water treatment plant in Vancouver and in laundry effluent.

He estimates that the average N. American household releases 500 million such fibres annually from doing laundry. This amounts to quadrillions of fibres with a weight of 878 tonnes of microplastics released into the environment every year just from Canada and the U.S. alone.

Quoted in New Scientist, Ross said, “There is strong suspicion that laundry, clothing and textiles are playing a significant role in contaminating the world’s oceans with microfibers. It has the potential to catastrophically impact at different levels of the food chain.”

Ross notes that not all fabrics release the same amount of fibres and that there is a great opportunity for the making of better textiles to greatly reduce the amount of such microplastics being released in more sustainable clothing.

He also notes that lint traps on washing machines and dryers can also greatly help in capturing the fibres.