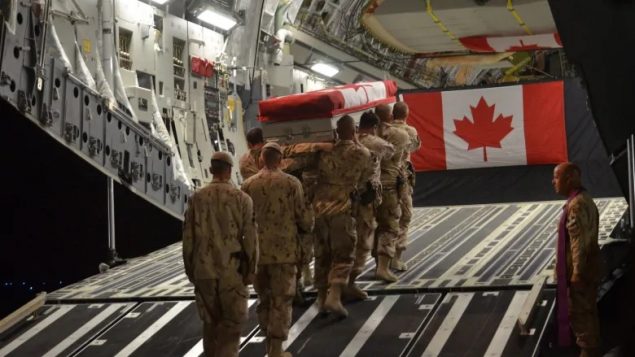 Canadian soldiers carry a flag-draped casket up the ramp of a C-17 transport plane at Kandahar Airfield on June 28, 2011. A new report released Tuesday says the federal government's new mental-health rules and restrictions that affect veterans' families are not working. (THE CANADIAN PRESS/Murray Brewster)

In a report released Tuesday, Nishika Jardine, who was appointed last fall, suggests the new restrictions have harmed many veterans’ families–who face unique challenges, such as constant moves and long separations.

The constraints were imposed last year after it was revealed that a convicted killer, Christopher Garnier, had obtained taxpayer-funded post traumatic stress treatment in prison to cope with the murder because his father, Vince, was a veteran.

The revelation created controvery that the government attempted to tamp down by creating the new rules. 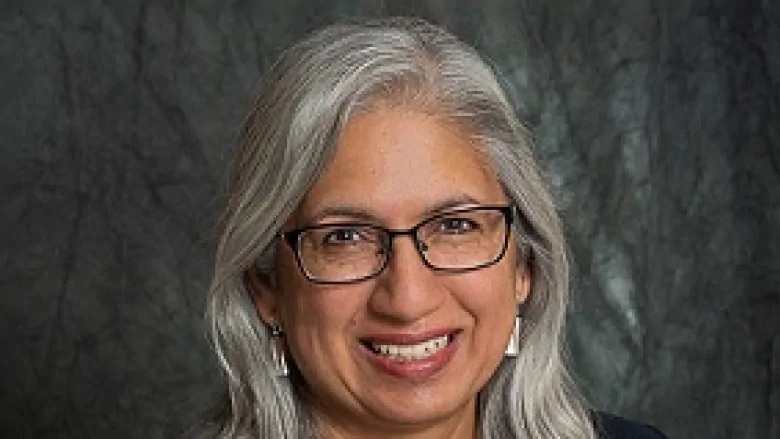 The updated restrictions limit federal support for family members if their own treatment aids the recovery of a relative who served in uniform, and if the treatment is set up by the veteran’s doctor.

Family members are permitted 25 sessions per year, and not allowed more than one professional at a time.

(As well, CBC News reported last March that family members of some former soldiers said they had been cut off from taxpayer-funded care by the federal government. Federal officials said no one had been “cut off” from care.)

“The provision of mental-health care to family members is an issue of fair outcomes in that service-related needs are not being met by current programs,” Jardine said in Tuesday’s report that notes “a lack of transparency with respect to how these significant changes in interpretation were implemented.”

Jardine was especially unhappy with the way the government rolled out the changes.

“The lack of clear communication caused confusion and frustration among some veterans and their families, especially since some family members only found out about the changes during their mental health appointments,” the report says. 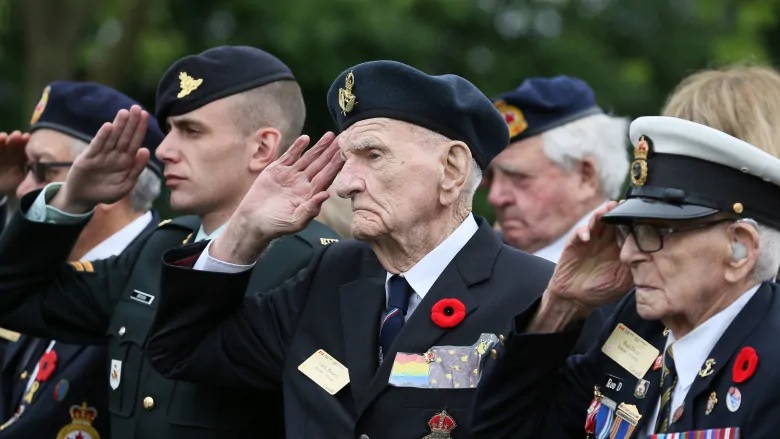 “The [Office of the Veterans Ombudsman] believes this guideline continues to be too narrow and that families should receive better access to the mental health supports that they need,” says the report.

The CBC’s Murray Brewster reports that in a written response to the report, “Veterans Affairs gave little indication that it would accept the ombudsman’s recommendations — which, among other things, call for veterans families to be given separate legislative treatment so they can access services more smoothly.”

Garnier was convicted of second-degree murder in 2018 in the death of an off-duty Truro, N.S. police officer, Catherine Campbell, in Halifax in 2015.

At trial, an expert for the defence testified Garnier developed post-traumatic stress disorder as a result of the killing.

Last July, the Nova Scotia Court of Appeal rejected an appeal by Garnier’s lawyers to overturn the conviction.