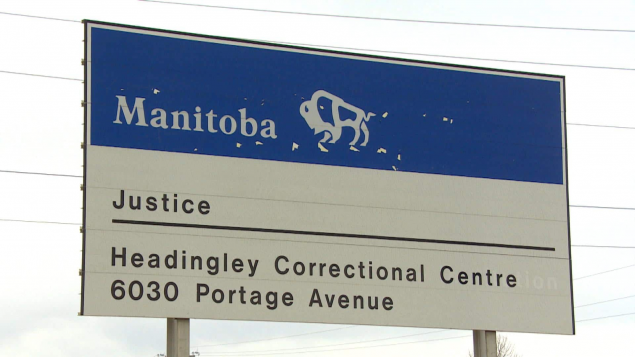 Lawyers for Peter Nygard continue to try to win bail to get him released from the Headingley Correctional Centre, the former fashion icon's address since he was arrested in December. They hope to have an answer by next Friday. (CBC)

Disgraced Canadian fashion mogul Peter Nygard will remain behind bars–at least for the time being.

Once again, on Thursday, his lawyers were back in court trying to get him released from Headingley Correctional Centre west of Winnipeg, where he has been since his arrest in December at the request of the Southern District of New York, which wants him extradited to face nine criminal charges that include rackateering and sex trafficking

The lawyers promised Manitoba Court of Queen’s Bench Justice Shawn Greenberg that the 79-year-old Nygard, who has denied the charges, will be under constant video surveillance and have a security guard watching the outside of the house where he’ll stay if he’s released on bail next week. 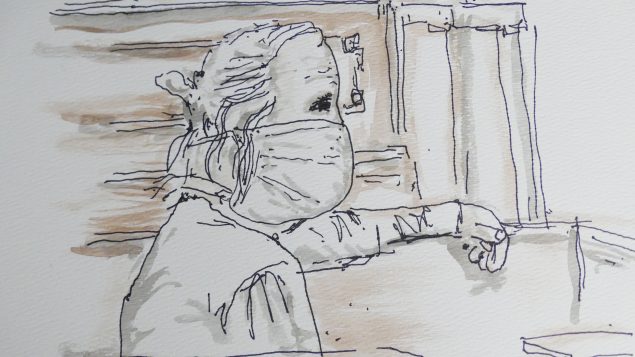 Former Canadian fashion mogul Peter Nygard appears in front of a judge in court in Winnipeg on Dec. 15, 2020, in this court sketch. (THE CANADIAN PRESS/James Culleton)

Greenberg reserved her decision until next Friday, Feb. 5, at 9 a.m., but added that it could come sooner.

Government of Canada lawyers have argued against bail, saying Nygard is a flight risk–something Nygard denies–because–he has said–he let his passport expire in September 2020.

However, a CBC News story, credited to Caroline Barghout and Timothy Sawa, published Wednesday showed a photo of the passport with an expiry date of March 19, 2025.

Prior to Thursday’s bail hearing, CBC News story published a story that reported that hours of behind-the-scenes video shot by a whistleblower showed Nygard screaming at his employees and approaching a 16-year-old girl at the London Olympics. 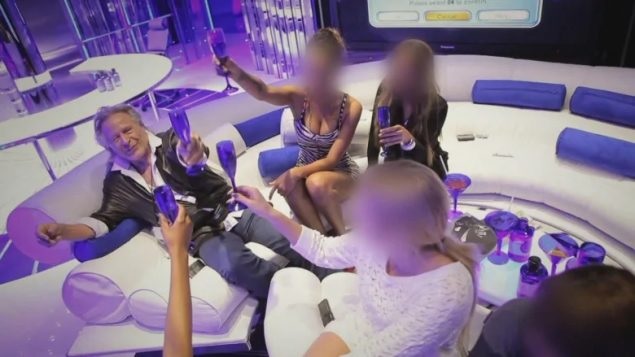 In this photo from video taken by Stephen Feralio, Peter Nygard is with a group of women at his office in Manhattan as they celebrate Bahamian Prime Minister Perry Christie’s election win in 2012. (Stephen Feralio)

“Several videos shared with CBC document what Nygard called pamper parties. Every Sunday for years, Nygard would host parties in the Bahamas or Los Angeles. Young women and girls were invited for what Nygard said was a day involving fun on the beach, food and dancing,” according to the report credited to Timothy Sawa, Lynette Fortune, Bob McKeown.

Nygard came to Canada as a child from Finland with his parents in 1952 and founded his fashion company in Winnipeg in 1967.

As he grew his brand, Nygard International–known around the world for his flashy billboards–he garnered notoriety for hosting lavish parties.

He stepped down as chairman in February after the FBI and police raided his home in Los Angeles and his company’s headquarters in New York. 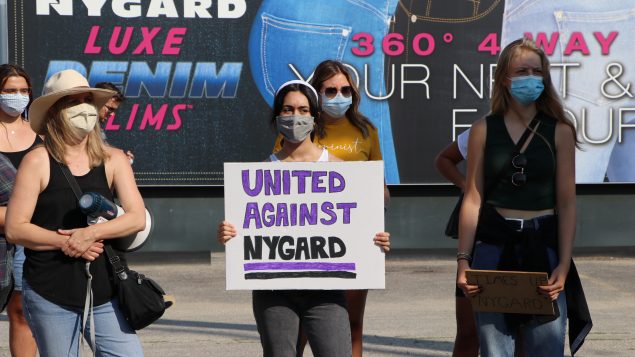 People hold signs at the Time’s Up Nygard protest against in Winnipeg on Aug. 26, 2020. (THE CANADIAN PRESS/Kelly Geraldine Malone)

Fifty-seven women–including 18 Canadians–are participants in the lawsuit, which was launched last February and then put on hold in August when a judge presiding over the case in the Southern District of New York entered a stay of proceedings.