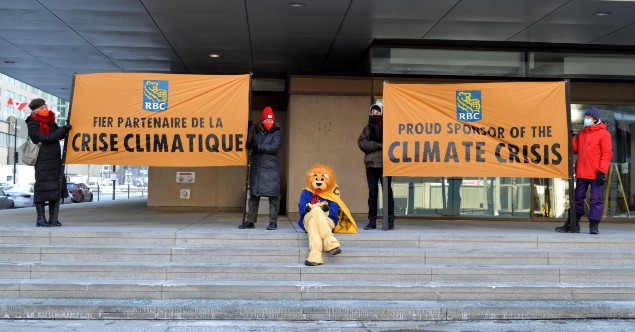 Demonstrators held banners in front of RBC banks headquarters in Montreal along with someone posing as the bank’s mascot. (Extinction Rébellion Montréal)

There were demonstrations across Canada on January 29, 2021 to demand that RBC and other Canadian banks stop funding fossil fuels and respect Indigenous rights. Several groups concerned about climate change called for a national day of action called “Fossil Fuel Banks No Thanks.”

Some projects opposed by Indigenous people

Among the projects financed are some that are opposed by Indigenous people. They include Coastal Gas Link, the Line 3 pipeline and the Dakota Access pipeline. Furthering the protesters’ anger is their view that green pledges like those made by TD bank’s “net zero by 2050” do nothing to change their practices, “not even to get out of coal, something that other banks around the world are doing.” 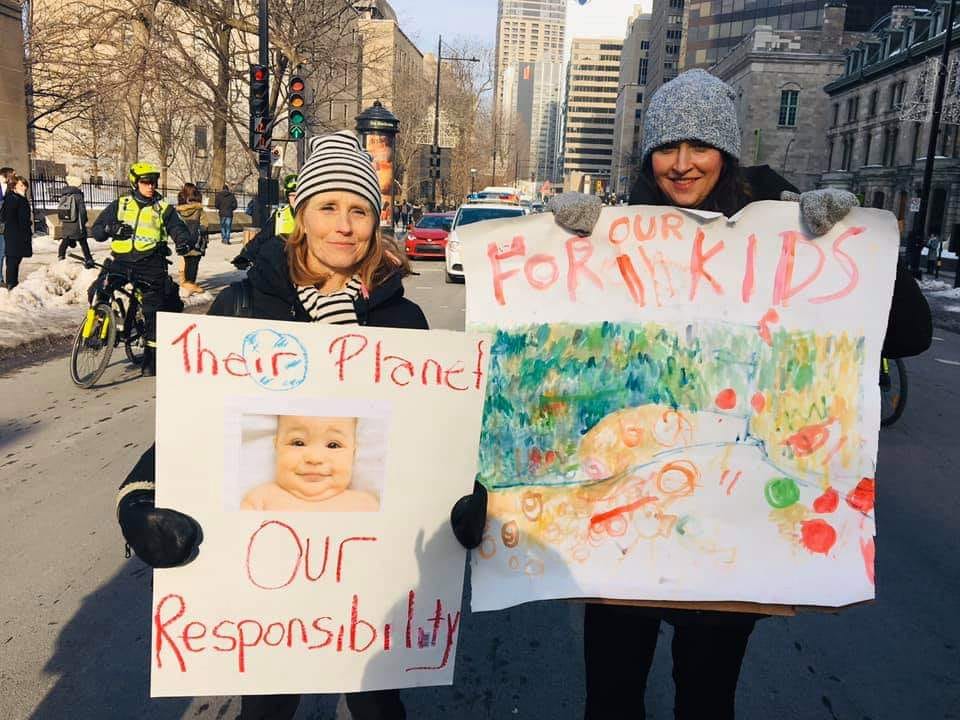 The demonstrations in front of several bank branches and other locations across the country were small as protesters sought to comply with pandemic restrictions. The campaign also involves online actions, postering and people contacting their banks to say they will withdraw their business unless changes are made. A Montreal protest included someone posing as RBC’s mascot. Sepideh Anvar of Extinction Rébellion Montréal said the lion is used to clean up the bank’s image at the same time as animals are hard hit by the banks’ financing of the fossil fuel industry and its effects on the environment.

Among those contacting their banks as customers, was Montreal mother of two, Jennifer Roberge. “Every day I grow more concerned about the state of our planet and how climate change will impact my children as they grow and have families of their own,” she said. “Taking action against climate change can seem overwhelming, but switching banks is not. I’m holding Canadian banks like RBC accountable for supporting Big Oil and turning a blind eye to the critical changes needed now to ensure a safe climate for our children,” 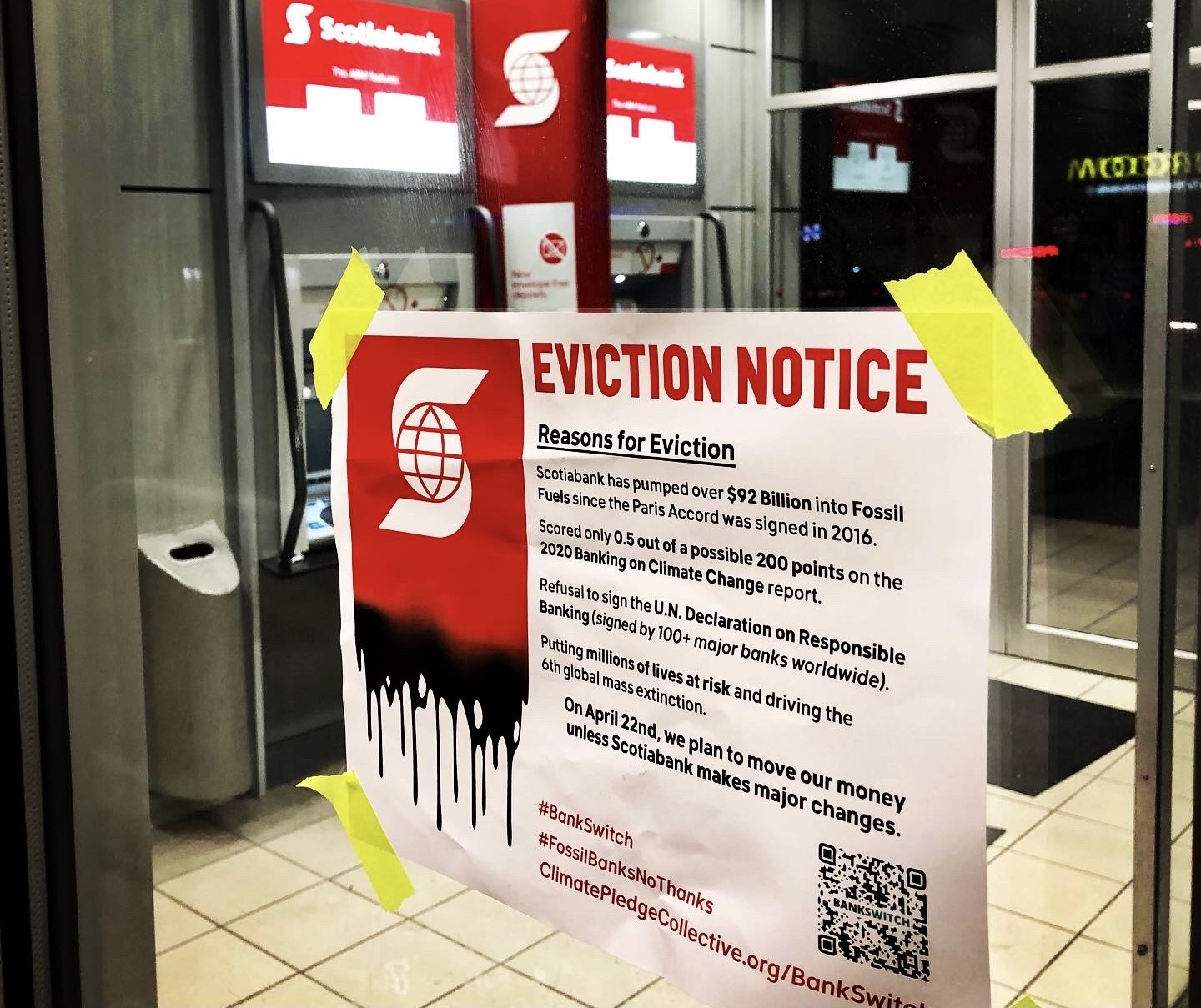 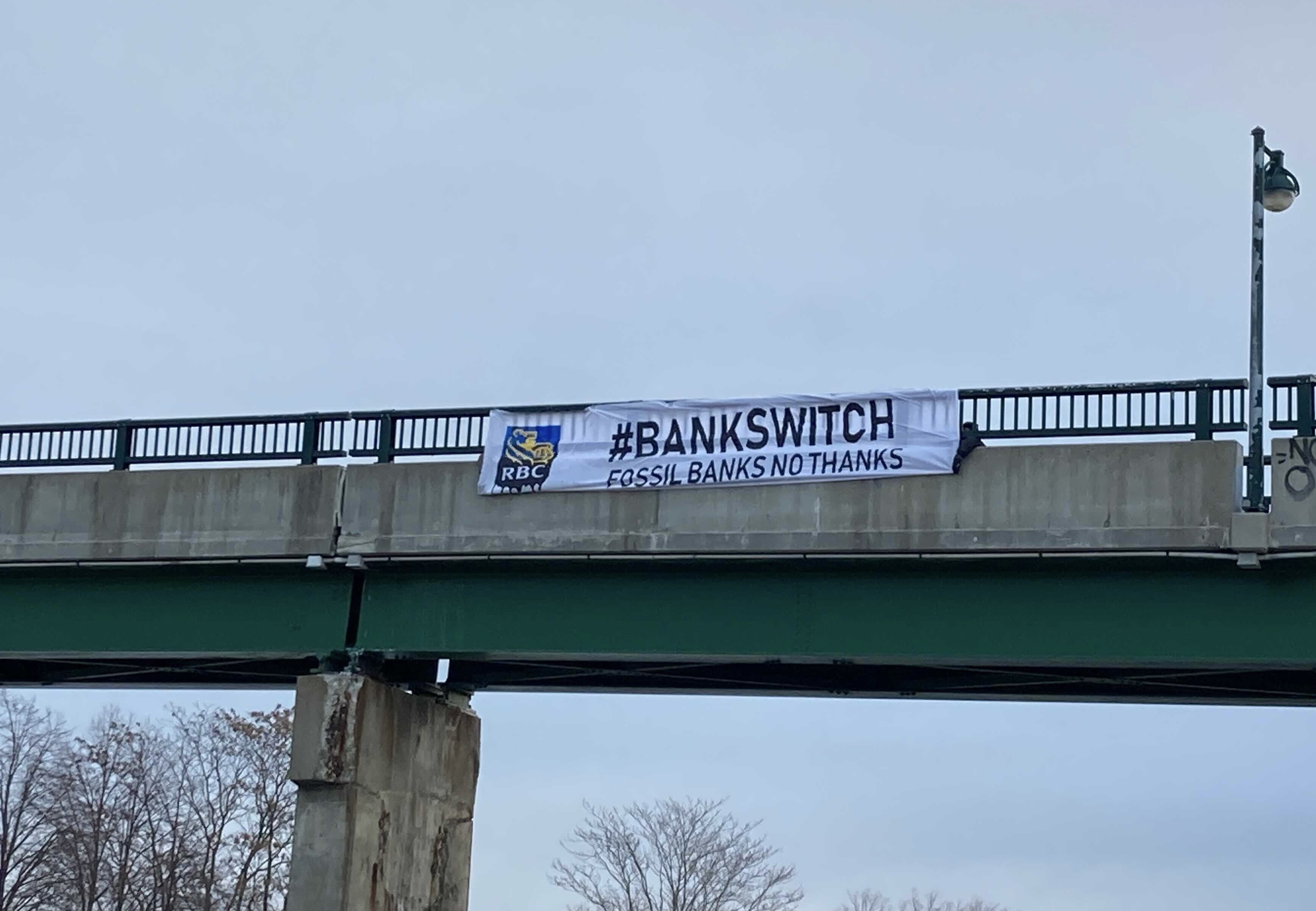 A large banner announcing the campaign was placed on an overpass spanning one of Toronto’s busiest highways. (Seph Marshall)