The granite headstone of a former Canadian prime minister has been defaced at a Toronto cemetery and no one is sure exactly why.

It could be anyone, police say, from a ne’er do well killing time at Mount Pleasant Cemetery to someone political with an axe to grind–though just what axe that might be is also a mystery–given that politicians, by definition, tend to make a lot of enemies from a lot of different political camps.

All anyone knows is that Wiliiam Lyon Mackenzie King’s gravestone was damanged and a photo ceramic image of him on a Parks Canada historical plaque was scratched off. 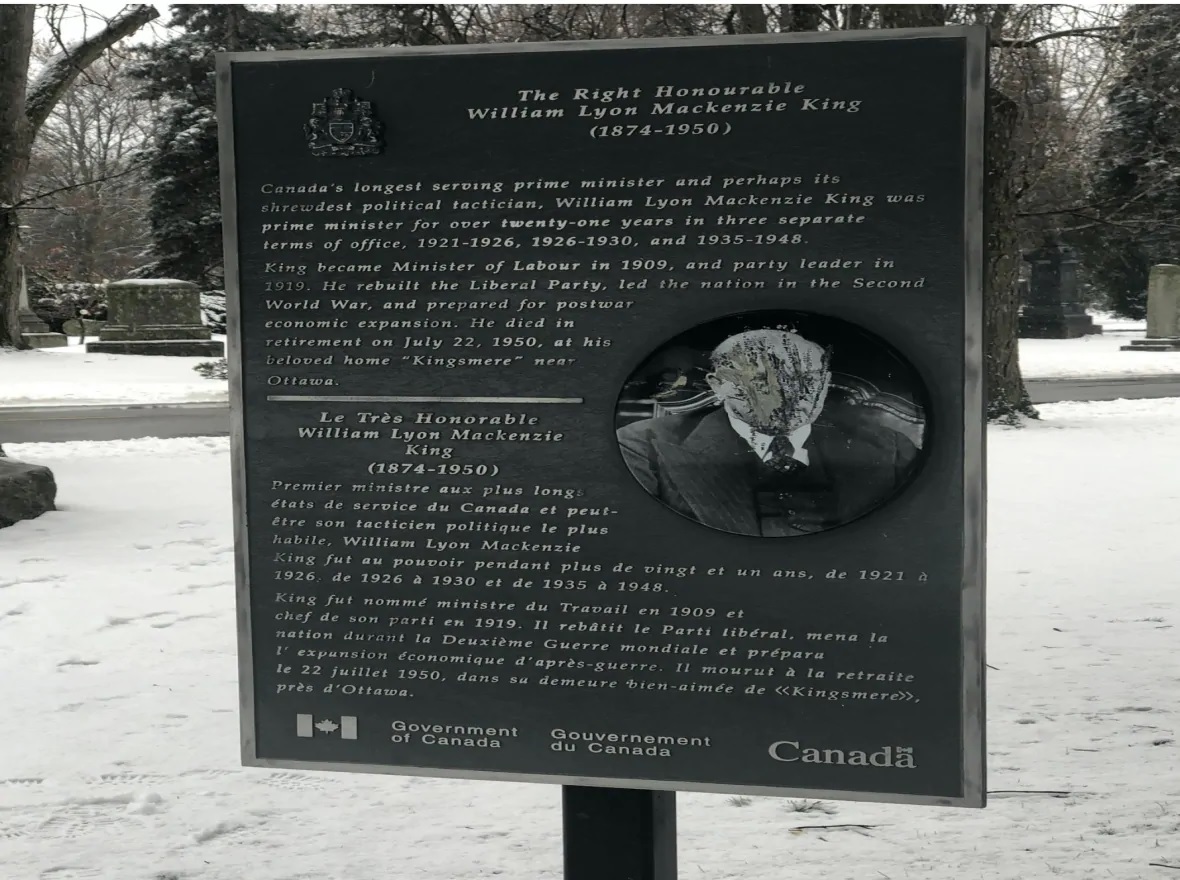 A photo ceramic image of William Lyon Mackenzie King on a Parks Canada historical plaque beside his grave was scratched off. (Ben Buchanan)

In a story published Saturday, CBC News’s Dalia Ashry and Muriel Draaisma report that the vandalism was first discovered on Jan. 3, that no one has been arrested and that police have no leads. J

A picture of his face currently sits on one side of a $50 bill. 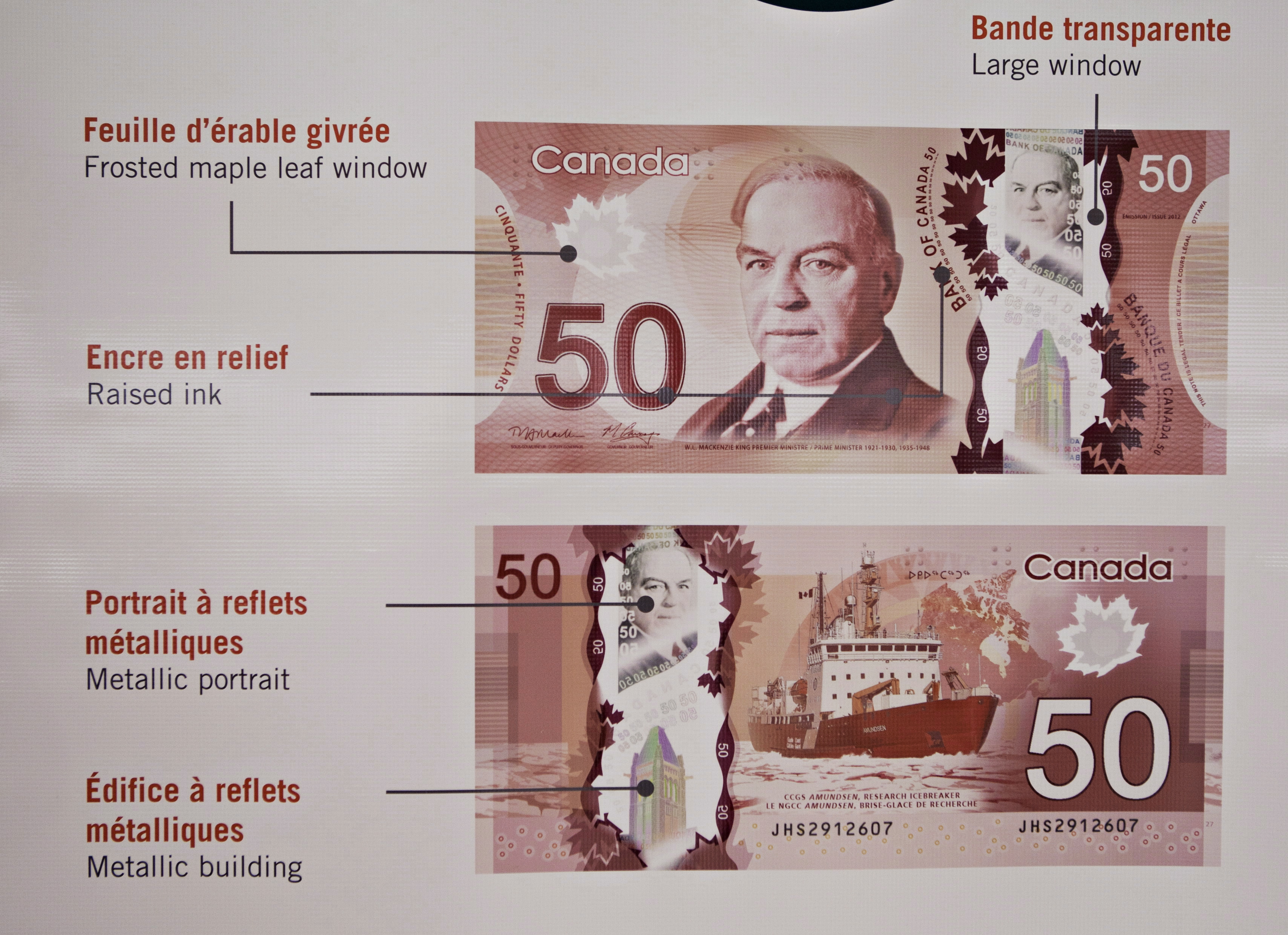 The new $50 bill made of polymer that has the face of former prime minister William Lyon MacKenzie King and Canadian Coast guard ship Amundsen is displayed March 26, 2012 in Quebec City. (THE CANADIAN PRESS/Jacques Boissinot)

There is no shortage of possibilities, according to Julie Gilmour, a historian who wrote a book about King entitled Trouble on Main Street: Mackenzie King, Reason, Race and the 1907 Vancouver Riots, who told CBC News she was surprised by the defacing and unclear about a possible motive.

“He hasn’t been in the news lately,” Gilmour said.

“It surprised me that anyone in the public would care enough to vandalize his monument right now. Nobody on Twitter is talking about Mackenzie King right now. It’s all about John A. Macdonald.”

Police have no leads about who defaced the headstone of William Lyon Mackenzie King in Mount Pleasant Cemetery in Toronto. (Ben Buchanan)

And where might the defacer be coming from politically?

She noted that one of his most controversial decisions during his time as prime minister was that the Canadian government did not allow the docking of the MS St. Louis, a ship carrying Jewish refugees from Europe in June 1939, just prior to the outbreak of the Second World War.

“Gilmour told feared ‘social disorder’ within Canada if he allowed the ship to dock,” Gilmour said, adding that the decision is seen as shocking today because it was an anti-Semitic act.

“There’s no doubt in my mind that he had racist views towards people of colour and Jewish immigrants,” she said. 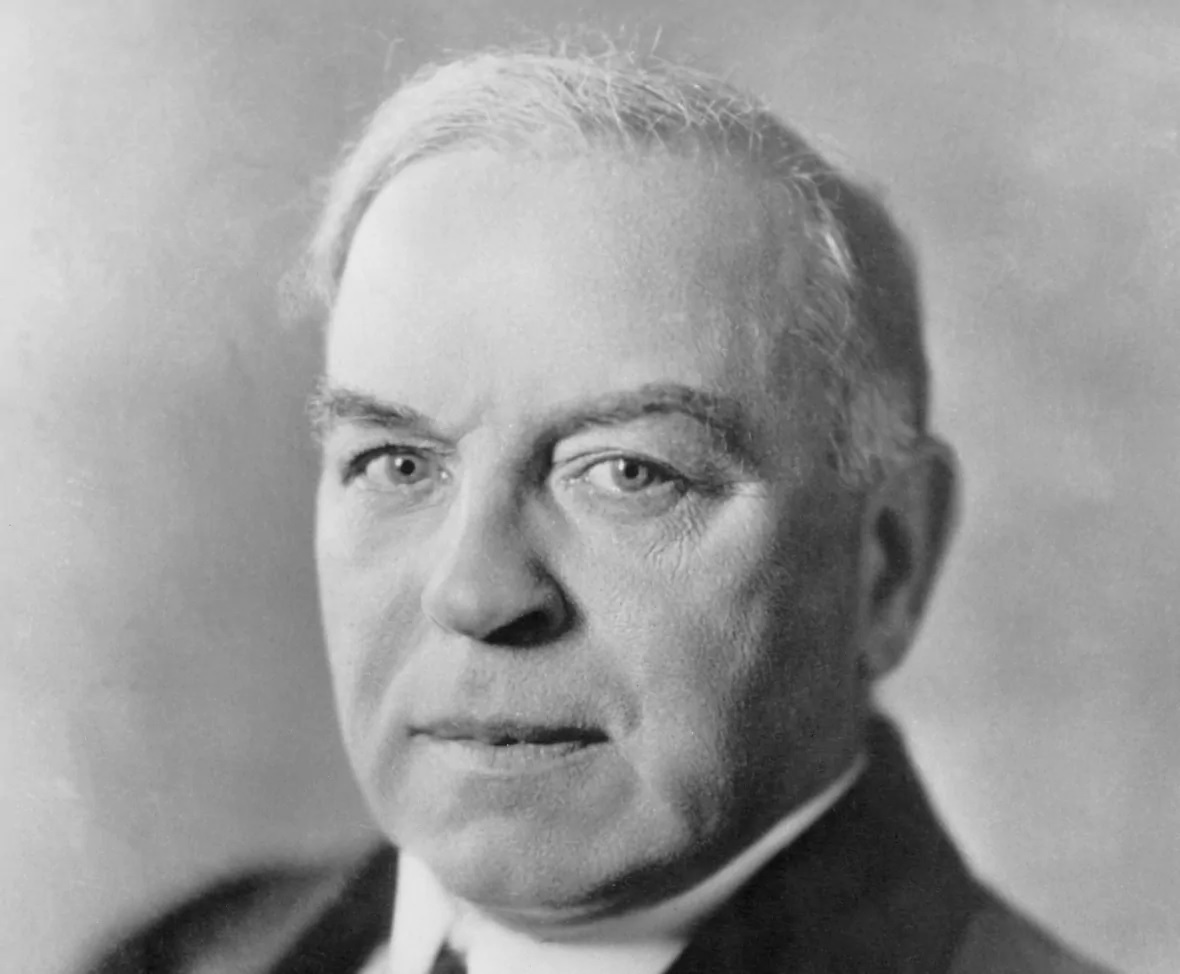 King lived from 1874 to 1950 and was prime minister three times. (THE CANADIAN PRESS)

Wikipedia reports that “A survey of scholars in 1997 by Maclean’s magazine ranked King first among all Canada’s prime ministers, ahead of Sir John A. Macdonald and Sir Wilfrid Laurier.

“As historian Jack Granatstein notes, ‘the scholars expressed little admiration for King the man but offered unbounded admiration for his political skills and attention to Canadian unity.”

“On the other hand, political scientist Ian Stewart in 2007 found that even Liberal activists have but a dim memory of him.”

With files from CBC News (Dalia Ashry and Muriel Draaisma)