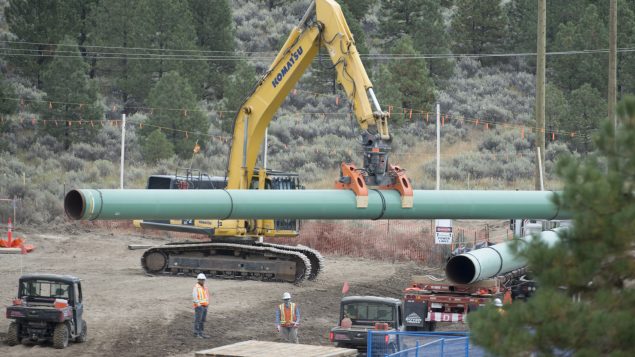 Construction on the the Trans Mountain pipeline's expansion project is seen under way in Kamloops, B.C., Sept. 1, 2020. On Monday, workers began returning to the project following a shutdown of the line in December for safety reasons. (THE CANADIAN PRESS/Jonathan Hayward)

Some 7,000 workers are returning to work this week at the Trans Mountain Pipeline’s expansion project.

The federally-owned pipeline transports crude oil and refined petroleum products from Edmonton, Alberta to refineries and terminals in British Columbia and Washington State.

Work was halted for safety reasons in December after a contractor was seriously injured in Burnaby, B.C.

In October, a father of four died after he was struck by a piece of equipment at an Edmonton worksite. 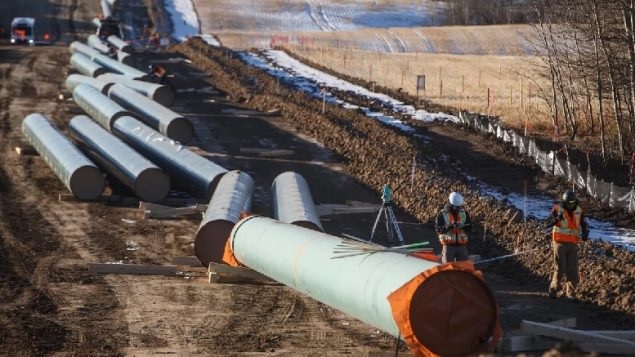 Workers survey around pipe to start right-of-way construction for the Trans Mountain Expansion Project, in Acheson, Alta., on Dec. 3. 2019. Work on the 1,150-kilometre twinning was temporarily stopped in December as the company re-evaluated safety practices following injuries and at least one death. (THE CANADIAN PRESS/Jason Franson)

In a statement released Monday, Trans Mountain said it conducted “a thorough review and examination” of its safety procedures following the voluntary shutdown..

“The company and its contractors identified opportunities for enhancements to safety measures, some of which may have been contributing factors to the events of the past few months,” the corporation said.

Trans Mountain said the Canada Energy Regulator and other regulators are still independently investigating the incidents, which the company said it is fully co-operating with.

Trans Mountain didn’t say in its statement whether its expansion project remains on time and on budget.

The expansion project was first proposed in 2013 by U.S.-based Kinder Morgan, but protests and legal challenges led the company to back out of the project in 2018 with the line only partially built.

The Liberal government then stepped in with $4.5 billion of public money to buy the line, saying it was in the national interest to have it completed. 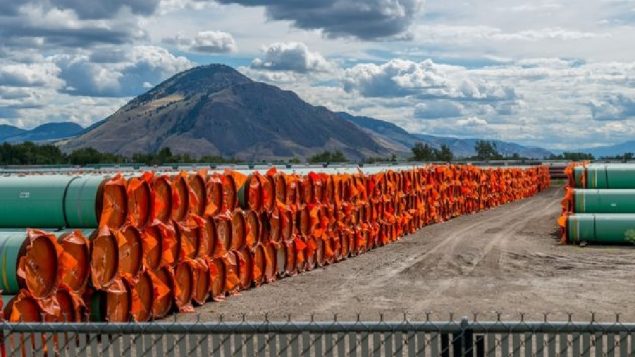 In December, the CBC’s David Thurton reported that Trans Mountain remained a profitable investment for Canadian taxpayers but changes in oil demand, construction delays and soaring costs could quickly change the assessment.

According ot Thurton, figures from the Office of the Parliamentary Budget Officer showed the government-owned pipeline remained a profitable investment based on net present value calculations–measurements of an investment’s financial value over time.

The PBO estimated that since the government purchased the pipeline in 2018 for $4.4 billion, its value had increased to $5 billion.

The Trans Mountain is one of many pipelines carrying oil and gas that criss-cross Canada.

According to Natural Resources Canada, the sector earns the government an average of $19 billion in royalties, fees and taxes each year.