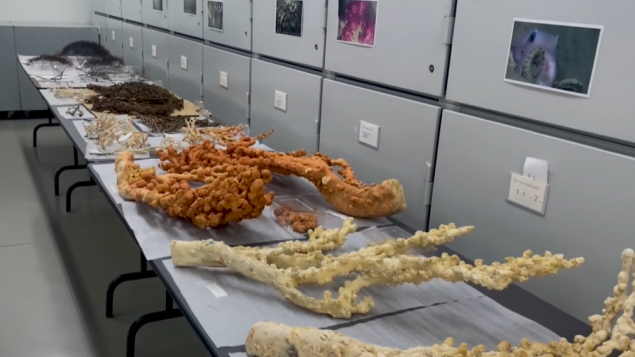 Corals are integral to healthy ecosystems. Several specimens and some sponges have been donated to a Canadian museum, and information about them will be freely shared with the world. (Canadian Museum of Nature)

A bounty of marine corals and sponges from Canada’s Eastern Arctic and Grand Banks off the eastern coast of Newfoundland have been donated to the Canadian Museum of Nature. Photos and information about them will be shared with the world through the Global Biodiversity Information Facility (GBIF).

While corals may be associated with tropical waters, they exist in colder marine environments and are integral to healthy ecosystems. They provide habitat and nurseries for many other species  and they may be used as indicators for potential or existing conservation areas.

The 572 specimens including 27 sponges were donated by scientists at the Canadian government’s department called Fisheries and Oceans Canada (DFO). They were collected during DFO surveys between 2005 and 2019 at 194 locations. 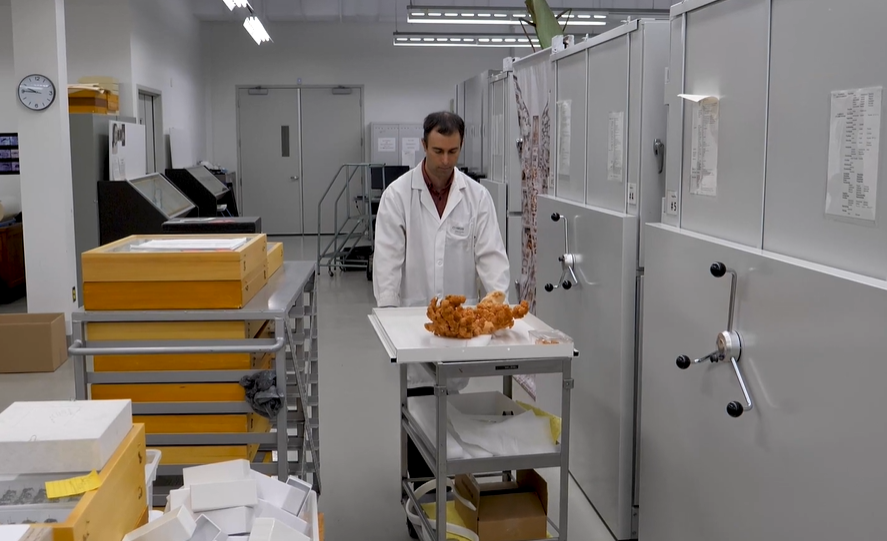 The donated specimens of corals and sponges have been carefully unpacked, processed and documented. (Canadian Museum of Nature)

Species hard to study live due to deep-water habitat

Some of the specimens stand out for their size, lobed structure and common names that describe them. There is the bubblegum coral (Paragorgia arborea), ivory stone coral (Flabellum (Ulocyathus) alabastrum) and bonsai bamboo coral (Acanella arbuscula).

The donation adds new records for seven biological families and 27 species that were not already documented in the museum’s collections. “It greatly increases the diversity of these marine animals available for study, most of which are difficult to collect and to examine close-up due to their deep-water habitats” explained Dr. Jean-Marc Gagnon, the museum’s curator of invertebrates and Chief Scientific Officer.

Tissue samples of the specimens have been collected and will be deposited in the museum’s National Biodiversity of Canada Cryobank. From there they can be accessed for research related to conservation, evolution and the verification or description of species.