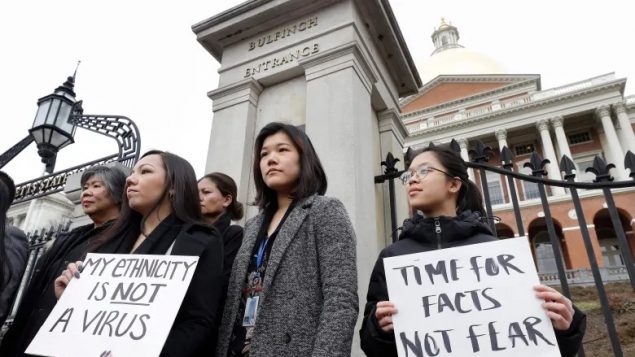 Hate crimes against Vancouver's Asian communities began to increase in the early days of the COVID-19 outbreak and organizers and participants at the Vancouver Asian Film Festival (above) tried in May to shine a spotlight on the problem with an online video campaign. This week a report by the Vancouver Police Department showed that anti-Asian hate crimes last year were up 717 per cent from 2019. (The Associated Press/Steven Senne)

As COVID cases rose in Vancouver so did anti-Asian hate crimes: report

British Columbia’s premier says crimes against people of colour need to be treated as hate crimes and that he finds new statistics that show a marked increase in hate crimes in Vancouver last year “deeply troubling.”

John Horgan made the comments Thursday after a year-end report by the Vancouver Police Department made public on Wednesday showed that, overall, hate crimes increased 97 per cent in the city in 2020 while anti-Asian hate crimes were up 717 per cent.

The department’s figures showed 98 anti-Asian hate crimes were reported in 2020–up from 12 incidents in 2019; the number of overall reported incidents went from 142 to 280. 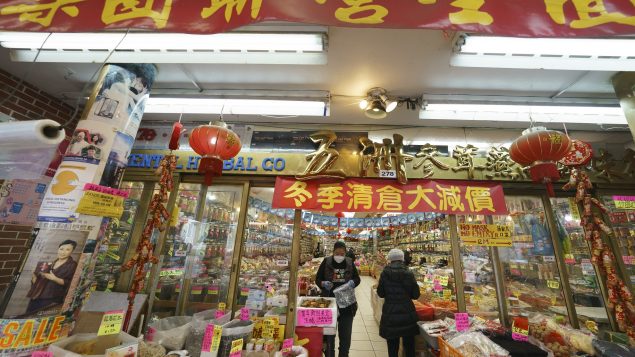 People shop in Chinatown in Vancouver on February 5. COVID-19 has taken a toll on many Canadians, but for Chinese-Canadians the impacts have been magnified by racism aimed at individuals and businesses. (THE CANADIAN PRESS/Jonathan Hayward)

Horgan said there are difficulties in prosecuting hate crimes, as opposed to violent crimes, but it is important to do so, adding that his government is working on anti-racism legislation and that Public Safety Minister Mike Farnworth has contacted police forces to emphasize the need to prosecute hate crimes.

“We need to ensure violence against people of colour is not just treated as violence but, in fact, hate crimes,” Horgan said during a media availability.

“If you’re going to turn against people because of the colour of your skin, you will be prosecuted to the full extent of the law.” 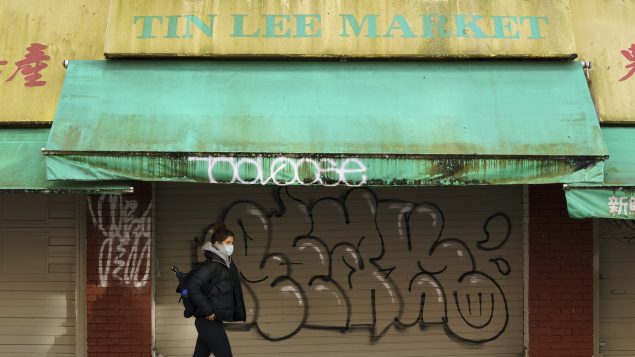 A woman walks in Chinatown in Vancouver on February 5. Police in the city reported a surge in anti-Asian hate crime in 2020 amid the pandemic. (THE CANADIAN PRESS/Jonathan Hayward)

“It doesn’t make an excuse for people taking out their stress on other people,” police spokesperson Const. Tania Visintin told CBC’s On the Coast host Gloria Macarenko.

Last July, the police department created a six-member task force in response to an eight-fold increase in hate crimes investigations in March, April and May.

In May, VPD Deputy Chief Const. Howard Chow told the CBC’s Karin Larsen the rise was associated with the COVID-19 pandemic.

“In Vancouver, because of our large Asian population, we are seeing it,” he said.

“What’s particularly hurtful is the hateful vandalism to prominent landmarks in Chinatown–the Chinese Community Centre and the millennium lion.” 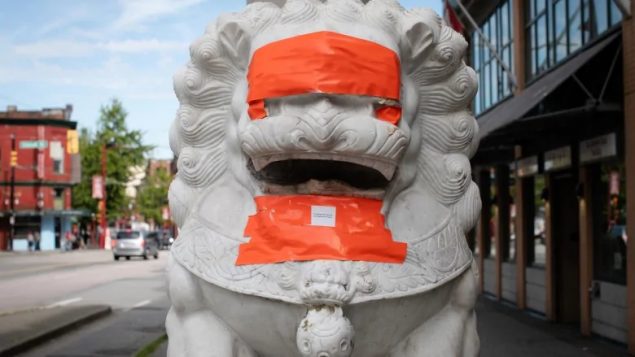 The lion statues of Vancouver’s Chinatown Millennium Gate are seen covered in orange tape on May 29, 2020, after they were defaced for the second time in a matter of weeks. (CBC/Maggie MacPherson)

The lions were defaced twice in a matter of weeks in the spring.

With files from CBC News (Karin Larsen), The Canadian Press