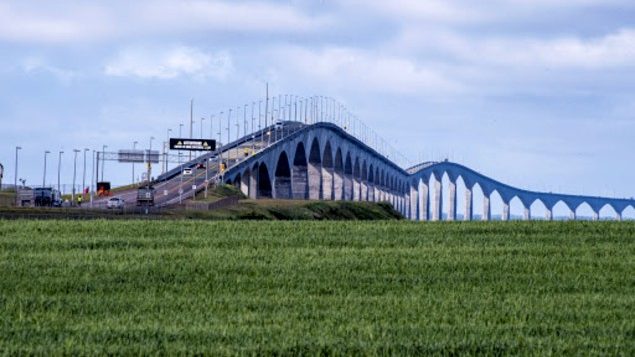 Motorists lined up to cross the Confederation Bridge as the so-called tourism bubble for the Atlantic region began last summer. The Council of Atlantic Premiers announced a plan to reopen that Atlantic bubble on April 19 on the condition that COVID-19 case numbers remain low in the region. But with rising COVID-19 infections, those plans could be pushed further back. (Brian McInnis/THE CANADIAN PRESS)

The Council of Atlantic Premiers announced in a joint statement on Thursday a plan to ease regional travel restrictions and reopen the Atlantic bubble on April 19 on the condition that COVID-19 case numbers remain low in the region.

Newfoundland and Labrador’s participation is also conditional on continued progress in easing its provincial alert restrictions, the statement said.

A reopening of the bubble would mean that residents from New Brunswick, Newfoundland and Labrador, Nova Scotia, and Prince Edward Island could travel between the provinces without being required to self-isolate for 14 days.

“While COVID-19 remains a serious concern, the premiers are encouraged by Atlantic Canadians’ adherence to public health measures, the containment of regional outbreaks and the progress in rolling out vaccines,” the Council said in a statement.

In the joint statement, the premiers also noted that the decision to ease travel restrictions will be monitored and can be changed at any time based on public health advice and conditions within the region.

“The premiers remain committed to collaborating on limiting the spread of COVID-19, protecting the health and safety of all Atlantic Canadians and working to renew and strengthen the region’s economy while returning to community activities,” the Council’s statement said.

Even when the bubble reopens, visitors traveling from other Canadian provinces and territories must still follow the entry requirements in place in each of the four Atlantic provinces.