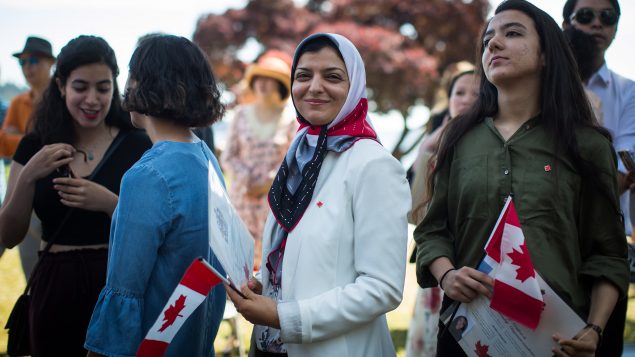 Maryam Sadat Montajabi, centre, and her daughter Romina Khaksar, right, 15, who both moved to Canada from Iran in 2015, wait to have their photo taken with dignitaries after becoming Canadian citizens during a special Canada Day citizenship ceremony, in West Vancouver on July 1, 2019. Climbing death rates and lower rates of immigration last year caused Canada's population growth rate to fall to its lowest level since the First World War. (THE CANADIAN PRESS/Darryl Dyck)

New data from Statistics Canada will do little to ease the minds of Canadians who fear what could happen when nine million baby boomers retire over the next 10 years–leaving a labour shortage whose repercussions could be felt–strongly felt–in areas such as funding health care and pensions and–on a macro level–simply keeping the economy up and running–and, hopefully–humming.

As the international migration rate fell and the death rate rose, Canada last year suffered its lowest rate of population growth since 1916, when the country was in the midst of the First World War. 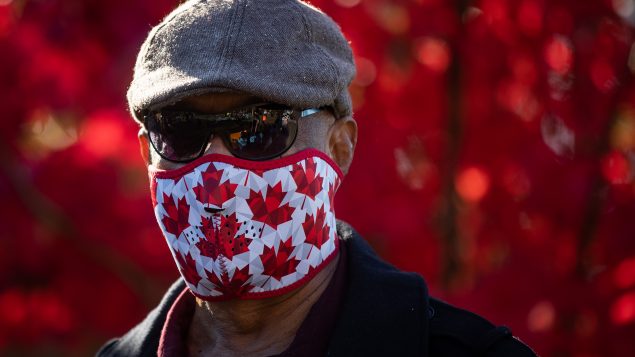 A person wears a face mask with maple leaves on it while listening to speeches at a gathering to mark Day of the Dead, in Vancouver on November 1, 2020. People gathered to honour the lives of migrants, refugees, undocumented people, workers and students, who had died during the COVID-19 pandemic and to call for full and permanent immigration status for all. (THE CANADIAN PRESS/Darryl Dyck)

The result, according to the Statistics Canada data released Thursday, was an increase of the population by a 0.4 per cent–to 38,048,738 people–approximately a quarter of the growth in 2019.

According to Statistics Canada, the pandemic’s effect on international migration made it the root cause of the lower numbers.

“International migration has accounted for more than three-quarters of the total population growth since 2016, reaching 85.7 per cent in 2019,” the agency wrote in its report.

“Following border and travel restrictions to curb the spread of COVID-19 in March 2020, this percentage fell to 58 per cent.” 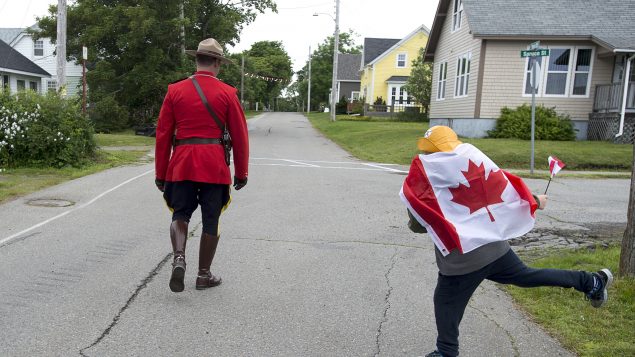 A young boy runs after an RCMP officer at the front of the Canada Day children’s parade in the fishing town of Lockeport, N.S. on July 1, 2019. (THE CANADIAN PRESS/Andrew Vaughan)

Immigration, Refugees and Citizenship Canada estimated that approximately 341,000 individuals immigrated to Canada in 2019, prior to the pandemic.

Canada also hit a record high in the number of deaths recorded in a single year, reporting over 300,000 deaths in 2020.

According to the Public Health Agency of Canada, COVID-19 accounted for approximately one death out of every 20 deaths in Canada last year.

The natural increase in population — the difference between births and deaths — also fell to 62,834, the smallest increase since at least 1922. 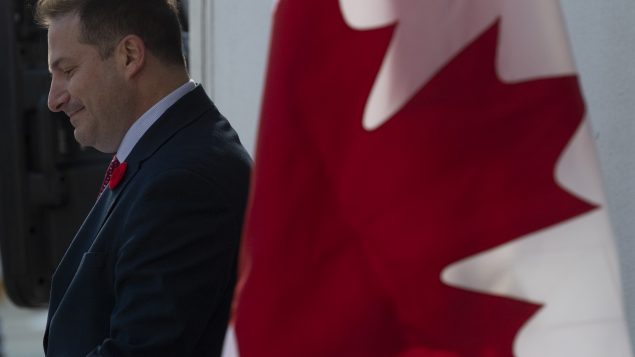 Minister of Immigration, Refugees and Citizenship Marco Mendicino is seen in Ottawa last fall as he announced an increase in the numger of immigrants Canada would be accepting. (THE CANADIAN PRESS/Adrian Wyld)

In an attempt to get–and keep Canada–back on its economic feet, Justin Trudeau’s Liberal government announced plans last fall to accept more than 1.2 million immigrants over the next three years, despite hurdles created by the pandemic.

The figures represent an increase of about 50,000 for each year, about one per cent of the country’s population.