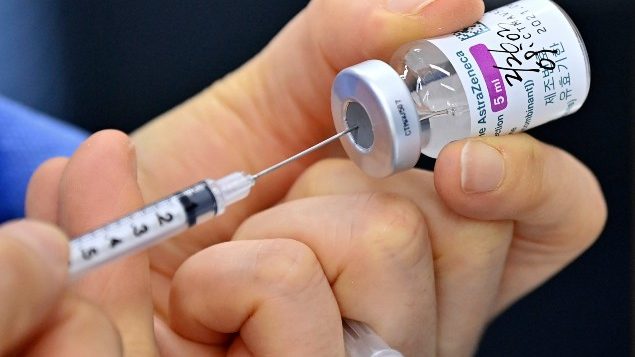 Canada's National Advisory Committee on Immunization (NACI) is recommending provinces pause the use of the AstraZeneca-Oxford COVID-19 vaccine on those under the age of 55. (Jung Yeon-je /Pool Photo via AP)

Canada’s National Advisory Committee on Immunization (NACI) is recommending provinces pause the use of the AstraZeneca-Oxford COVID-19 vaccine on those under the age of 55 because of safety concerns, CBC News is reporting.

Speaking to reporters Monday, Dr. Shelley Deeks, the vice-chair of NACI, said that with “substantial uncertainty” around cases of vaccine-induced thrombocytopenia (VIPIT) in people with low platelets, the committee is recommending the suspension of shots in all people under 55 as a “precautionary measure.”

Based on early research out of Europe, VIPIT seems to be rare, occurring in anywhere from 1 in every 125,000 to 1 in 1 million people.

The policy shift comes as Canada is expected to receive 1.5 million doses of AstraZeneca from the U.S. on Tuesday. The vaccine has not yet been approved by American regulators.

The European Union’s drug watchdog, the European Medicines Agency, has found the vaccine is not linked to an increase in the overall risk of blood clots.

The EMA said, however, that it could not definitively rule out a link between the vaccine and rare types of blood clots associated with thrombocytopenia, or low levels of blood platelets.

Specifically, it pointed to 18 cases of an extremely rare type of blood clot called cerebral venous sinus thrombosis (CVST), a condition that is much more common in women than men. Most of the cases occurred within 14 days of receiving the AstraZeneca shot, and the majority were in women under the age of 55.

‘The vaccine has triggered it,” say Norwegian researchers 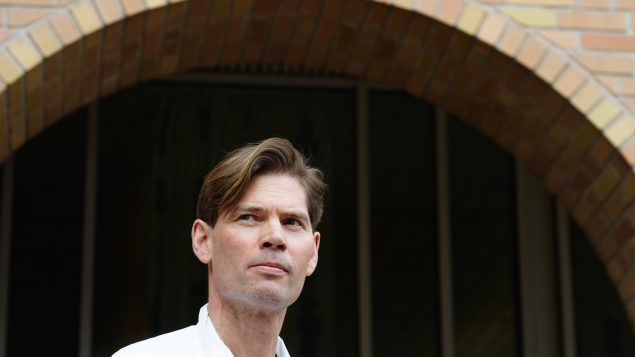 Pal Andre Holme, Professor of Hematology at Oslo University Hospital, looks on during a press conference where he commented on the AstraZeneca vaccine after three health workers became ill, in Oslo, Norway, Thursday March 18, 2021. (Terje Pedersen / NTB via AP)

Norway halted vaccinations with the AstraZeneca vaccine on March 11 after reports of possible serious side effects surfaced in several countries. Four people have died in Norway from a rare combination of blood clots, low platelets and bleeding following their vaccination shots.

A group of Norwegian doctors and researchers has concluded that at least two of the deaths were caused by a powerful immune response to the vaccine.

“There is nothing in the patient history of these individuals that could give such a powerful immune response. I am confident that the antibodies we have found are the cause, and I see no other explanation than that the vaccine has triggered it,” said professor and chief physician at Oslo University Hospital, Pal Andre Holme.

Meanwhile, Health Canada, which approved the vaccine in late February, said it has become aware of additional adverse reactions being reported in Europe.

“In light of this evolving information, Health Canada will be issuing additional terms and conditions on the authorizations of the AstraZeneca and Verity Pharmaceuticals/Serum Institute of India vaccines,” the federal department said in a statement.

“These will include a requirement that the manufacturers conduct a detailed assessment of the benefits and risks of the vaccine by age and sex in the Canadian context.”

This information will support the ongoing evaluation of these rare blood clotting events, and allow Health Canada to determine if there are specific groups of people who may be at higher risk, the statement added.

“Health Canada has been in discussions with AstraZeneca on this evolving issue,” the statement said.

‘I won’t hesitate to cancel that in half a heartbeat,’ says Ontario premier 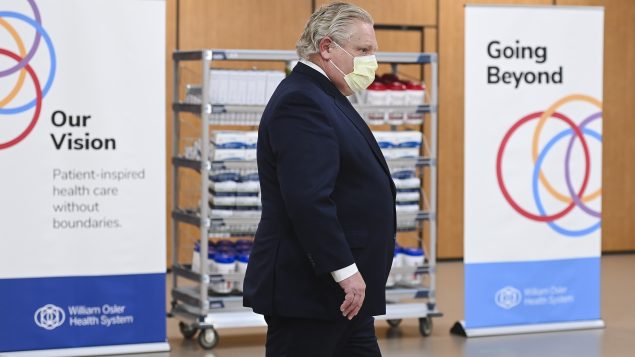 Under Canada’s constitution, healthcare is a provincial jurisdiction and it will be up to the provinces to decide whether they heed the advice of federal health authorities.

Ontario Premier Doug Ford said that Canada’s most-populous province would follow NACI’s guidance and reserve the current supply of AstraZeneca for those in the older cohort.

“I won’t hesitate to cancel that in half a heartbeat,” Ford told reporters in Niagara Falls. “If it’s going to put anyone in harm, we just won’t use it, simple as that.”

Quebec, Canada’s second-largest province, also suspended the use of AstraZeneca in people under the age of 55. The French-speaking province has already administered more than 110,000 doses of the vaccine, including to provincial Health Minister Christian Dubé.