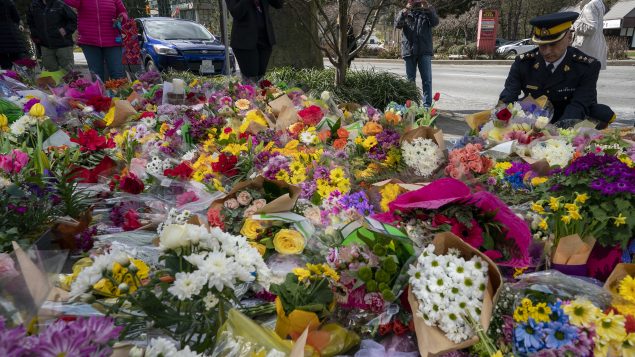 RCMP Supt. Ghalib Bhayani places flowers at a makeshift memorial outside of the Lynn Valley Library in North Vancouver on Monday. Police continue to search for a motive in the attack that left one woman dead and six other people wounded. (THE CANADIAN PRESS/Jonathan Hayward)

Police in British Columbia continue to look for a motive in Saturday’s stabbing attack at a public library in North Vancouver.

A woman died and six other people were wounded at the Lynn Valley Village shopping centre, where witnesses described the scene as “chaos,” saying a man seemed to be attacking people at random.

All of the people wounded are expected to survive.

Moments after the attack, 28-year-old Yannck Bandaogo was arrested.

Video of the arrest appeared to show him stabbing himself and collapsing before police converged on him.

WATCH | Excerpt from social media video shows what happened after the attack:

On Sunday, Bandaogo was charged with second-degree murder.

He was scheduled to appear in court via telephone on Monday, but an RCMP officer said Bandaogo refused to leave his cell to participate.

At a press conference Monday, police said Bandaogo was wanted on warrants in Quebec and Manitoba, but officers said they didn’t don’t know why he was in North Vancouver or when he came to the British Columbia, where he had no fixed address.

“We’re two days into the investigation and there’s such a massive amount of information coming in, at this point, we’re trying to assess everything,” Insp. Michelle Tansey of the Integrated Homicide Investigation Team told reporters.

WATCH | Stabbing in North Vancouver may have been random:

Tansey said Bandaogo did not know any of the victims and she appeared to rule out any kind of radicalization.

“That is not what we’re looking at right here. There’s no nexus for us in this investigation to believe that there’s anything in relation to radicalization,” she said.

Tansey said mental health is always examined as a factor and that, “Everything is being assessed at this point.” 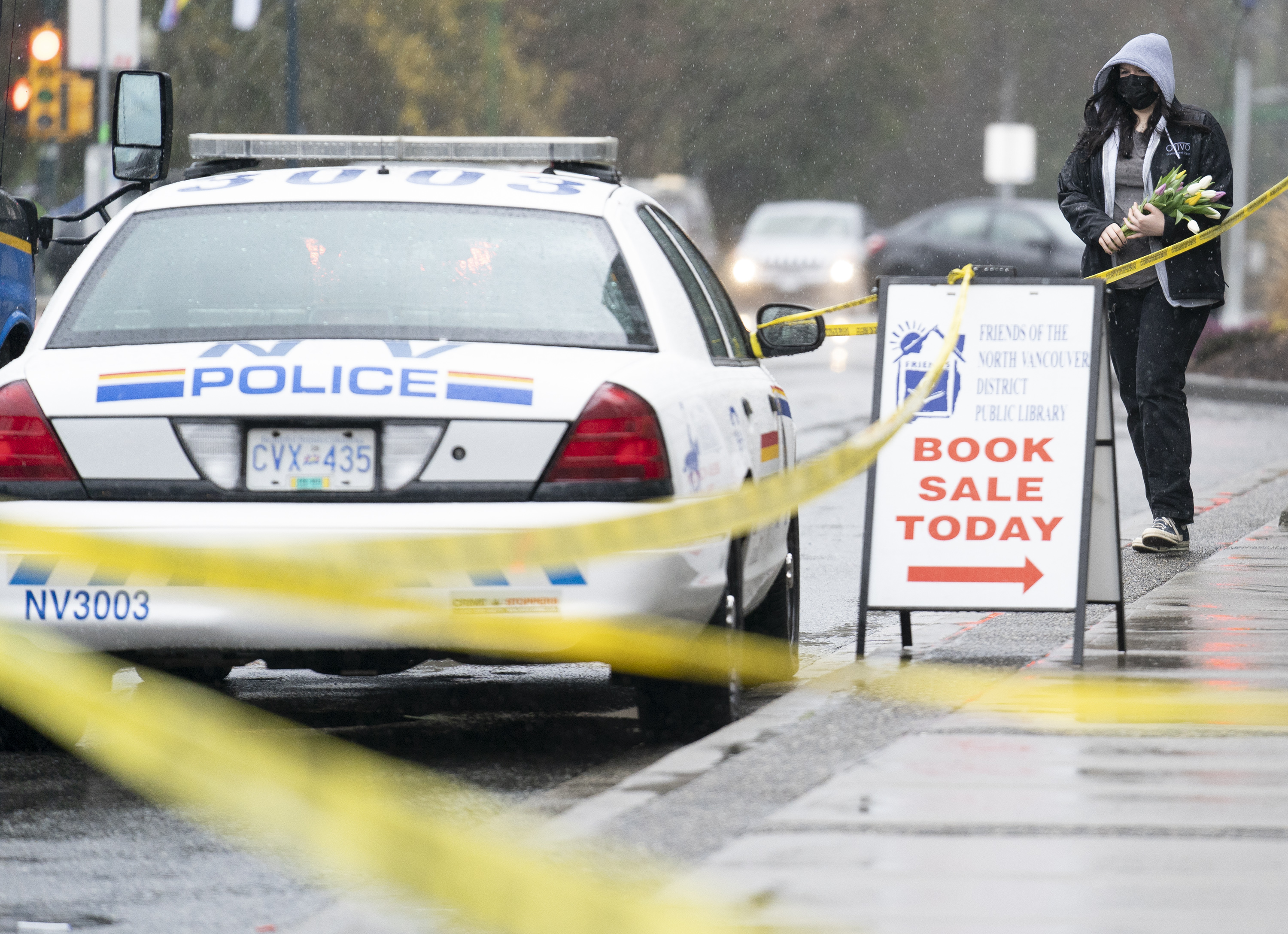 People bring flowers to a makeshift memorial outside of the Lynn Valley Library in North Vancouver on Sunday. (THE CANADIAN PRESS/Jonathan Hayward)

The name of the woman who died, who police say was in her 20s, has not been made public.

The six others who were wounded–five women and one man–ranged in age from 22 to 78.

All are expected to survive.

Two have been identified: Susanne Till, a single mother of three, Sheloah Klausen, a high school teacher with the District of North Vancouver.

Till suffered “extensive and life-changing” injuries, according to a GoFundMe page that has been started on her behalf. 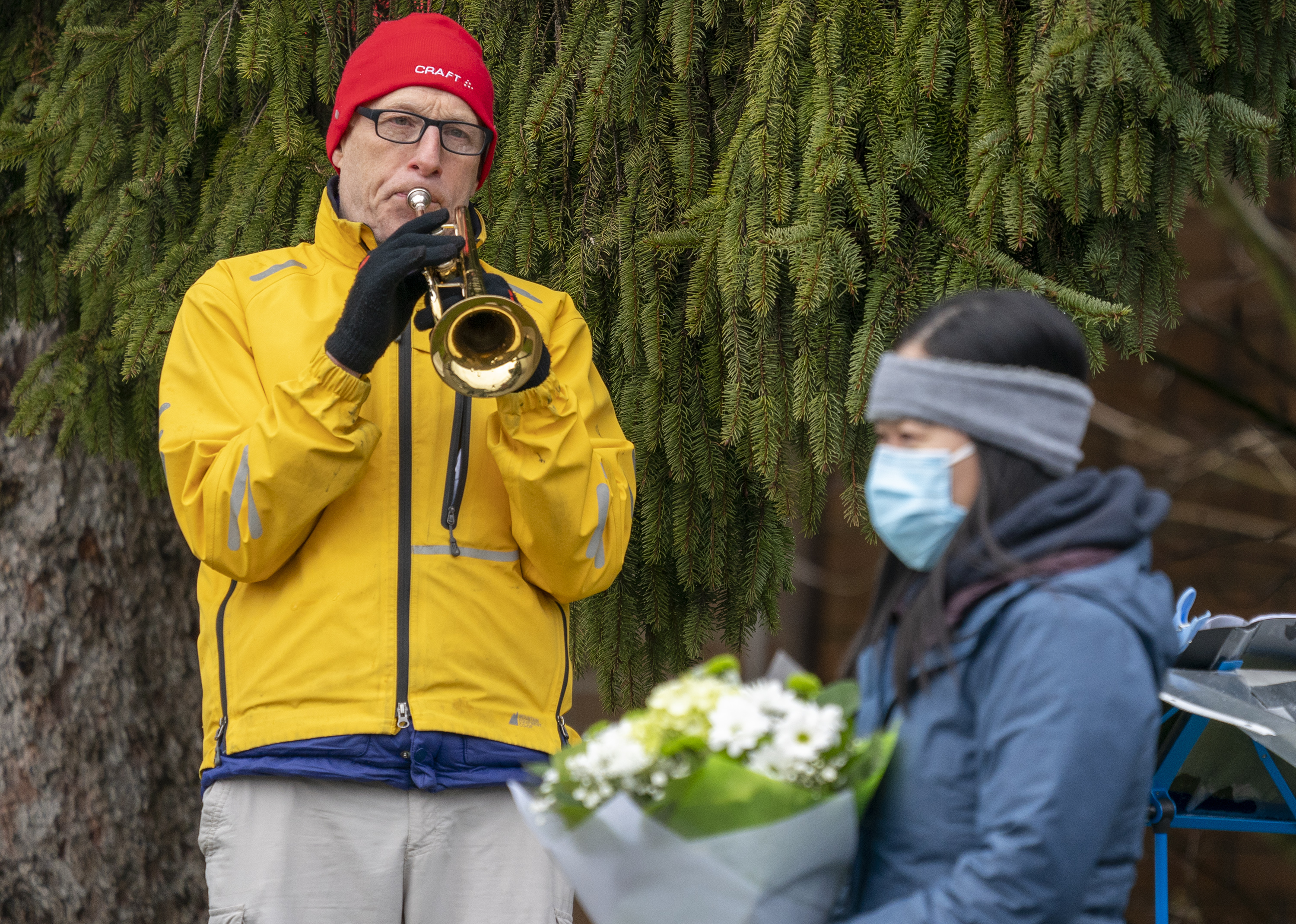 Tom Walker plays the trumpet as a lady brings flowers to a makeshift memorial outside of the Lynn Valley Library in Lynn Valley in North Vancouver on Sunday. (THE CANADIAN PRESS/Jonathan Hayward)

The GoFundMe page says it is unknown what medical treatment Till will need to recover.

In a statement issued Sunday, Argyle Secondary School confirmed that Klausen was one of the people injured in the incident.

The statement said she is expected to make a full recovery.

Tansey said investigators have interviewed 50 witnesses, including the six surviving victims, as well as viewed “vast amounts” of video captured from the scene.

Calling the attack an “absolute shock,” the mayor of the District of North Vancouver, Mike Little, said Monday, a “wellness and resilience centre” has been opened to help the members of the community deal with the shock. 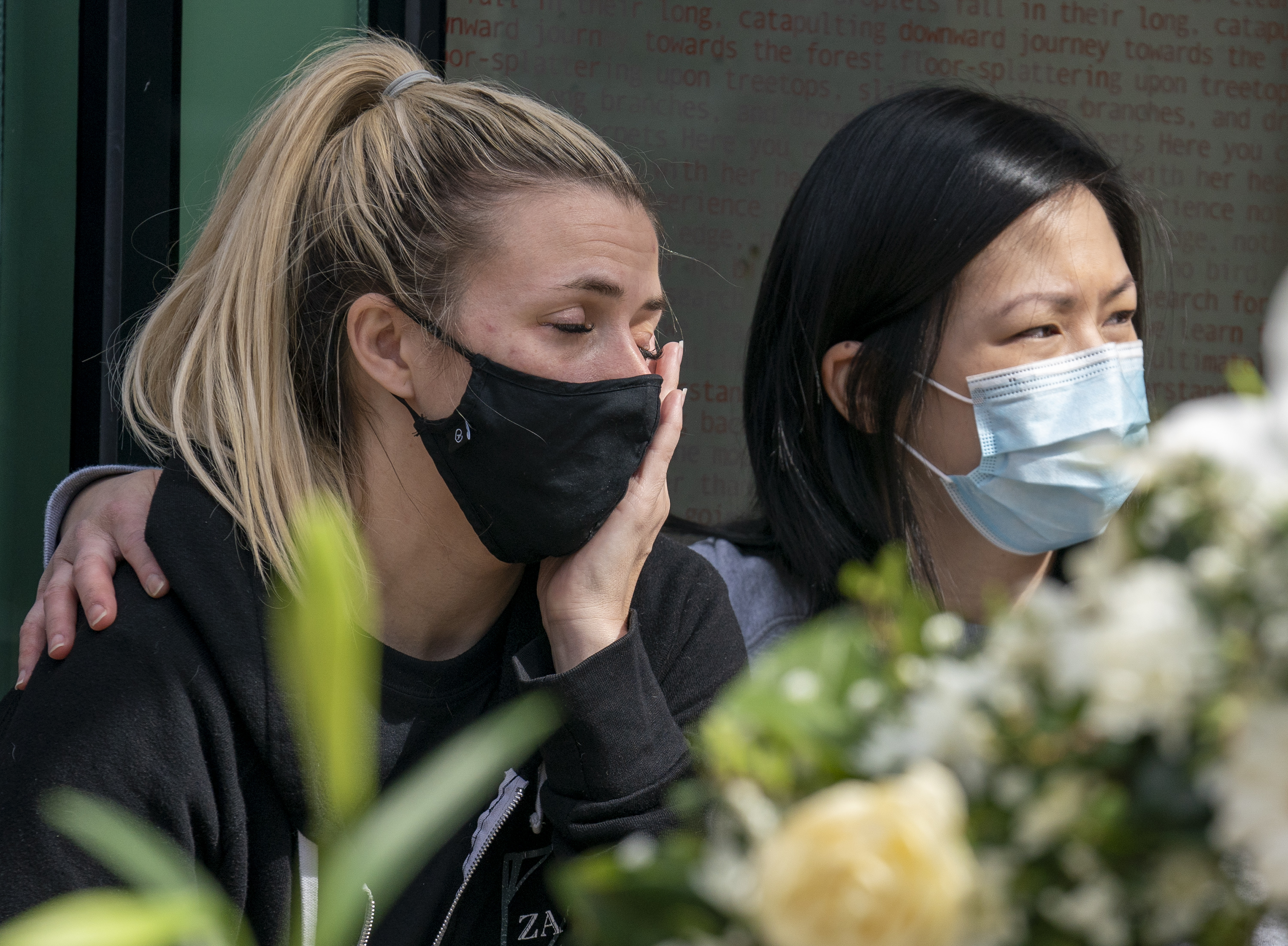 A woman is consoled as she wipes tears from her eyes during a news conference at a makeshift memorial outside of the Lynn Valley Library in Lynn Valley on Monday. (THE CANADIAN PRESS/Jonathan Hayward)

“No one expects to be confronted with violence while going about their day in a civic plaza outside a library and just running their errands over the course of the day.” Little said.

“I’ve heard stories of bravery and kindness that are coming out of this horror, like restaurant staff helping the injured, strangers rushing to administer first aid, and other acts of compassion and bravery that we will all need to recognize in the coming months,” he said.