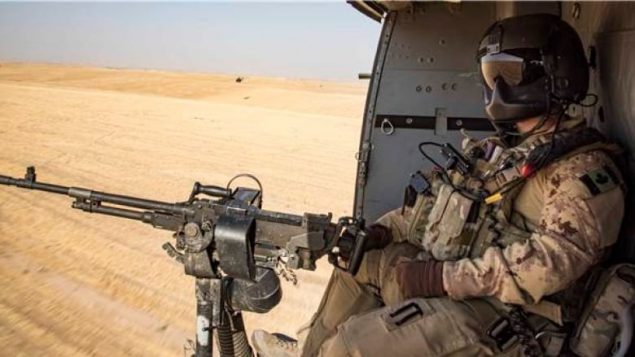 A door gunner with the tactical aviation detachment watches out of a CH-146 Griffon helicopter during Operation IMPACT on September 27, 2017. (Combat Camera/DND)

The Liberal government is extending the Canadian military mission to assist in the fight against the remnants of ISIS by another year and is pledging to commit $43.6 million to stabilization programs in Iraq and Syria, federal officials announced Tuesday.

Defence Minister Harjit Sajjan said Canada’s Operation Impact to support the fight against ISIS in the region will be extended by another year but with a significantly smaller contribution.

Operation Impact was launched by the former Conservative government in 2014 after ISIS militants captured large swathes of territory in Syria and Iraq, including the country’s second largest city Mosul, and declared a caliphate.

For nearly three years the so-called Islamic State, also known under the Arabic acronym of Daesh, terrorized the population of subjugated areas in Iraq and Syria, committing a genocide against the Yazidi minority. At its height Daesh controlled about a third of Syria and 40 per cent of Iraq.

Daesh was finally defeated in late 2017 thanks to the efforts of an international coalition assembled by the United States, including Canada, using a combination of Iraqi and Kurdish forces and Western special forces. 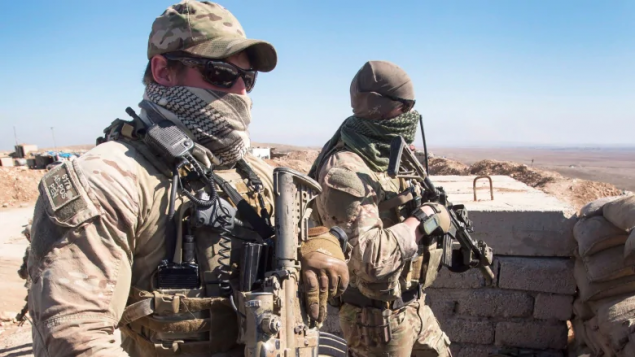 Canadian Special Forces stationed in Northern Iraq were instrumental in assisting Kurdish forces with the recapture of Mosul.

The announcements by Sajjan and Garneau mean that a number of Canadian commandos will remain in northern Iraq for another year, while a handful of Canadian military personnel will be assisting NATO in retraining Iraqi military officers, while Canada’s international partners on the ground will use the funds provided by Canad on various peacebuilding projects.

“While Daesh has been militarily defeated through the efforts of the Global Coalition, it continues to pose an insurgent threat,” Garneau said. “We are committed to working with our allies and partners to help address the persisting underlying conditions that gave rise to Daesh.”

In Syria, Ottawa is funding projects that will focus on stabilizing areas formerly occupied by Daesh, supporting the restoration of essential services, fostering reconciliation and boosting independent media, he added.