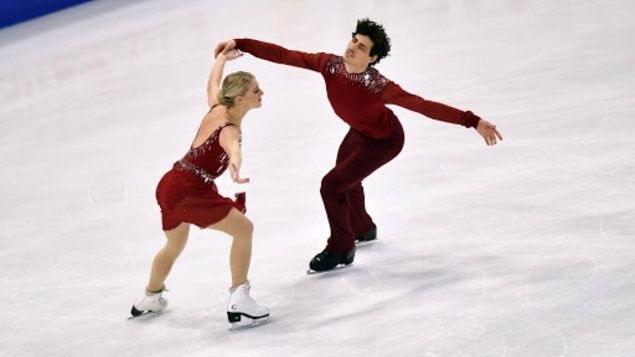 Skate Canada announced on Tuesday that it is submitting a formal bid to host the ISU World Figure Skating Championships in 2024 in Montreal, Quebec.

Montreal was supposed to be the host city for the event in March 2020, but it was cancelled due to the COVID-19 pandemic.

“With all the diligence that went into planning the 2020 World Championships, the entire team is ready to welcome the world to Montreal in 2024,” Leanna Caron, the president of Skate Canada, said in a statement. “We have confidence that working with all government and municipal partners together with Patinage Quebec, we will deliver an excellent event in Montreal.”

Canada has already hosted the event 10 times, and last hosted the world championships in London, Ontario in 2013.

“The ISU World Figure Skating Championships are a staple event. I am thrilled that Montréal was chosen to be the Canadian candidate to host its 2024 edition,” said Montreal Mayor Valérie Plante. “This much-anticipated international competition promises to be highly successful and to provide an excellent showcase for our metropolis.”

According to the press release, the 2024 host will be determined by the ISU Council and a decision is expected to be made later this year.

“Canada has an exceptional hosting history, and we would be honoured to hold the 2024 event,” Caron said.