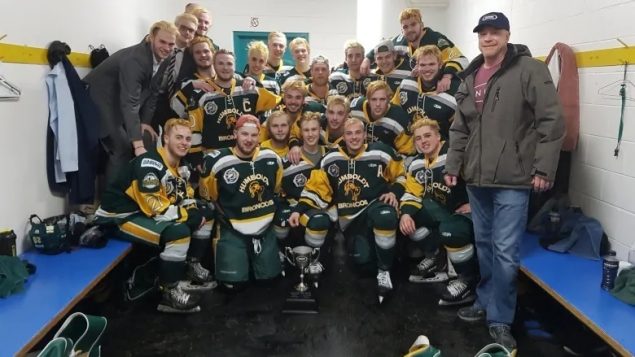 The Humboldt Broncos players, who ranged in age from 16 to 21 years, were on a road trip that was scheduled to take just over two hours, heading for a playoff game in Nipawin, when their bus collided with a transport truck on April 6, 2018--three years ago today. Sixteen people, including 10 players, were killed. (Humboldt Broncos/Twitter)

People in a small Saskatchewan town that calls itself a city are gathering today to remember.

At 4.50 p.m local time the City of Humboldt, which has a population of about 6,000 residents, is holding a virtual ceremony to mark the third anniversary of an event that will forever mark everyone who lives there–and a whole lot of other people across Canada.

The bus carrying the Humboldt Broncos of the Saskatchewan Junior Hockey collided at a right-angle with a semi-trailer truck at the intersection of Saskatchewan Highways 35 and 335 in the Rural Municipality of Connaught, Saskatchewan, an intersection commonly known as “Armley Corner.”

Sixteen people died and 13 others were injured.

Most of the dead and injured were players from the Broncos, a member of the Saskatchewan Junior Hockey League.

The driver of the semi, Jaskirat Singh Sidhu, had failed to yield at a flashing stop sign. (He was later sentenced to eight years in prison and now faces deportation.)

On Monday, the City of Humboldt announced a plan for a $25 million permanent facility to remember the victims. 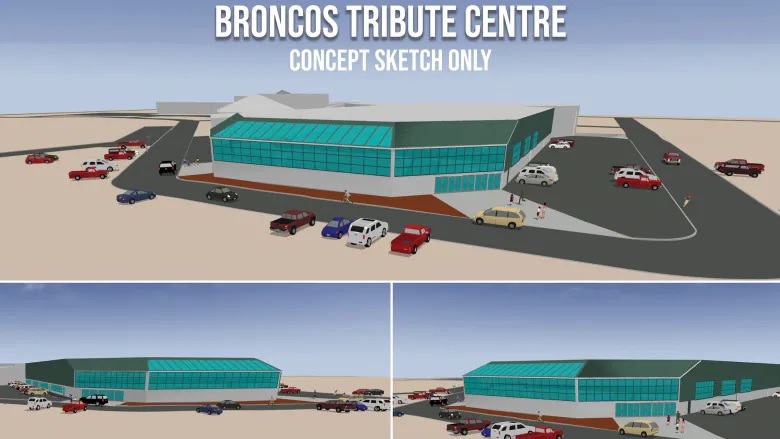 The proposed $25-million tribute centre will honour the memory of the 29 victims of the Humboldt Broncos 2018 bus crash. (Submitted by the City of Humboldt)

It will include a photo gallery to honour those who were lost, an ice surface and a physiotherapy area.

“We’re really looking forward to this as a next step in the healing process.” Humboldt’s deputy mayor, Rob Muench, said. 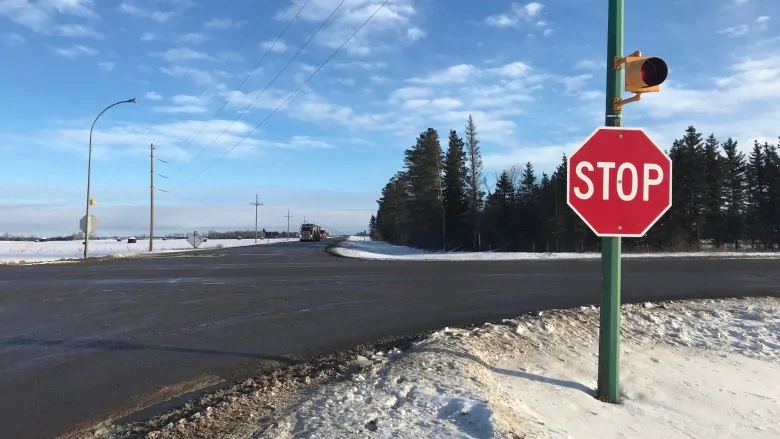 In the distance, a semi approaches the intersection where the Humboldt Broncos bus crashed in 2018, killing 16 people. (CBC News (Omayra Issa)

Work is also underway on a permanent memorial at the crash site as efforts continue to raise money to fund it.

Today’s memorial service, which will be livestreamed on the city’s Facebook page, will include performances by local music artists and a candle-lighting ceremony.

Church bells will be tolled at 4:50 p.m., to mark the approximate time the crash occurred.

“We encourage bells to be tolled in all communities and to observe a moment of silence at the same approximate moment, if possible,” the city’s post said.