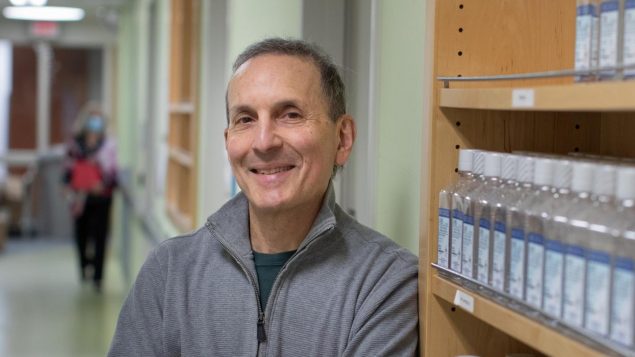 Daniel Drucker, University of Toronto professor and senior scientist at the Lunenfeld-Tanenbaum Research Institute at Sinai Health, wins the 2021 Canada Gairdner International Award for research that has helped revolutionize treatments for Type 2 diabetes, obesity and intestinal disorders along with two collaborators. (Johnny Guatto/University of Toronto)

A Canadian scientist is being recognized for collaborative research that has helped revolutionize treatments for Type 2 diabetes, obesity and intestinal disorders for millions of patients worldwide.

Daniel Drucker, a scientist at the University of Toronto, has been jointly awarded a 2021 Canada Gairdner International Award for research on glucagon-like peptides – hormones that emanate from the gut to control insulin and glucagon, which work in tandem to balance sugar levels throughout the body.

Drucker shares the honour with Joel Habener of Harvard University and Massachusetts General Hospital, and Jens Juul Holst of the University of Copenhagen.

“I am extremely excited and honoured that the Gairdner Foundation has recognized our collective work on the glucagon-like peptides, and its translational importance for the treatment of metabolic disorders,” said Drucker, a professor in the department of medicine at the Temerty Faculty of Medicine and a senior scientist at the Lunenfeld-Tanenbaum Research Institute at Sinai Health.

Working both independently and collaboratively over more than four decades, Holst, Habener and Drucker discovered the peptides known as GLP-1 and GLP-2.

Their research became a stepping stone for the creation of several new classes of drugs for people living with Type 2 diabetes and obesity.

More than 100 million people with Type 2 diabetes have been treated with a GLP-1 analogue or a DPP-4 enzyme inhibitor, a class of drugs that prevents the breakdown of GLP-1 and GLP-2 and thereby helps improve blood sugar control.

“GLP-1 therapies have really advanced our treatment for diabetes and metabolic disorders, and GLP-2 can effectively address a huge unmet need in people with intestinal failure,” said Drucker.

The Gairdner Foundation was established in 1957 to recognize fundamental research that impacts human health. Over the years, it has bestowed 395 awards to scientists from 35 countries. About a quarter of those recipients have gone on to receive Nobel Prizes for their research.