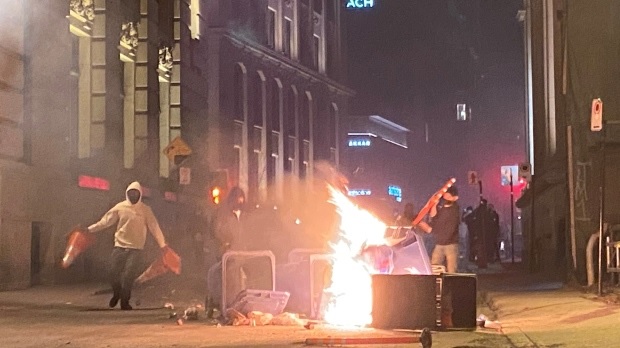 People set fires and broke windows in an anti-curfew protest in Montreal on Sunday night after hundreds gathered in Old Montreal in defiance of a new 8 p.m. curfew. (THE CANADIAN PRESS/Giuseppe Valiante)

The damage is being assessed today in Montreal after a peaceful demonstration turned violent Sunday night as hundreds of protesters set fires and smashed windows in the Vieux-Montréal section of the city.

They were reacting to a curfew change–announced last week by Premier François Legault, who moved it back to 8 p.m. from 9.30 p.m in Montreal and neighbouring Laval to try to halt the spread of COVID-19 cases, which have been spiking as variants spread. 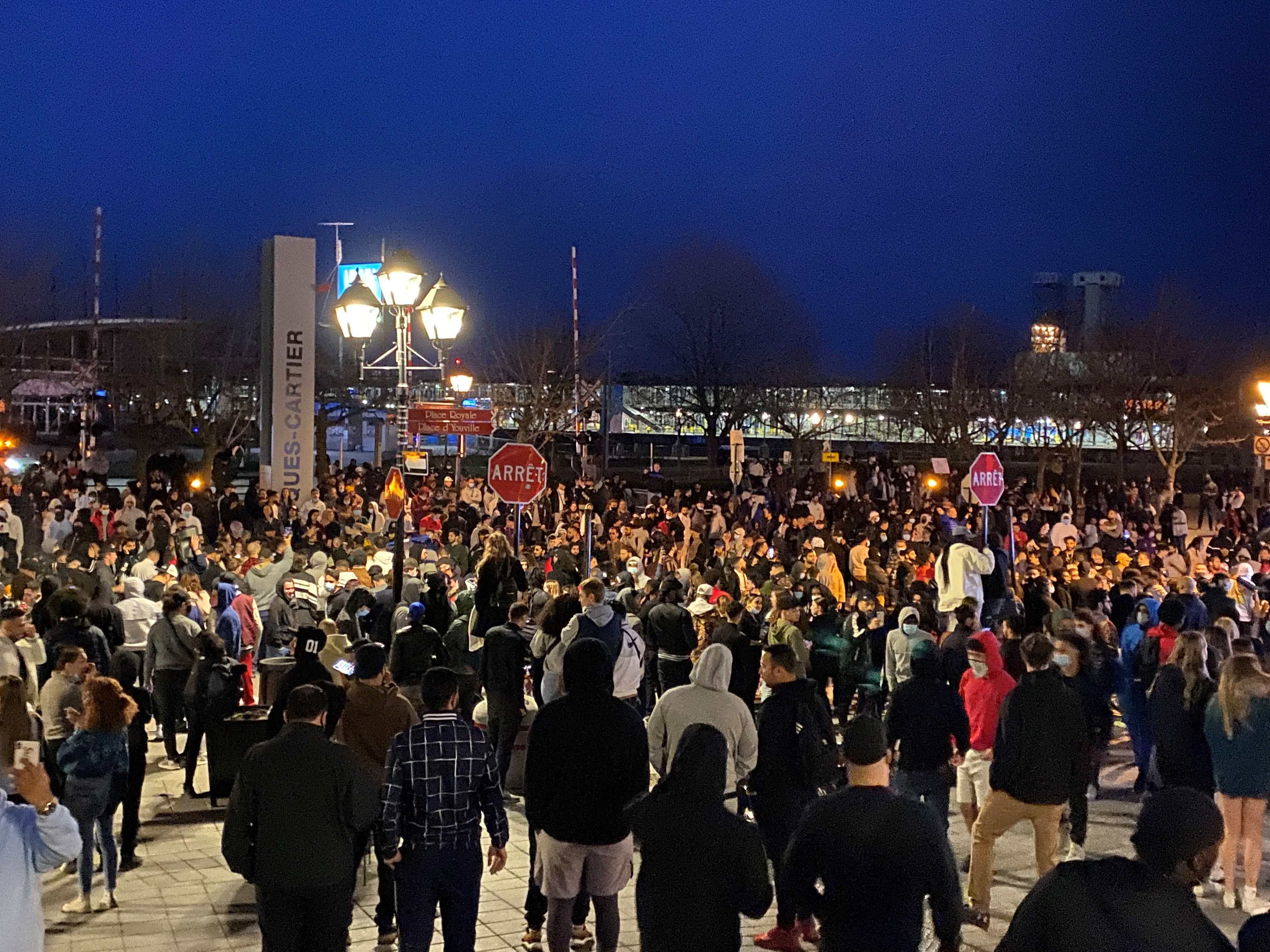 A crowd of mainly young people first gathered in Place Jacques Cartier to protest the curfew. Things remained peaceful until fires were lit and police responded with tear gas before rushing the demonstators–forcing them into surrounding streets. (THE CANADIAN PRESS/Giuseppe Valiante) 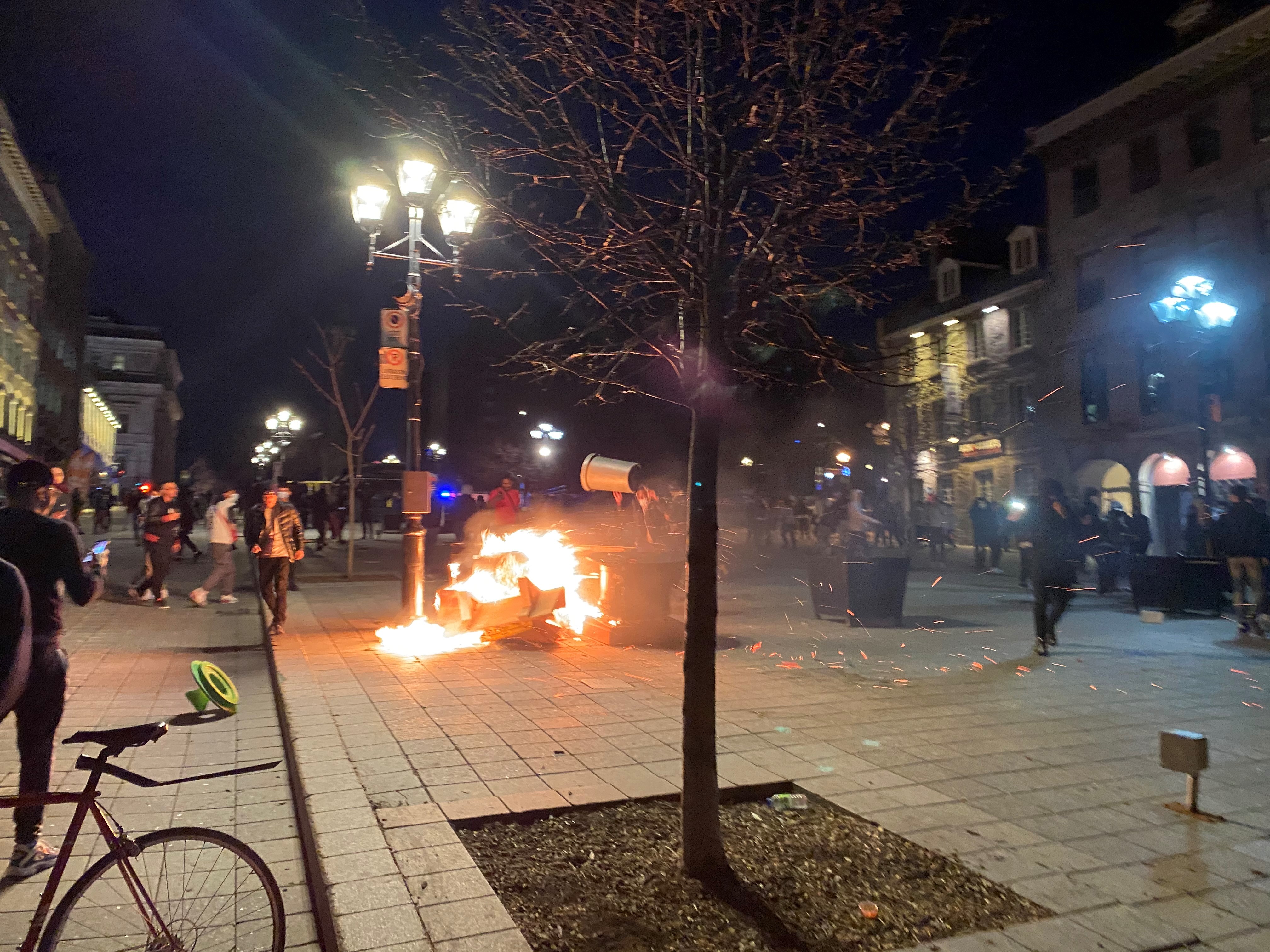 But things took a turn for the worse after some protesters lit fires and police responded by firing tear gas and rushing the crowd–forcing demonstrators to flee to surrounding streets and lanes where they lit garbage containers on fire and hurled projectiles through windows in the area, which is both residential and populated by small businesses.

Media reports said a few protesters were still in the streets at around 9:30 p.m. throwing glass, breaking city infrastructure and running from police as sirens rang out while firefighters fought the small blazes. 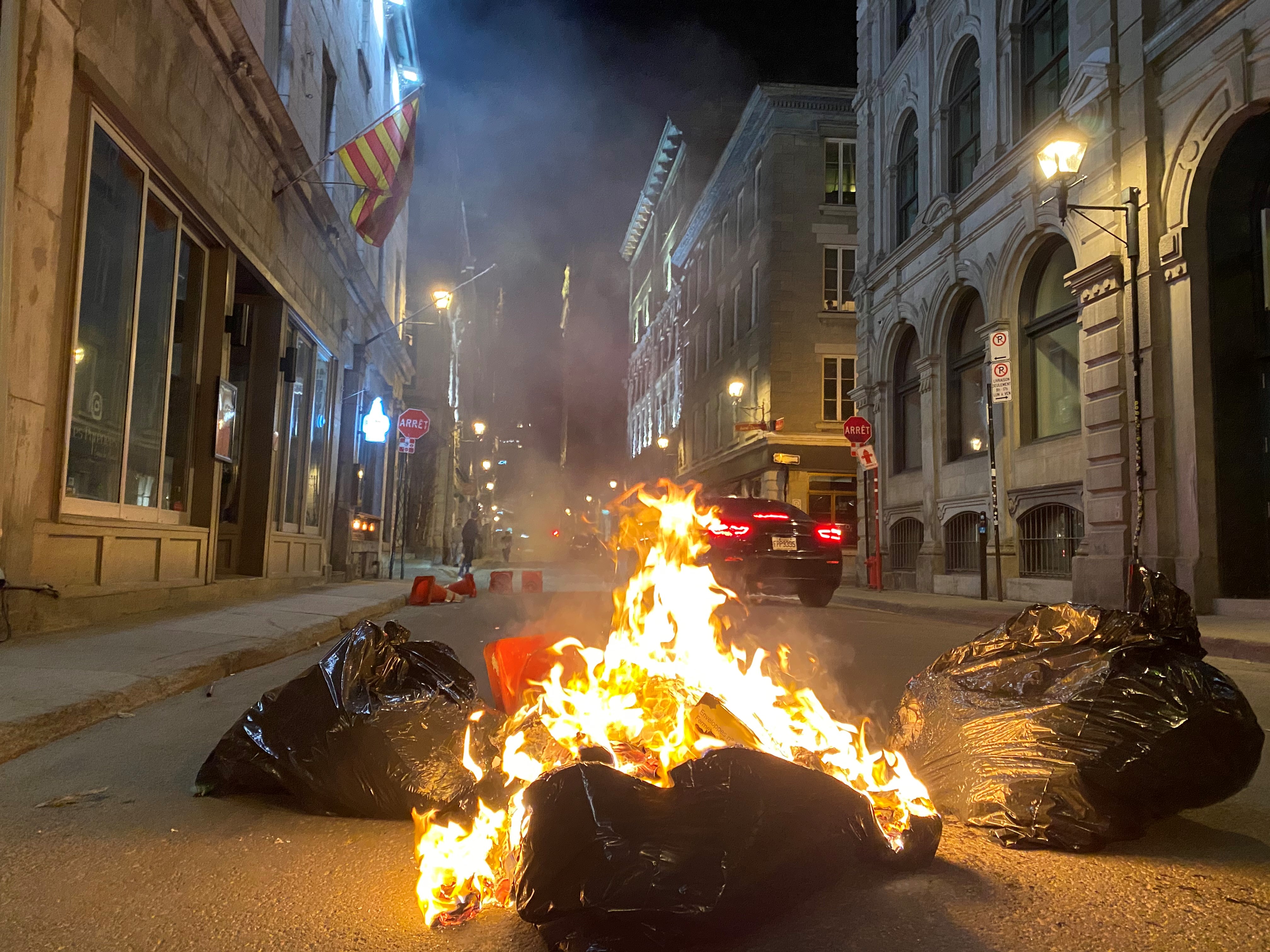 Many in Quebec are unhappy with the provincial government’s restrictions, including 8. p.m.  curfews–first mandated across the province on January 9.

Last month, Legault moved the curfew back to 9:30 p.m. in some regions, including Montreal, and lifting it completely in some of Quebec’s more remote regions.

But last week, he said he had no choice but to move it back to 8 p.m in Montreal and Laval because of a spike in COVID-19 cases and the spread more contageous variants.

He also announced that added lockdown measures for Quebec City, Lévis, Beauce and Gatineau — where variants of COVID-19 are spreading rapidly — would be extended until April 19. 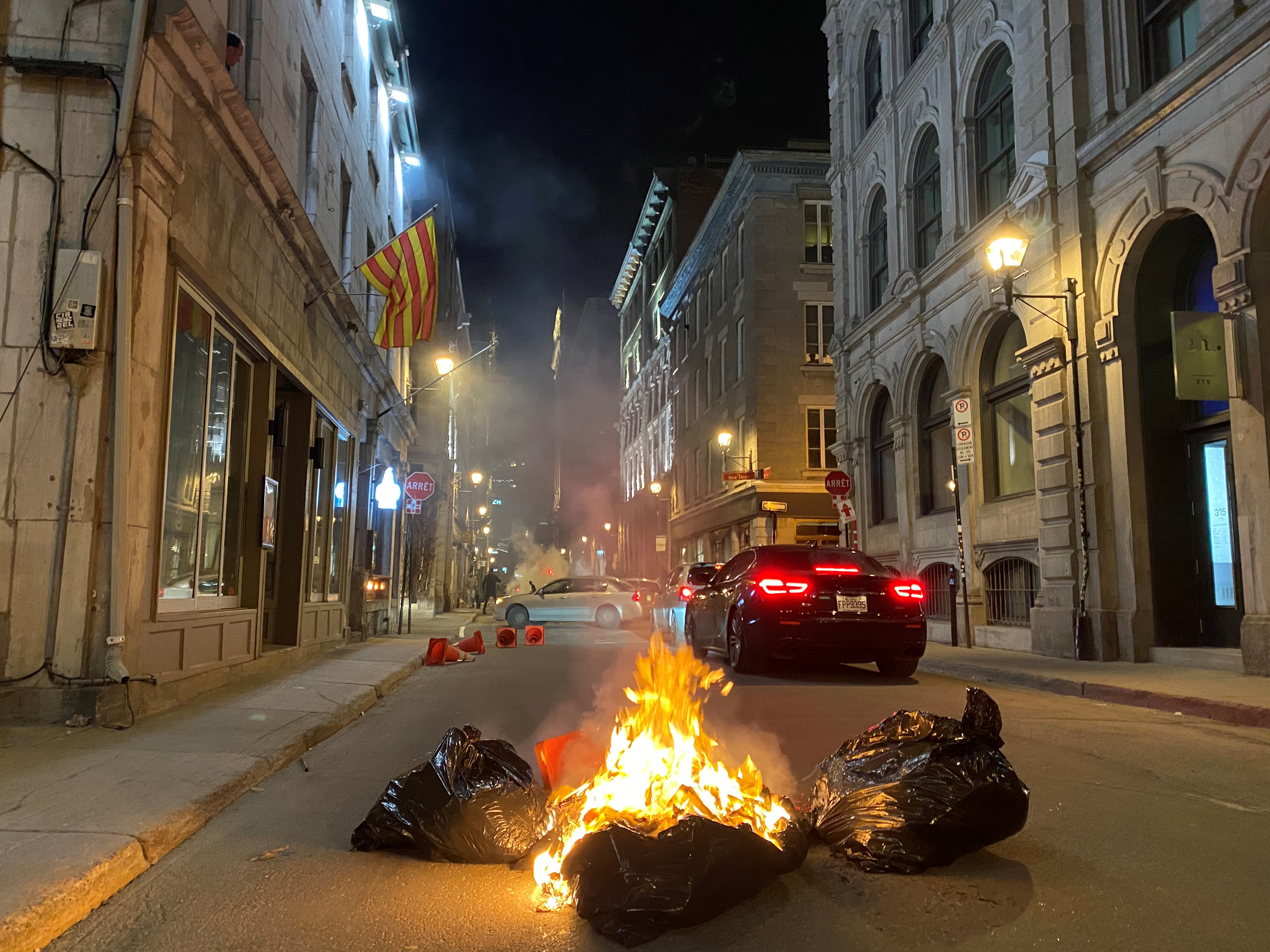 Hospitalizations jumped by 25 to 608, with 139 patients in intensive care.

Health Minister Christian Dubé tweeted that the numbers are concerning given that 58 per cent of new cases involve people under the age of 40.

“While vaccination accelerates, we must continue to adhere to the measures if we want to defeat this pandemic,” Dubé wrote.

Police said they arrested seven persons and issued 107 tickets for public health violations on Sunday night, which came a day after several hundred parents and children took part in a demonstration against public-health measures in schools Saturday afternoon at Montreal’s Place des Festivals, located in the central business district of the city.