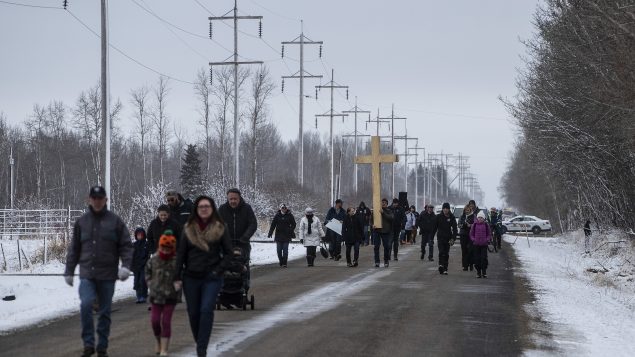 GraceLife Church supporters carry a cross down the road as they gathered in Spruce Grove near Edmonton on Sunday.The church has been fenced off by police and Alberta Health Services in violation of COVID-19 rules. (THE CANADIAN PRESS/Jason Franson)

Hundreds of maskless demonstrators gathered on Sunday morning outside a church just west of Edmonton that has been the focus of a long-running battle between the pastor, its congregation and Alberta health authorities.

Members of the GraceLife Church say their Charter rights are being threatened by provincial restrictions designed to fight COVID-19.

Health authorities say the church is breaking the law by ignoring rules limiting the number of people who can attend services. 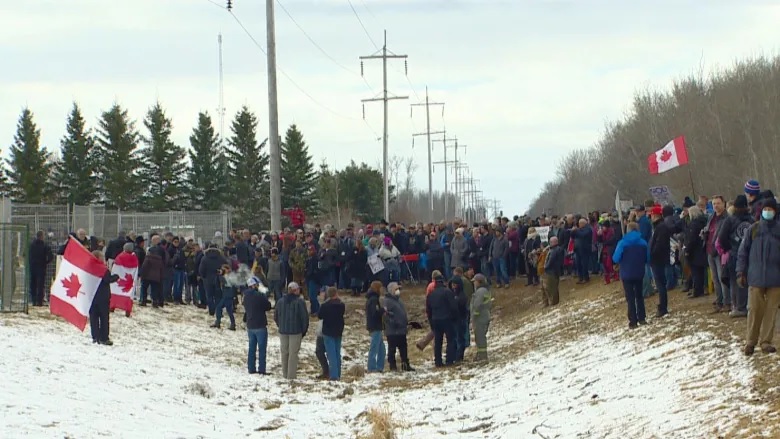 The demonstrators carried a variety of messaging, much of it in opposition to public health restrictions.

Yesterday, as RCMP officers and members of Alberta Health Services looked on, a crowd gathered.

Estimated at up to a thousand people, they  sang hymns and chanted outside the church, which was fenced off by authorities last Wednesday.

They also carried signs with a variety of messages denouncing vaccines, public health restrictions and communism.

Around noon, a group broke off from the main crowd and attempted to tear down the fence. 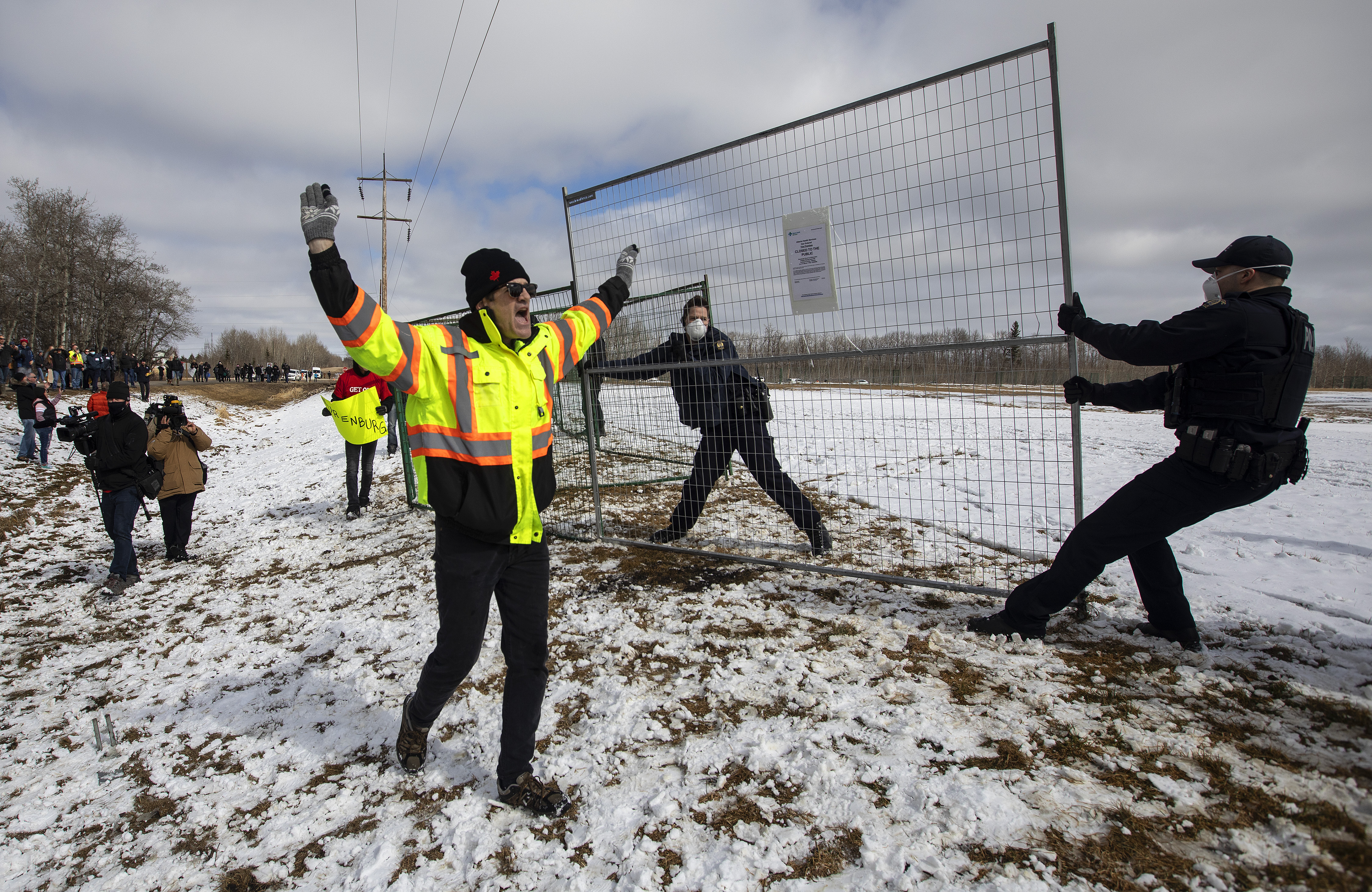 Demonstrators tried to tear down the fence erected last week on Sunday. (THE CANADIAN PRESS/Jason Franson)

As the fence was being taken down, others chanted “leave the fence” and “Jesus would not take down the fence.”

Police later replaced parts of the fence that fell while some in attendance assisted.

The battle over COVID-19 enforcement drew national attention through much of the winter as the church and its pastor, James Coates, continued to defy public orders to limit attendance at its services. 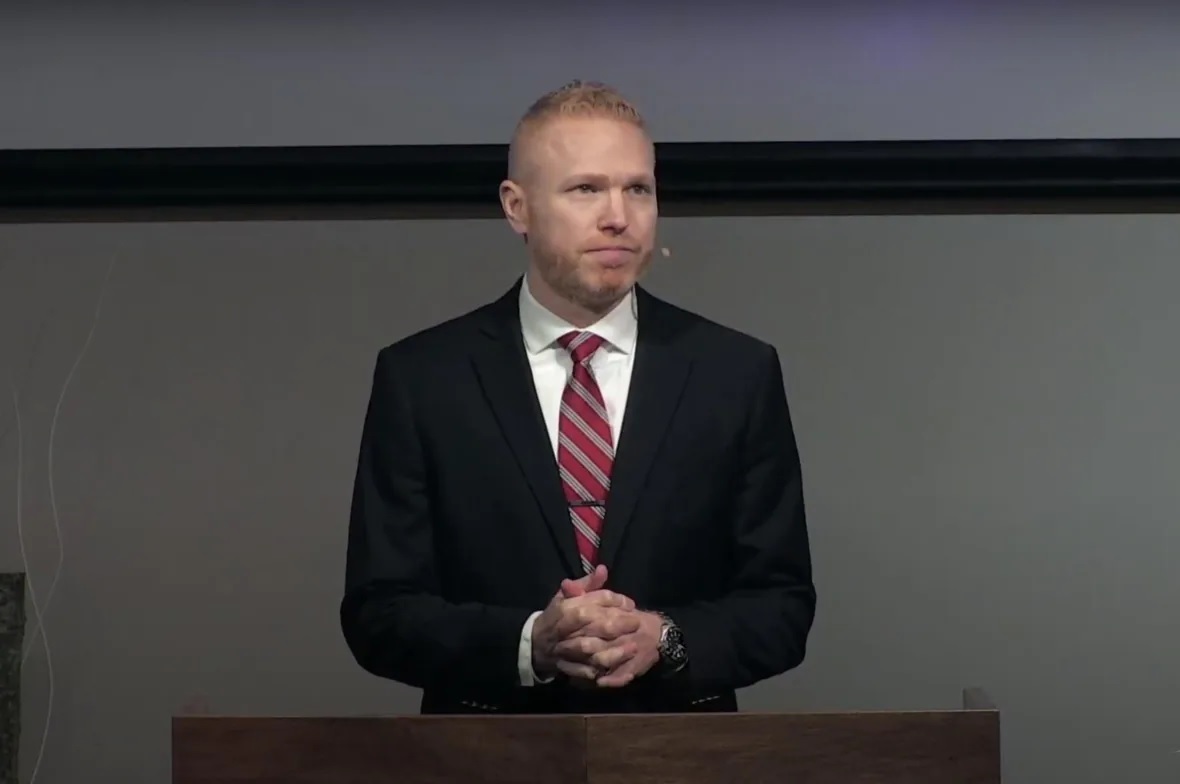 It was unclear if GraceLife Church Pastor James Coates was at the church yesterday. Coates was charged in February with violating COVID-19 public health orders and spent 35 days in custody before pleading guilty to a charge of breaching bail. (GraceLife Church of Edmonton/Youtube)

Coates spent 35 days in jail for refusing to comply with his bail conditions and was released last month.

He faces trial in May.

It was not clear if Coates was at the church on Sunday.

And it is unclear exactly who the demonstrators were.

In a statement released Sunday evening through the Justice Centre for Constitutional Freedoms, GraceLife church stated that its congregants were not at the protest. 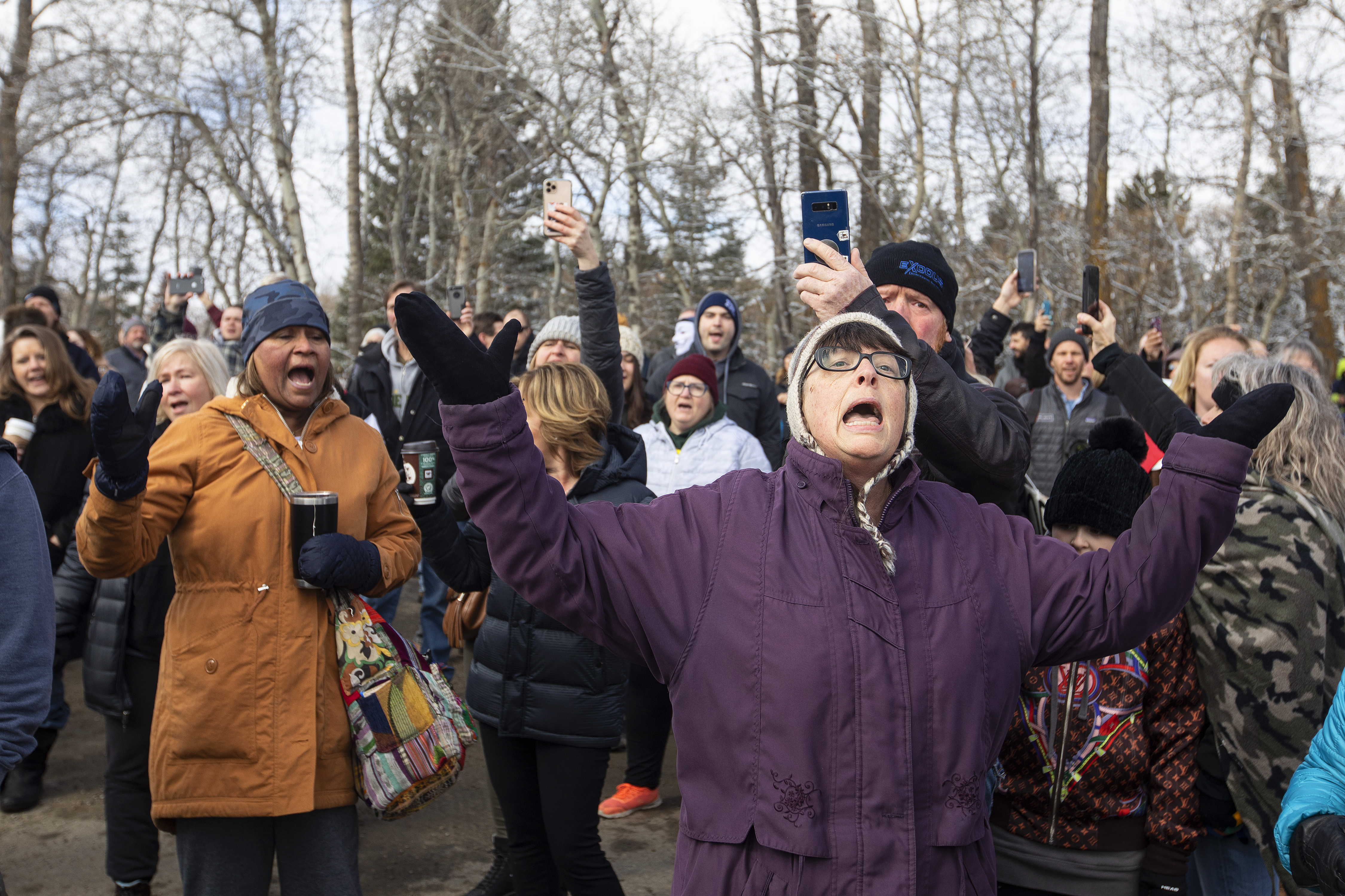 Supporters sang and chanted as they gathered outside GraceLife Church on Sunday. (THE CANADIAN PRESS/Jason Franson)

In a statement released Sunday evening through the Justice Centre for Constitutional Freedoms, GraceLife church stated that its congregants were not at the protest.

“It would be accurate to say that the event attracted far-right and right-wing conspiracy-minded individuals for sure,” Elizabeth Simons, the deputy director of the Canadian Anti-Hate Network, who was monitoring the crowd, told the Globe and Mail. 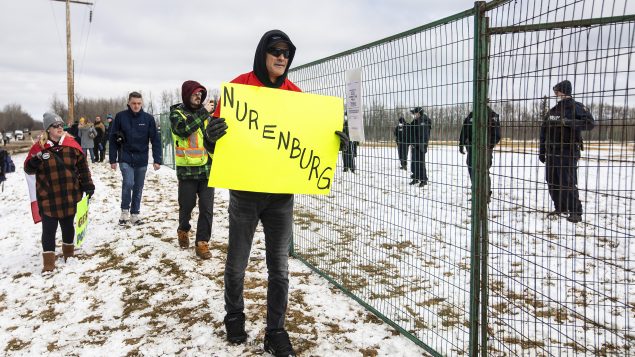 According to a release from neighbouring Enoch Cree Nation, around 150 people “trespassed” onto the First Nation’s territory on Sunday vandalizing Chief Billy Morin’s vehicle, according to Enoch spokesperson Tanya Cardinal.

As well, one trespasser attempted to assault an Enoch councillor, the First Nation said in a statement.

“Although I respect GraceLife protesters’ right to protest, right to worship, and right to free speech, I strongly condemn their illegal trespassing on our land, their vandalization of a Nation member’s vehicle, and their blatant disrespect of our sovereignty as a proud First Nation,” said Chief Morin in the release.

The First Nation set up a checkpoint at the area where the incidents occurred.

It is slated to remain for two weeks.

“This incident demonstrates the need for more public understanding and recognition of First Nations sovereignty and treaty rights,” said Morin.